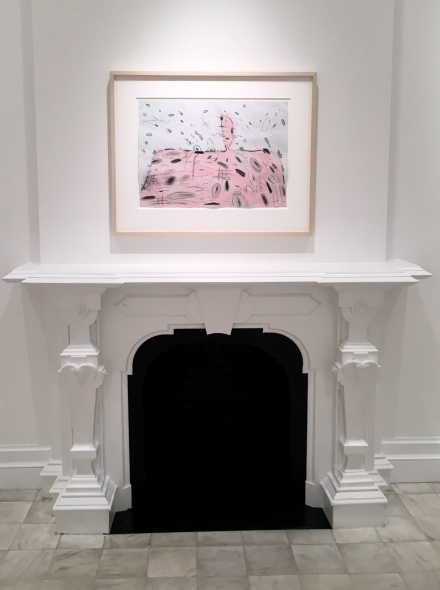 On view throughout Gladstone Gallery’s 64th Street exhibition space, Carroll Dunham’s Drawings track the early stages of the artist’s evolution and interests, introducing concepts that would continue to inform and reshape his practice over the coming years.  Displaying a body of works from 1982 to 1996, the works on view employ a variety of materials, including wood, papyrus, wax crayon and charcoal.  Though lesser known, Dunham’s early drawings speak to his originality and desire to explore a single medium to its full potential. 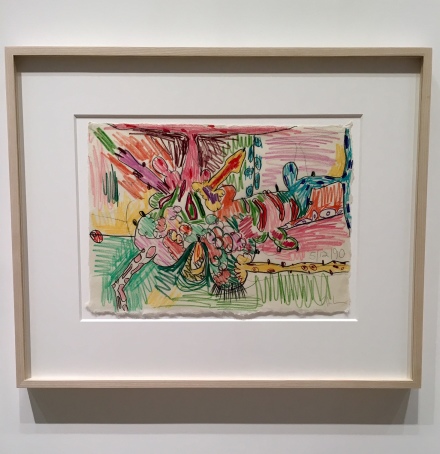 The exploration of drawing is particularly interesting in the case of Dunham’s practice.  His work rarely fit into the context of a single, isolated school, and instead prefers to float freely, blurring lines between pop art, surrealism, and expressionism.  Given Dunham’s feeling that there exists no line between painting and drawing, the patterns begun in these early, gestured drawings unsurprisingly cross over into the artist’s later paintings, while his experimentations seem to derive images themselves from material.  This is particularly evident in his use of wood veneer, over which the artist draws abstracted forms that mirror both the wood’s patterns and Dunham’s typically abstracted, oblong gestures. 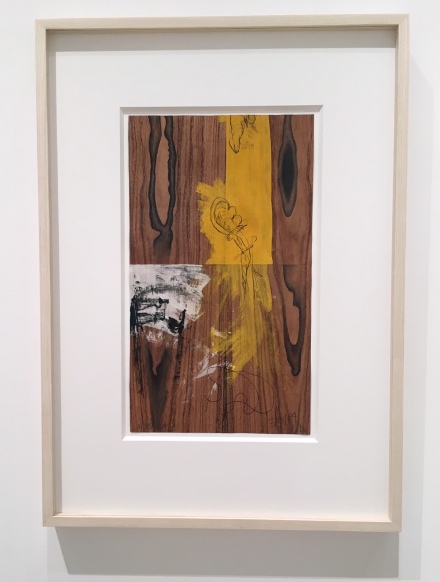 Dunham’s drawings show signs of the themes that will later emerge in his work, yet are of a more exploratory quality, gathering together various series in a manner that demonstrates his use of drawing as a study, yet equally as an exploration of the format itself.  Non-linear and amorphous, his drawings differ from his later figurative works.  Yet his later use of certain figures as a tool for painting is evident in the repeated shapes and gestures that appear in Drawings. 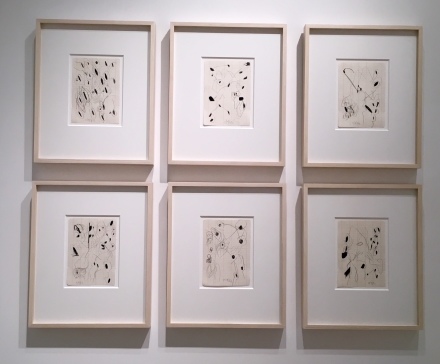 These nebulous sketches contain elements of the repeated symbols of Dunham’s work. For example, several of the fluid, twisting forms here seem to sprout hair, characteristic of his later paintings.  Despite their abstraction, the drawings are clearly a key part of Dunham’s progression toward the work he is known for today.  This style and evolution is distinctly evident in the blob-like growths that litter the exhibition, expressive, yet indefinable forms that elaborate on Dunham’s playful tone, one that resonates throughout his pieces. Though his abstract, often wavelike forms lack the often lewd subject matter of his better known figures, the theme of the body is evident, as is the lighthearted or even subversive treatment of it. 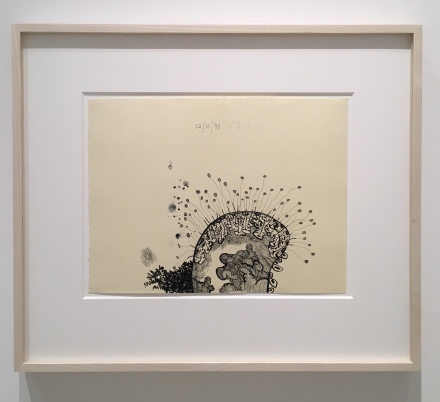 This movement is evident not only in form but also in the use of color throughout. Though many of the works are black and white, the exhibition demonstrates Dunham’s progression of interest from gesture to figure through his use of fleshy colors. While his drawings the lack bright colors of his paintings, it is in these works that he introduces the pink mounds and yellow tones, soft and subtle arrangements that offer a unique introduction to Dunham’s drawings in relation to his exploration and investigation of the body in conjunction with the act of depicting it. 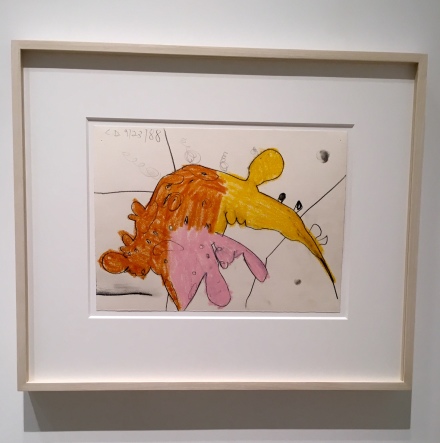 More abstract than much of the deliberately irreverent works that follow, Dunham’s drawings, above all, display an artist shaping and reshaping the practice and purpose of his art.  Gladstone 64’s Drawings 1982-96, demonstrates Dunham’s more subtle side, exploring a variety of shapes rather than recognizable figures, yet it makes clear his trajectory and demonstrates the artist’s characteristic tone and inventive, playful style.

Dunham’s work is on view through October 22nd.

This entry was posted on Friday, October 21st, 2016 at 7:02 pm and is filed under Art News, Featured Post, Show. You can follow any responses to this entry through the RSS 2.0 feed. You can leave a response, or trackback from your own site.