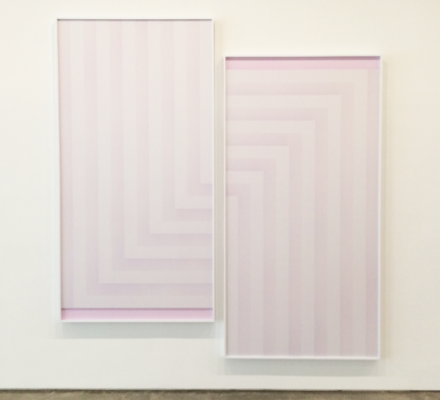 Sara VanDerBeek’s work has long operated at the intersections of process and practice, history and modernity, as the artist allows her investigation of chosen images and art forms to bleed into the image itself.  This mode of practice, pulling diverse material interests into a linear mode of production,  welcomes a nuanced and often multifaceted approach to the cultural and historical contexts of her subject matter, a focus that sits at the center of the artist’s current solo show at Metro Pictures. 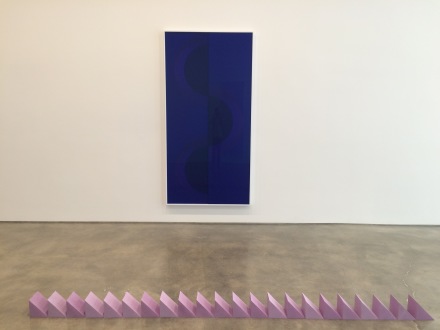 The exhibition presents a multilayered exploration of VanDerBeek’s own process, offering an ongoing engagement that brings each object and piece to bear with the modes of image-making and image presentation that she has frequently embraced over the course of her career.  Spread across the gallery floors are a series of the artist’s sculptures, which take their aesthetic cues from a range of traditionally “craft” associated work.  American quilts, pre-Colombian art and ceramic patterns, each traditionally regarded as domains outside fine art (the exhibition press release refers to them as “women’s work”) are introduced into her work as decontextualized geometric forms, realized throughout the gallery as an intriguing and often mysterious series of objects.  Emptying them of prior cultural associations, VanDerBeek allows the raw visual information of these forms to proliferate beyond their contextually limited containers. 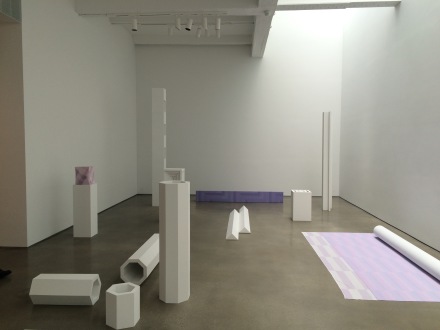 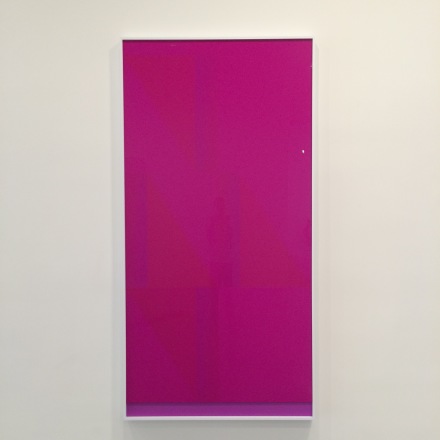 These sculptures also serve as the generative material for the artist’s wall-mounted works, manipulated photographs of her work which have been reprinted several times and then framed, turning the patterns of her previous inspirations another degree away from their initial grounding.  Considering VanDerBeek’s recent work in the exploration of the work’s surface and its role as a medium between the viewer and the content itself, her photographs are notable for their approach to the depth and thickness of the work’s surface in relation to its actual visual content.  The panes of reflective glass over the work add a thin layer of gleaming light to the delicately colored prints, countering the work itself with an added density of light playing over the surface itself.  In some works, glass is even laid into frames with a conscious difference in dimensions, leaving areas of the work where the break in its reflectivity emphasizes the frame and glass as mediating forces in their own right, underscoring the viewer’s understanding and interaction with the piece.  It’s a fitting counterpoint to the images themselves, which have been repeatedly layered over the course of the printing process to create repeating motifs and immersive, intertwined images. 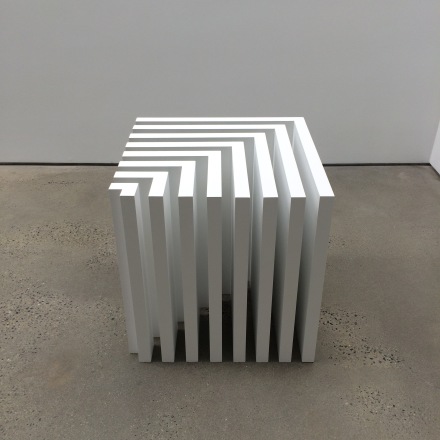 Charting a continued movement betweens sculpture and image, physical object and visual analog, VanDerBeek’s work seeks to pull her chosen forms clear from the limitations of their original contexts.  Rather than settle for a photographic documentation and presentation of the patterns she selected, VanDerBeek’s process turns them into sculptural material over a wide range of techniques and practices, leaving behind a nuanced, intricate network of images and associations that subvert the gendered assumptions of her subject matter, while placing them into a broader system that insists on the potency of their aesthetic character.

VanDerBeek’s work is on view through October 29th. 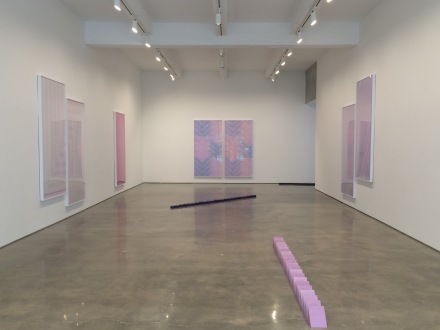 This entry was posted on Saturday, October 1st, 2016 at 12:36 pm and is filed under Art News, Featured Post, Show. You can follow any responses to this entry through the RSS 2.0 feed. You can leave a response, or trackback from your own site.