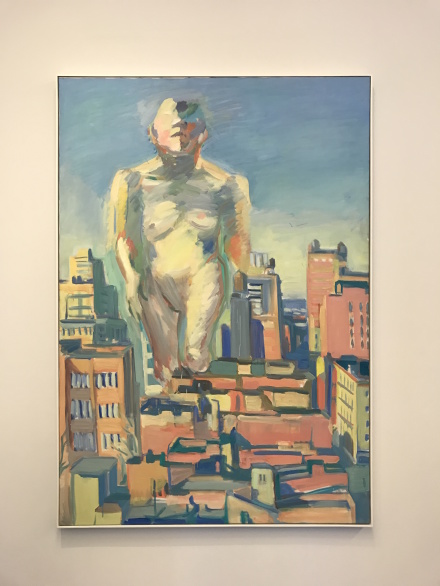 Maria Lassnig, Woman Power (1979), all images via Osman Can Yerebakan for Art Observed

Already a celebrated artist during the late ‘60s in her native Austria, Maria Lassnig left Paris and moved to New York, an unfamiliar city she considered vastly different from Europe, where the power dynamics of the art world were sharply drawn and where patriarchal discourses prevailed.  In addition to ‘body awareness,’ the term she coined to define her painting style in which she exclusively depicted body parts she felt during her painting process, Lassnig had already earned recognition for her surreal and experimental method of employing color to convey corporeality.  Not preoccupied by aesthetic standards defining the human form, Lassnig’s exploration of subliminal complexities as regards the body ultimately offered her compositions a vivid figurative potency. 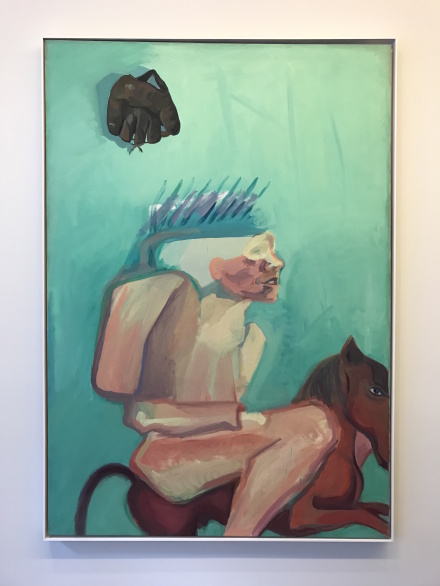 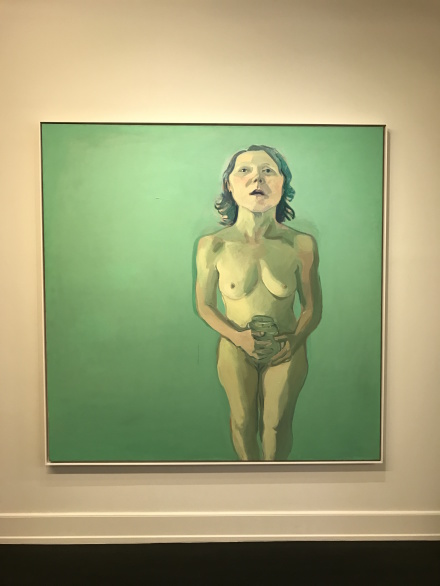 While the artist’s lucid and surreal paintings of her own body still remain among her most famous works, Petzel Gallery’s Woman Power: Maria Lassnig in New York sheds light on her romantic watercolors and pencil on paper drawings, documenting her years on this side of the Atlantic.  Fascinated by New York’s bustling atmosphere and the art scene’s conceptual potency during the time, Lassnig created a range of her most rigorous and studied pieces during her twenty years in the city, a series of which are on view here. Serene cityscapes signal New York’s visual exuberance, charged with the artist’s unique visual perspective, while elsewhere, more intimate, small-scale pieces chart the personal connections and creative allies she forged during her time in the city. 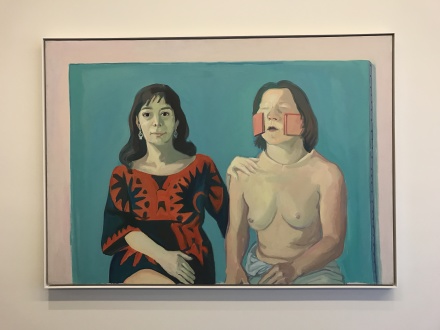 The late artist’s oil on canvas paintings of herself and her friends, such as Silvia Goldsmith, do not fail to demonstrate her greatest gift, which is to paint human form with both a sense of gravity and boundless humor.  The centerpiece is Woman Power, a painting of a nude Lassnig, at enormous scale, striding across the New York skyline as a giant woman. The manifestation of body positivity and rendering of a woman dwarfing the iconic metropolis and its many landmarks underscores her boundless sense of irreverence as applied towards New York, a city she left only a year after creating such a monumental work.  Surreal elements frequently find their way into her work (Lassnig befriended André Breton during her years in Paris), and this specific piece furthers her engagement with the absurd, expanding her often sly jokes to a farcical, monumental scale territory, particularly considering the modesty other works on view in terms of scale and content.  Placing herself head and shoulders above the city itself, Lassnig’s painting shows an artist at the height of her abilities, and her fearless engagement with the city in full view. 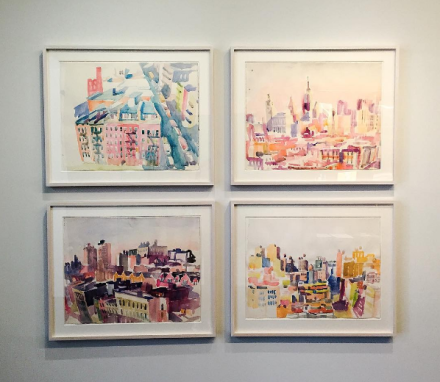 This entry was posted on Thursday, October 27th, 2016 at 12:36 pm and is filed under Show. You can follow any responses to this entry through the RSS 2.0 feed. You can leave a response, or trackback from your own site.