Paris – Maurizio Cattelan: “Not Afraid of Love” at The Monnaie de Paris Through January 8th, 2017 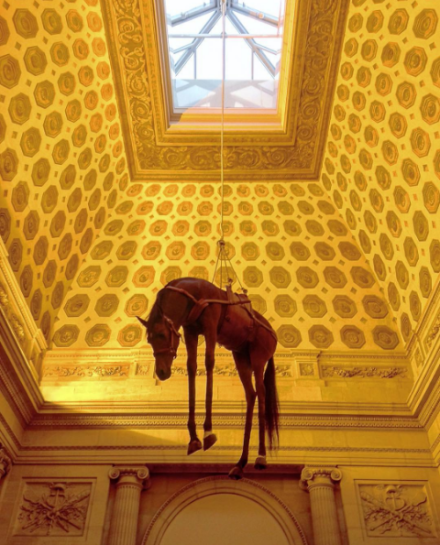 “This exhibition is the very first, after the Guggenheim show, that has more than three of my works altogether: it is a special editing of things I’ve done before retiring. Let’s say it is a post-requiem show, where, like in a Poe’s novel, I’m pretending to be dead, but I can still see and hear what happens around.” So states Maurizio Cattelan in the opening of his press release for Not Afraid of Love, a “comeback at work” that brings together a sizable collection of the artist’s irreverent sculptures and installations at the Monnaie de Paris, a show that stands as both a look back at the artist’s work and a renewed perspective on just what the art world has been missing since Cattelan took a step back from producing art several years ago. 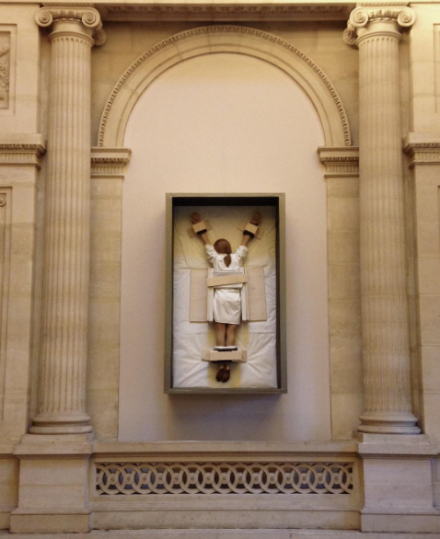 Curated by Chiara Parisi, director of Cultural Programs at the institution, Cattelan’s exhibition runs through the artist’s most familiar and iconic objects and sculptures, using the more than 250 year old building as the site of his coy, winking sculptural operations.  He has long drawn on a sense of disregard for decorum or status, and here his pieces take on new degrees of potency when moved outside of the realm of the gallery or museum proper.  His classic untitled work, in which a caricature of the artist peeks his head out from a hole drilled into the floor, is particularly powerful in this space, where Cattelan undermines not only a sense of regard for the gallery or museum, but for the symbolic presence of currency that the Monnaie represents. 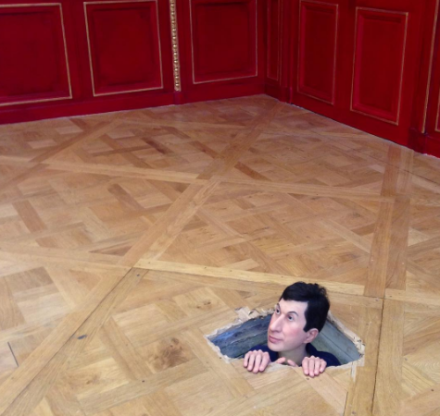 The show is lent an additional degree of strength and intrigue by the inclusion of a series of interpretive texts accompanying each of the works on view, as various art world and cultural agents offer their own takes, jibes and jokes on the artist’s practice.  Speaking of the aforementioned sculpture, for instance, curator Francesco Bonami writes: “It is the self-portrait of literally an underground artist who miraculously found himself in the world of high art. From being a small pickpocketed thief he became a full blown armed robber. This work tells about this transformation.” 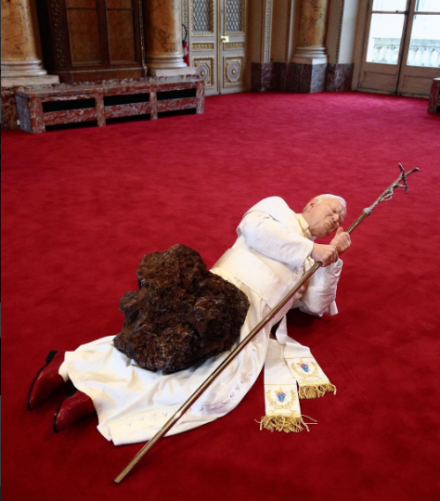 Cattelan’s works continue their series of operations throughout the show, reflecting in turn on the artist’s practice and impact as much as the show does on their current context.  Of particular note is the striking installation of Novecento, the classic work depicting a hanging horse, strung above the viewers heads.  Yet here, placed against the backdrop of the Monnaie’s towering walls and neoclassical detailing, the work manages to bring the architecture’s lofty ideals back to earth. 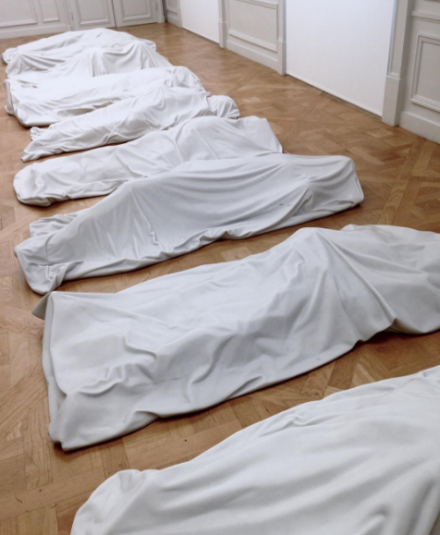 Maurizio Cattelan, All (1997), via Art Observed

It’s perhaps this sense of simple visual poetics that make the artist’s work so consistently fresh, even when shown decades after their first instantiation or installation.  His sense of a well-told joke, and the emphasis on the essential elements of a quick, yet potent sense of aesthetic wit, allows his pieces to reach out into the sites around them, leveling new critiques and offering new light on the environments in which they are shown.  Here, in a space so tightly embroiled with the global history of financial power, Cattelan’s works speak louder than ever. 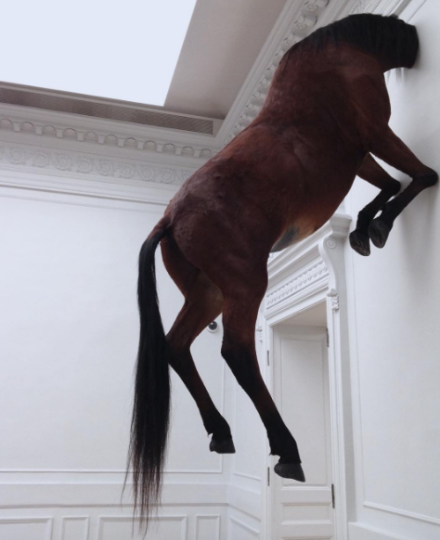 This entry was posted on Tuesday, November 22nd, 2016 at 1:24 pm and is filed under Art News, Featured Post, Show. You can follow any responses to this entry through the RSS 2.0 feed. You can leave a response, or trackback from your own site.