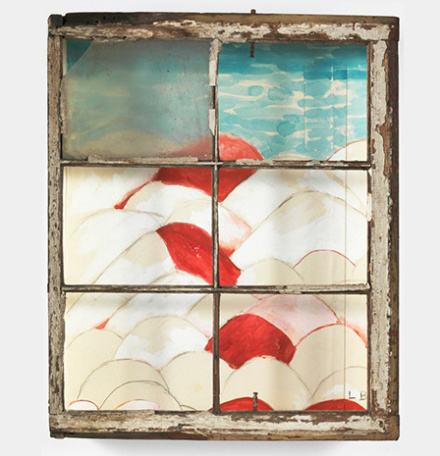 During the last decade of her life, Louise Bourgeois began immersing herself in the techniques of soft-ground etching, rendering delicate lines and twisting, nuanced forms on a series of copper plates before transferring the images to paper.  Combining a number of the artist’s long-running pictorial interests in conjunction with her often inventive approach to both her tools and her own personal history, the works stand as a striking, yet subdued, re-interpretation of her own practice, branching out into new modes of practice in her final years. 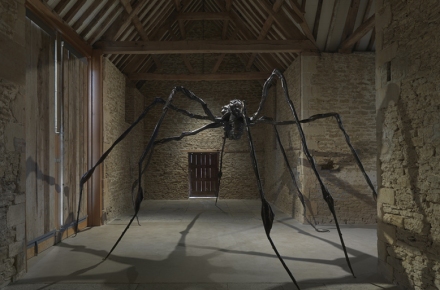 This body of work, 38 etchings in total, has been collected and exhibited together for the first time at Hauser & Wirth’s Somerset compound this fall, a major exhibition of a series of Bourgeois works that only gain strength and gravity from their exhibition as a series.  Long-serpentine forms, each collecting varied tones and shades of ink, negotiate with abstracted biological forms nearby, often incorporating the structures and forms of plants into twisting, organic clusters, while elsewhere, Bourgeois joins slurred layerings of paint with snatches of written text.  The scale and perspective of these works, often rendered in extreme close-up, underscore a sense of connection in its proximity to the eye, a sense of physical intimacy that pervades the images on view.  Even the show’s more abstract compositions take on this sense of personal reflection and solitude, with considered attention paid to simple forms and movements that imbue the images with a sense of deep personal commitment, even as they float in a ghostly disconnect from reality. 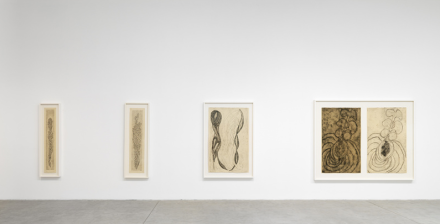 The works are joined by a series of the artist’s more immediately recognizable works, among them one of her Spider sculptures, which looms over the viewer in a separate exhibition space.  Comparing this room, with its bare stone walls and unfinished ceiling, with those housing Bourgeois’s prints, the show wends a fascinating visual contrast between modes and themes in the artist’s work.  Transferring the energy and emotional potency of these late prints, shown in the space’s subdued white space galleries, with this massive and imaginative re-examination of the spider’s anatomy, one can trace a sense of close connection with the natural world that is often overshadowed by its monumentality.  Here, placed in close quarters, and contrasted with a series of drawings that take a similar perspective on natural phenomena, Bourgeois’s sculpture feels drawn increasingly towards an understanding of both the artist’s own internal universe, and the world that surrounds her. 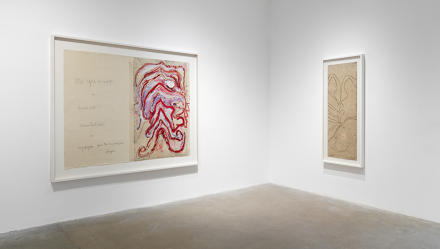 Exploring this perspective on the slightest elements and nuanced forms of her life and practice, this series of works offers a fascinating new look at Bourgeois’s late practice, drawing together a series of works that provides both an elaboration and expansion of her already impressive oeuvre.

The exhibition is on view through January 1st. 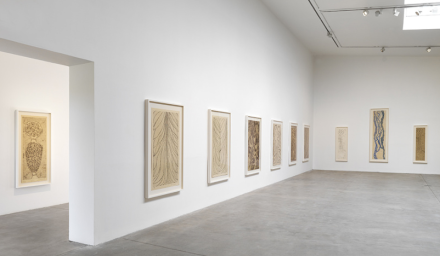 This entry was posted on Monday, November 21st, 2016 at 1:24 pm and is filed under Art News, Featured Post, Show. You can follow any responses to this entry through the RSS 2.0 feed. You can leave a response, or trackback from your own site.