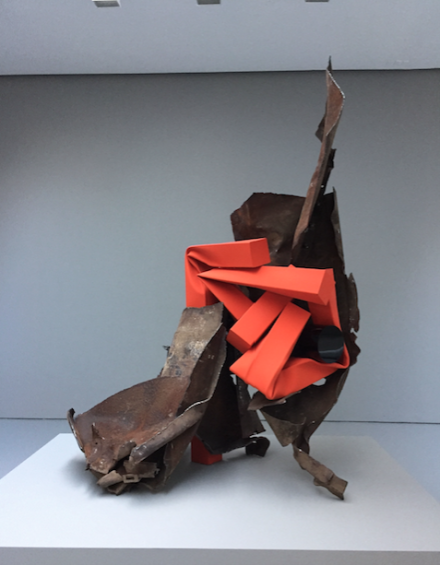 Marking her first exhibition with David Zwirner in New York since joining the gallery, Carol Bove has brought a body of new works to the gallery’s 19th Street location, marking a continuation and expansion of her unique sculptural language refined through a series of references and touchstones pulled from the language of modern sculpture. 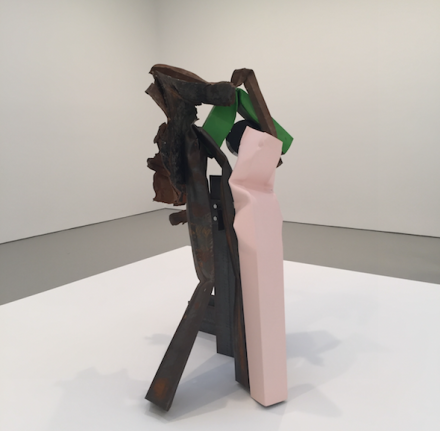 Bove’s work has long mined the archives of modern art history, pop culture, and even esoteric philosophies, and diverse spiritual exercises in past works, using these elements to create freely associative, looping forms and intricate configurations of hard steel implements, fragments of plants and other natural elements folded into enigmatic arrangements that complicate understandings of the relationship between human civilization and the world around it.  Applied here, her work pushes these formal engagements with the landscape of modernity further into the foreground, while a new sculptural vocabulary of primary colors, punctuations of urethane, and found materials that push her work into a deeper engagement with thoughts and theories she has long explored. 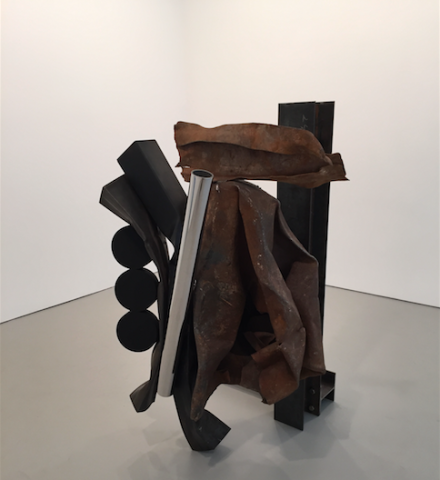 Earlier concepts in Bove’s work, which frequently used collections of material (books, feathers, steel, and other odds and ends), present themselves in subtle inflections here, utilizing the same sense of comparison and contradiction through a more condensed format.  Rather than explorations of the conflicting or complimentary cultural forms she previously culled together, her works draw on the sculptural form itself, examining base contradictions in form and shape, color and light.  A bold flash of orange coats several beams in Daphne and Apollo, for instance, creating a sense of movement through the crumpled fragments of found steel, while elsewhere, Hylomorph incorporates her previous use of steel i-beams in conjunction with a similar use of brightly colored, twisted steel.  Countered by several variations on this form on a single platform, her pieces seem to embrace this sense of formal conversation, each variant on simple additions of color and line opening interesting perspectives on the work’s internal logic. 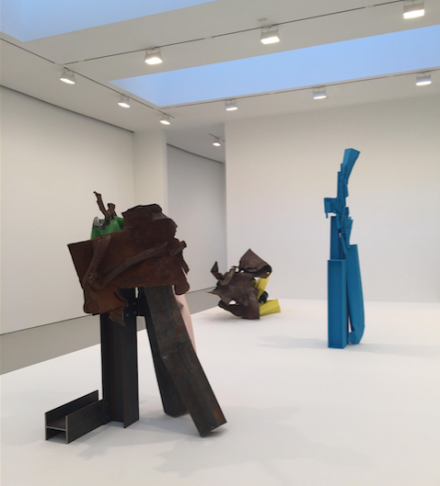 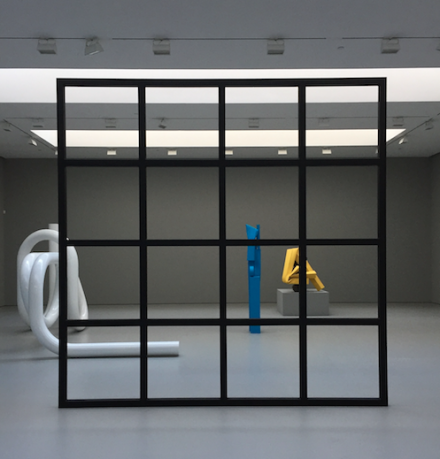 Taken as a whole, Bove seems to branch out into new explorations of form and shape at the most elementary levels throughout the show.  While her past works saw her exploring the fusions of form and function that result from the work’s diverse modes of composition, her pieces here seem to distill that same sensibility to its most basic elements, complemented by what appears to be her expanded resources working with Zwirner.  The works seem to embrace a sense of self-examination, or self-measurement, rather, using their own compositional forms to explore the act of assemblage.  This is mirrored almost perfectly in the arrangement of works around Endymion, a massive grid that ultimately presents the surrounding pieces as graphic analogs to its own hard lines, as if it served as a focal, and focusing, point in the consideration and understanding of each work’s presentation. 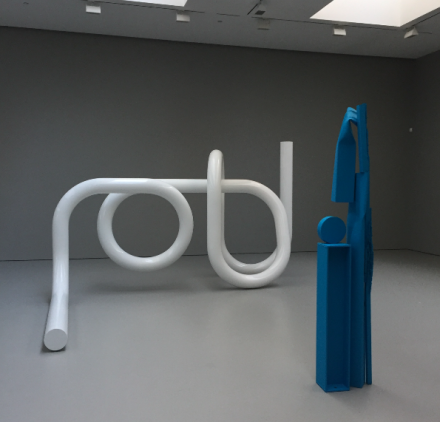 This sense of self-reflection is ultimately what drives Bove’s work forward throughout the exhibition, rendering a series works that take her interests to their most concise results, sculptures so focused on their internal composition and elements, that their final construction presents an air of almost ephemeral effortlessness.

Polka Dots is on view through December 17th.

This entry was posted on Thursday, December 8th, 2016 at 5:41 am and is filed under Art News, Featured Post, Show. You can follow any responses to this entry through the RSS 2.0 feed. You can leave a response, or trackback from your own site.