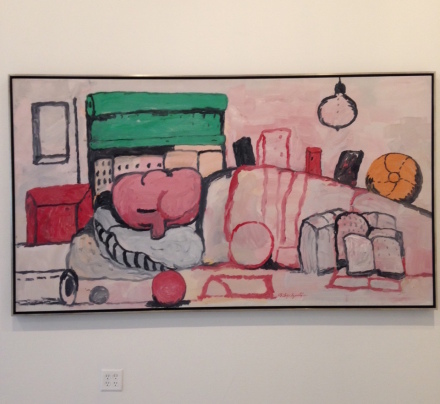 Philip Guston, Alone (1971), all images via Osman Can Yerebakan for Art Observed

On view at Hauser & Wirth’s temporary 22nd street location, Laughter in the Dark compiles one hundred and eighty pieces created by artist Philip Guston between 1971 and 1975.  Working feverishly at his Woodstock studio in response to the highly contentious, corruption-filled presidency of Richard Nixon, the artist’s work carries exceeding resonance in the post-election landscape of American politics.  Opening just days before Donald Trump took the presidency, the show traces several connections and common threads between Guston’s era and our own, and offers a glimpse at how art and humor may sustain a nation struggling once again with its sense of identity. 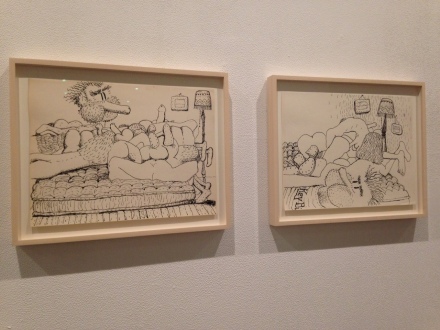 Conceived following an Italian retreat Guston took following his notoriously panned show at the Marlborough Gallery in 1970, the artist turned towards subdued, small-scale drawings that served to expressed his disgust with the Nixon administration, influenced by several chats with author fellow Woodstock resident Philip Roth.   Never before shown in the U.S., these works continued Guston’s approach towards cartoonish figuration, yet twisted his form into a viscerally political, satirical format. 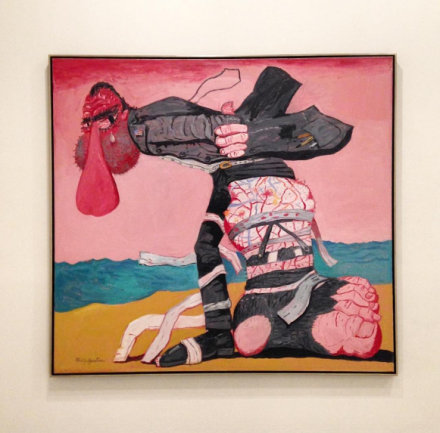 Depicting Nixon as a tragic figure, trapped in a swirling torrent of political power and treacherous actions, Guston’s drawings take the visual and narrative attributes of a literary political satire, turning the corrupt Republican into a debauched caricature, often engaging in a variety of mundane engagements and peculiar political scenes throughout the series.  Guston spares no attention to Nixon’s nose, which could substitute for the president’s phallic organ, echoing patriarchal ideology and the performance of masculinity.  Appearing in various scales, his nose echoes Nixon’s constant obsessions with political approval, compliance and power, turning his form by some measure into a caricature of American politicians more broadly. 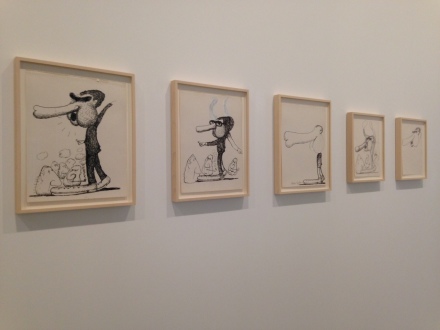 Throughout Guston’s various hyperbolically surreal scenarios, Nixon serves as a focal point for commentary on the varied social and political crises of an America embroiled in both Vietnam and the Watergate scandal, further underscoring the president’s role in these events and the impact his terms left on the American psyche. 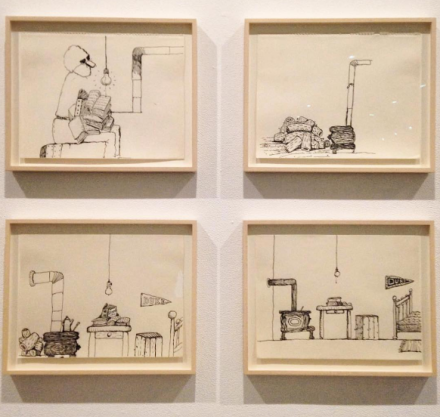 The show also features a series of large-scale oil paintings on canvas, accompanying the more modest images nearby.   In Bed II and Alone both depict a lonely man listlessly lying in bed.  Portraying the adverse public scenes in the streets during the Nixon administration, the figure’s utter disorientation contrasts Guston’s joyous color palette and mellow brushstrokes.  The artist’s grasp of the impact political unrest projects on personal space, and on  mental well-being, bitterly correlate to the present landscape in the United States.  In the face of this current situation, however, Guston reminds the viewer of the power humor holds over the demagogues of our era, and the subversive action of laughter itself. 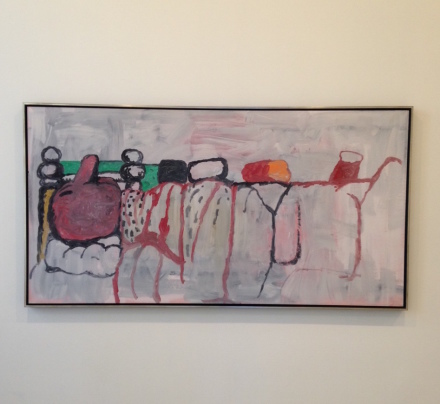 Philip Guston: Laughter in the Dark is on view at Hauser & Wirth through January 28, 2017.

This entry was posted on Friday, January 20th, 2017 at 12:42 pm and is filed under Art News, Featured Post, Show. You can follow any responses to this entry through the RSS 2.0 feed. You can leave a response, or trackback from your own site.