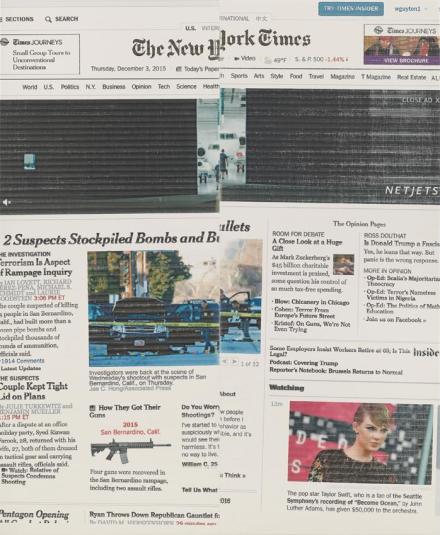 Marking an expansion and elaboration of his ongoing engagement with the materiality and phenomenology of digital media formats, Wade Guyton is presenting a series of inkjet printer-based works from late last year at Petzel Gallery this month.  Comprised of scanned and reprinted pages from the New York Times, Guyton’s body of new works reflects on both the commodity value and disposability of both images and their technologies in the modern landscape. 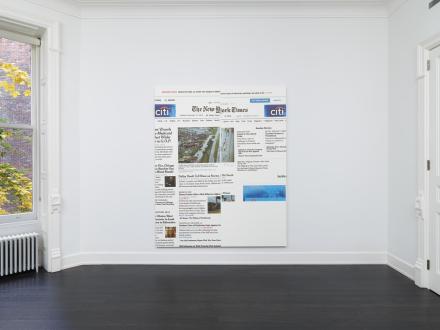 Guyton’s works are particularly frank in their address of the modern media landscape. The exhibition press release takes pains to mention both the model of the Epson Printer used to produce the images, and the type of ink used, making the pieces ultimately prone to reproduction by anyone holding the same commercially available products.  Even the dates of the newspaper covers are included, tracing the events depicted to concrete progressions of time that bear similar conceptual notes to the work of On Kawara. 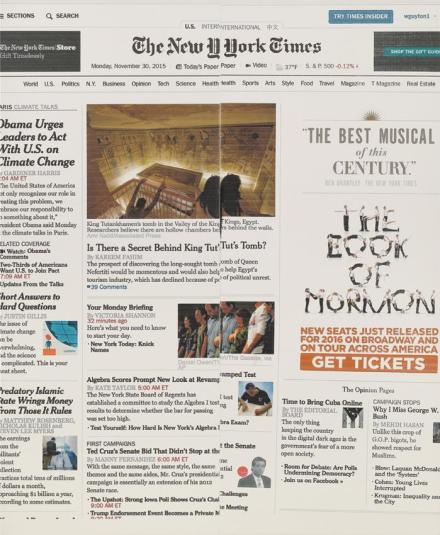 Yet Guyton’s work is equally notable for the divergence in craft and technique that separates his exercises in date painting from Kawara’s meticulous cataloguing.  His images are defined by glaring technical glitches and deficiencies.  Figures are images are poorly toned or shaded strangely by a lack of ink, while elsewhere, the printer’s lack of ink to cover the space leaves large bars of discoloration, bringing out the digital limitations that Guyton has mined to similar effect throughout his career.  Similarly, many of the works are split down the middle, a momentary break in the printing procedure that leaves precise moments of disintegration in the image’s coherence. 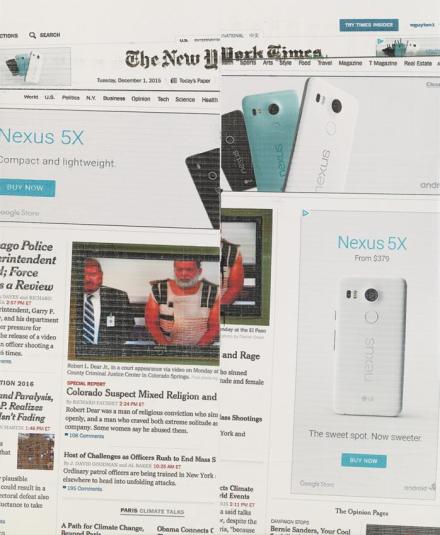 Combined with the contextually-grounded nature of these works, Guyton’s works operate on an interesting series of conceptual progressions, particularly in the framework of a particularly turbulent year in American politics and culture.  Viewed from the other side of the election season, the inflections of violence and political posturing depicted on the Times’s front page manages to feel like telling hints at the coming months.  Guyton’s approach to these moments, and to the act of archiving itself, underscores the ever-increasing pace of media proliferation.  As historical and political narratives accelerate in pace and output (in a year perhaps best defined by the impact of “fake news” on the political election), Guyton’s work examines the mode of news conveyance, and its dual nature as both a disposable physical commodity, and a mode of preservation for discrete bits of data in broader historical progressions. 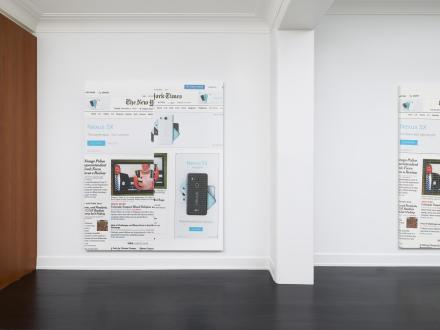 Yet while the artifact becomes almost as immediately accessible as the event itself through the proliferation of digital image reproduction, Guyton’s work equally addresses a sense of fallibility in the comprehension, construction and consideration of these narratives.  Much in the same way that these images ultimately fail to accurately reproduce themselves on canvas, given over to smears of color and line, Guyton’s work points to the image’s inability to offer coherent or accessible truths to those in need of answers.  Much like the news source he pulls directly from, the New York Times paintings are confined to another mode of data reproduction that rarely offers broader context beyond the days news.

The exhibition is on view through January 14th.

This entry was posted on Sunday, January 15th, 2017 at 5:51 pm and is filed under Art News, Featured Post, Show. You can follow any responses to this entry through the RSS 2.0 feed. You can leave a response, or trackback from your own site.