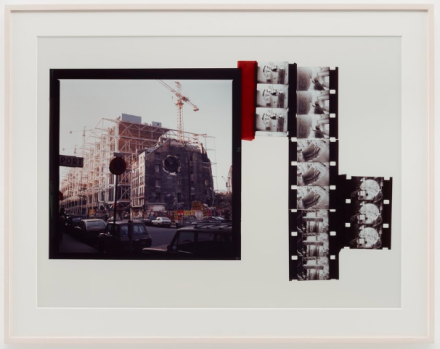 Reflecting on the far-reaching impact of artist Gordon Matta-Clark’s career, Marian Goodman Gallery has opened an exhibition of works by the American artist, combining collages, drawings, video and other works that trace the artist’s enigmatic explorations of space and use, and the artist’s place as a negotiator between these states of stillness and movement. 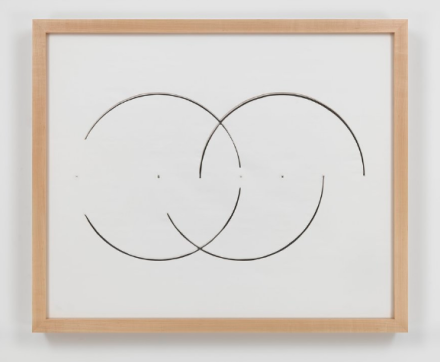 Perhaps best known for his large-scale projects cutting massive holes and cones through multiple walls of a selected building, Matta-Clark frequently drew on his sense of the architectural in a range of works, studying how the pre-established arrangement of spaces and forms can be repositioned or subverted through various actions.  Conical Intersect, one of the artist’s most notable works in this series, is presented here through a series of documentations, including video and photo, that illustrate the impressively-scaled project and the demands in realizing what appears as an almost effortless intervention in space. 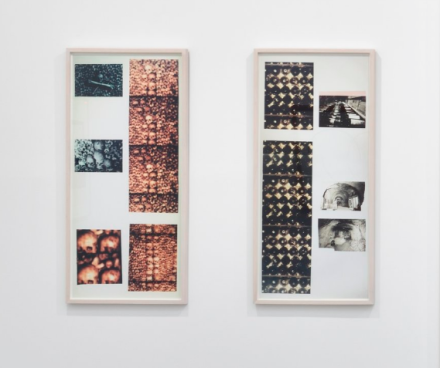 Yet Matta-Clark’s work is equally interested in this sense of effortlessness and sensations of expended energy in the realization of his works.  His works frequently draw on a sense of the artist’s movement through a city, or on a perception of his work as a series of carefully-focused, then quickly executed operations.  Cut Drawing, which focuses similarly clinical precision into a series of quick movements, realizes several looping arcs on the paper’s surface, conjuring a sense of vivid energy that keeps the work moving between taut balance and a sense of formal destabilization.  Similarly, the artist’s series of Arrows, drawings that realize twisting shapes and figures through the use of varied arrows.  Studying the ability of the image to present a sense of movement through the vectors his arrows imply, the images play on the static nature of the image, keeping the viewer’s eye roving over the surface of the space from point to point. 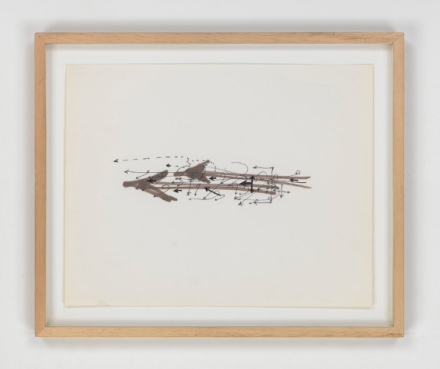 By contrast, the artist’s series of Walls, Photoglyphs, and Sous-Sols de Paris works draw on the artist’s own movement through densely layered spaces of architectural meaning.  Using photo documentation to render the palimpsestic nature of urban graffiti, brick layers and buried sites in New York and Paris, Matta-Clark’s works create a sense of both the twisting, intricately overlaid human actions and structures that constitute urban space, and the often withheld narratives that both render these images visible or offer their context for existence in the modern world.  His Souls-Sols de Paris works particularly well in this mode, presenting a series of photographs that weave together varied spaces across Paris and its underground caverns, while remaining somewhat abstracted from the story of Matta-Clark’s movements and research into the significance of these spaces.  Similarly, his capture of spray-painted walls in the Bronx captures the signatures of varied graffiti artists on the walls of the borough, yet leaves little in the way of an awareness as to who, or why, these images persist. 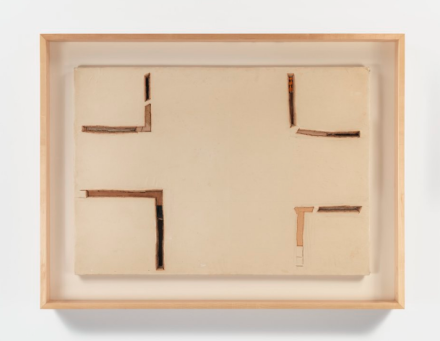 These negotiations; between formally spare images and dense layers of meaning buried in the surface of the work, underscore the artist’s aesthetic interests in gradually unfolding perceptions of urban space, and the physical actions that animate them.  The exhibition is on view through January 19th.

This entry was posted on Monday, January 9th, 2017 at 10:00 pm and is filed under Art News, Featured Post, Show. You can follow any responses to this entry through the RSS 2.0 feed. You can leave a response, or trackback from your own site.