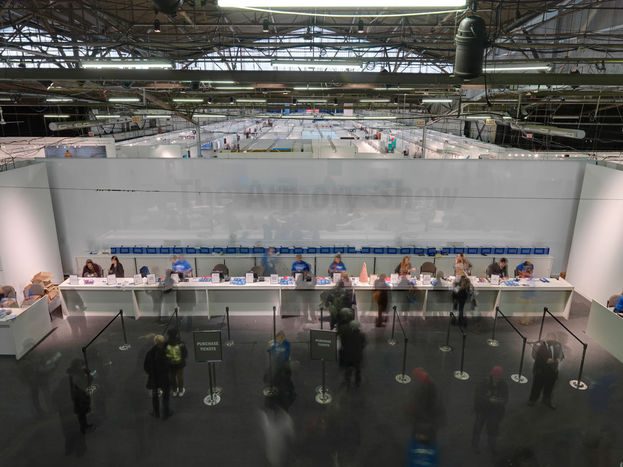 Returning once again to the spacious halls of Piers 92 and 94 on Manhattan’s West Side, the Armory Show will open its doors this week in New York City, bringing the landmark art fair back for its 23rd year.  Marking its first year with former artnet head Benjamin Genocchio at the helm, the fair will continue its tradition of sales, talks, and projects spread across the piers, joined by an increasingly expansive series of events around the city at large. 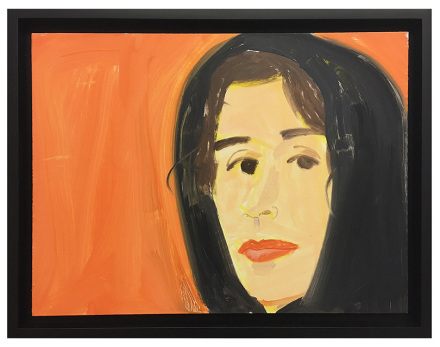 Genocchio has already pledged to revamp the fair’s layout in his first year running the fair since director Noah Horowitz left to become director of the Americas for Art Basel, and has indicated a more leisurely browsing experience for attendees, widening the aisles and reorienting the booths at to feature more lounge areas and spaces for special projects.  Also of note is an abandonment of the traditional separation of Modern and Contemporary sections from pier to pier, instead incorporating a new section called Insights that will focus on 20th Century art and artists against the broader landscape of a more contemporary-focused fair (the number of dealers in this section has been notably reduced, cutting down from 55 in the Modern section to 36 exhibitors now). 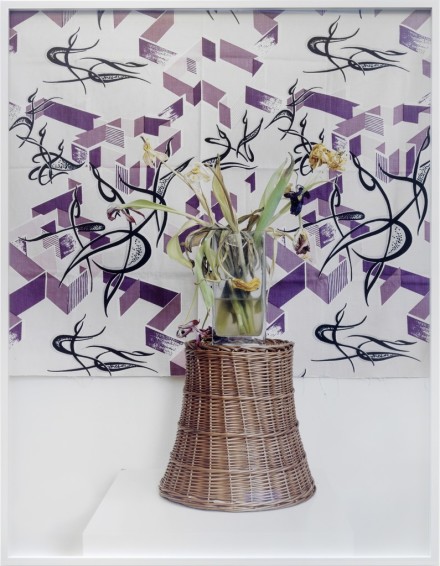 Pace Gallery will be on hand, showing work by the collective Studio Drift, who will be levitating a large block of concrete in the space, further strengthening the gallery’s continued commitment to tech-savvy art in the last few years, while Marianne Boesky will bring a diverse body of works including pieces by Jay Heikes, Björn Braun and others.  The fair will also feature a new section titled Platform, which borrows a page from the Art Basel playbook to exhibit large-scale installation works from a group of 11 artists.  Curated by Sotheby’s Eric Shiner, who previously helmed the Armory Show’s 2013 Focus section, the section will spotlight works by Ai Weiwei, Olga de Amaral, and Iván Navarro, among others. 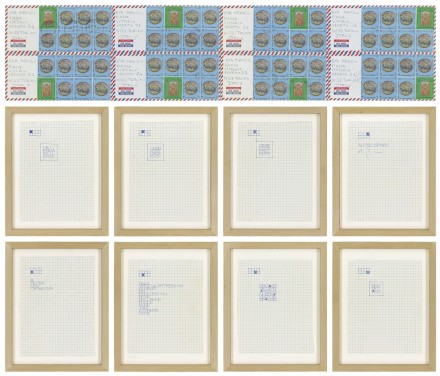 The fair’s popular Presents section, which explores the work of young galleries (in operation for under 10 years), and primarily centers around solo or dual artist exhibitions also returns.  Highlights will include a series of painter Mernet Larsen’s rigid, subdued scenes on view at L.A. Gallery Various Small Fires, as well as an appearance by Havana-based gallery El Apartamento, where works by Diana Fonseca will be on view.  The Focus section, which provides space for galleries to explore the work of a single artist, will also return, with a selection that includes work by photographer Deana Lawson at Rhona Hoffman Gallery, and a reflection on the work of artist Senga Nengudi on view at Lévy Gorvy Gallery. 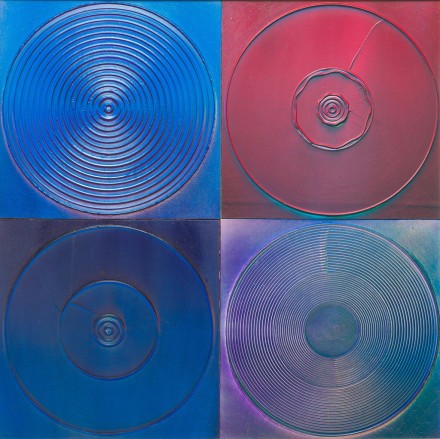 The fair’s talk section is also pushing a more dynamic agenda this year.  Particularly impressive is a panel discussion on the state of painting, bringing together David Salle, Alex Katz, Dana Schutz, and Chris Martin, a rare opportunity that brings together some of the medium’s most salient names and dynamic practitioners from the past 50 years.  Jeffrey Deitch, who will re-stage his booth on Florine Stettheimer from the 1995 Gramercy International Art Fair (the Armory Show’s historical predecessor), will also be hosting a series of his own curated talks at his booth.  On Sunday, writer Orit Gat will hold a conversation with Joshua Citarella and curator Troy Contrad Therrien of the Guggenheim, analyzing prominent themes and subjects in the artist’s work against the backdrop of an increasingly crowded digital art landscape. 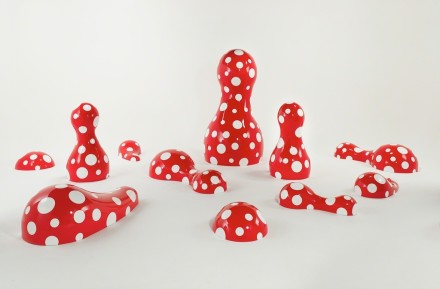 Yayoi Kusama, GUIDEPOST TO THE NEW WORLD (2016), via Victoria Miro

A return by Armory Week also signals the return of the ever-popular Armory Party at MoMA this coming Wednesday, celebrating the kick-off of proceedings with a buoyant event at the museum that will feature a live performance by the band St. Lucia, as well as a series of DJ sets. 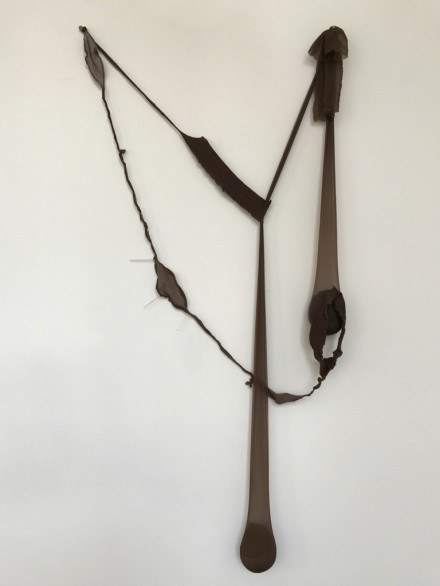 While the annual fair week has been known as something of a packed week, this year will see the proceedings grow even fuller, as NADA New York bumps its position in the calendar up to March from May, ostensibly in an attempt to avoid the scheduling issues caused by the close proximity of the Venice Biennale and Frieze New York this year.  This joins the already busy group of satellite and sister fairs, including the ADAA Art Show, Independent, and young upstart SPRING/BREAK.  With this depth of fairs, it would appear many galleries have chosen to customize their offering, splitting booths between Independent, ADAA and the Armory Show (or elsewhere) to feature varied projects and pieces in each space. 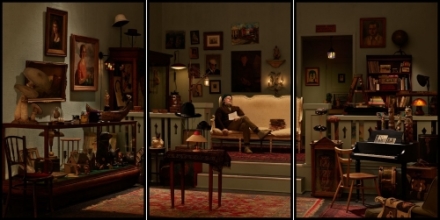 Rodney Graham, Antiquarian Sleeping in his Shop (2017), via 303 Gallery for ADAA 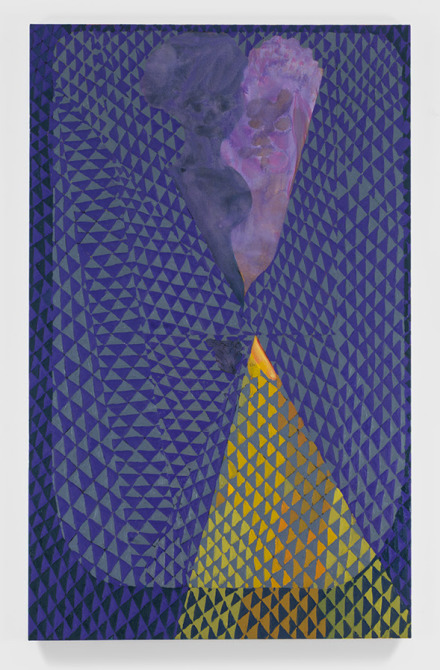 Considered the Armory’s sister fair, the ADAA Art Show takes up its annual post at the Park Avenue Armory, marking its more honed approach to the week’s selling events.  Giving booths over to a smaller, more considered group of exhibitors, the ADAA exhibition encourages a curator-first approach, with booths giving their spaces over to single or dual artist exhibitions, as well as the occasional group show focused around more historically-engaged subjects and concepts.  Of particular note this year is a presentation by Peter Freeman, Seriality and Repetition, which draws on a wide range of works by Mel Bochner, Agnes Martin, Gerhard Richter, and Richard Serra to explore varied approaches to the canvas as a site for minimalist action.  Other notable booths include an exhibition of works by Arshile Gorky at Hauser & Wirth, and a show of works by Chris Ofili on view at David Zwirner. 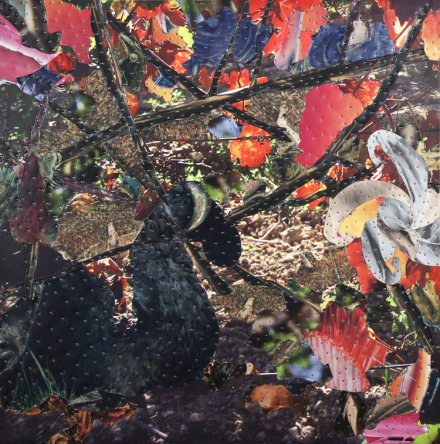 Tony Berlant, Some Other Place (2011), via Kohn Gallery 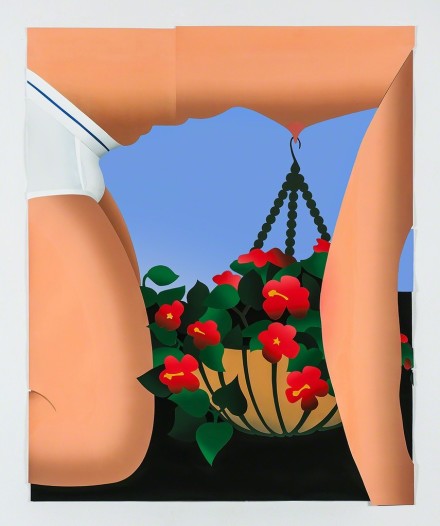 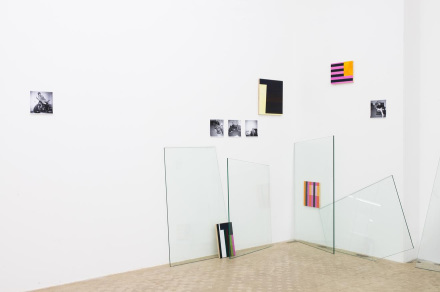 Also returning this year is Independent NY, one of the week’s more boutique offerings, and one which has seen distinctive success in its few years of operation.  Having moved last year from Chelsea to Spring Studios in TriBeCa, the fair is looking to continue its strong offerings during Armory week.  Pulling together a range of both larger galleries focused more around project-oriented booths and smaller galleries looking to expand into a more substantive market, the fair is a nice complement to the week’s proceedings.  This year, Invisible-Exports will be on hand, showing work by Anne Doran and Scott Treleaven, while Elizabeth Dee is bringing work by artist Doug Ashford.  Lehmann Maupin will also join the fray at Independent this year, stepping back from The Armory Show to feature works by Patrick Van Caeckenbergh (the gallery will also show new pieces by Billy Childish uptown at the ADAA). 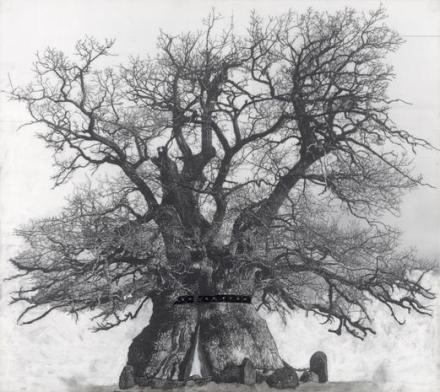 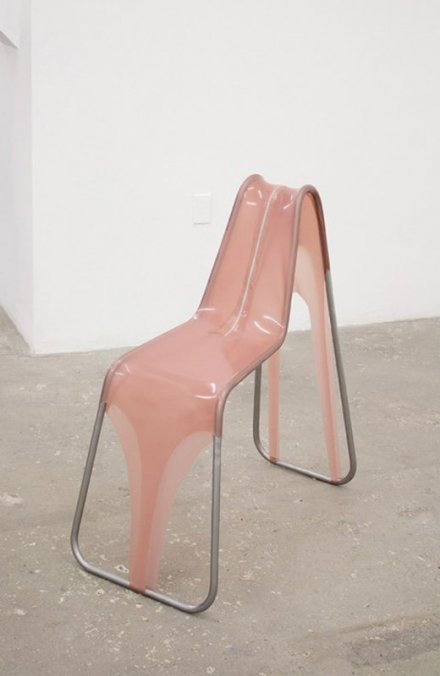 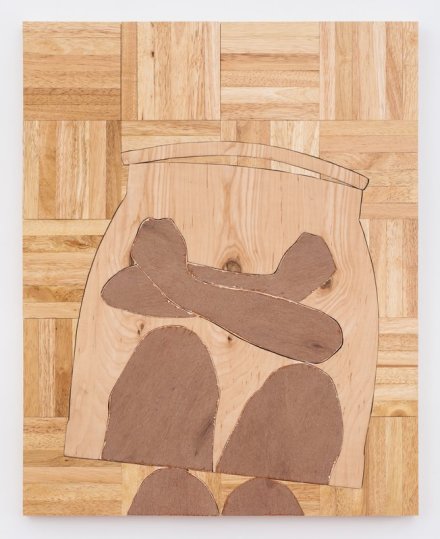 Sliding up into the bustling March art week is NADA New York, which brings a new venue to match its new scheduling, taking up space at the Skylight Clarkson North, downtown at 572 Washington Street.  Splitting many of its usual exhibitors with the Independent NY fair held only a few streets away, the fair seems to be narrowing its focus towards smaller galleries and tighter programming, with an impressive number of project booths that will look to strengthen its platform during the crowded week of offerings.  11R will be on hand, presenting a series of elaborate works by Volker Hüller and Michael DeLucia, while Harper’s Books will present works by Sadie Laska and Don Christens.  The gallery will also return its collaboration with Print All Over Me, offering exclusive printed clothes and objects featuring work by La’Fem Ladosha, Linda Simpson, Jimmy Paul and more. 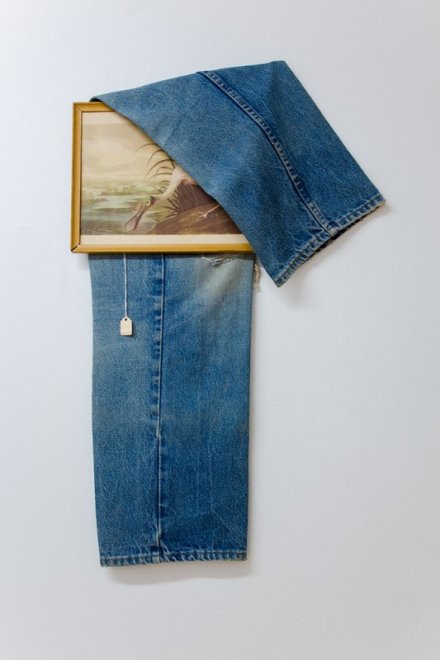 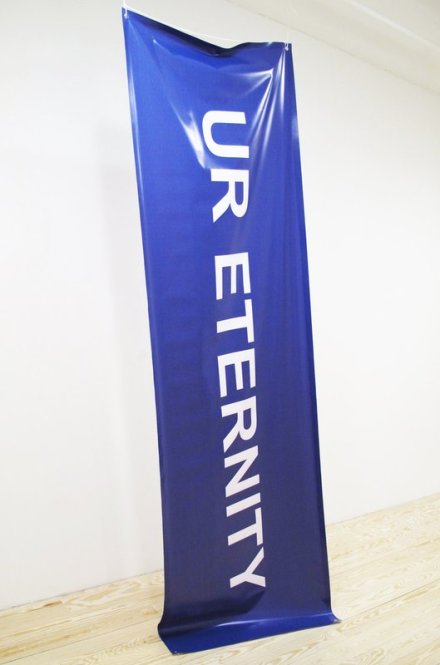 Last, but certainly not least, is the wildly popular Spring/BREAK event, a sprawling, curator-focused show that will leave its unique haunt atop the 8th Avenue Post Office for a new, and perhaps equally interesting venue at 4 Times Square, NYC, a former office space turned into an expansive exhibition, where project-based shows will showcase a wide range of young artists from New York and abroad.  This year, the event turns its attention towards a unified prompt, Black Mirror, encouraging artists to reflect on the status of the self, and artist’s attempts at either depicting or obscuring it through their work. 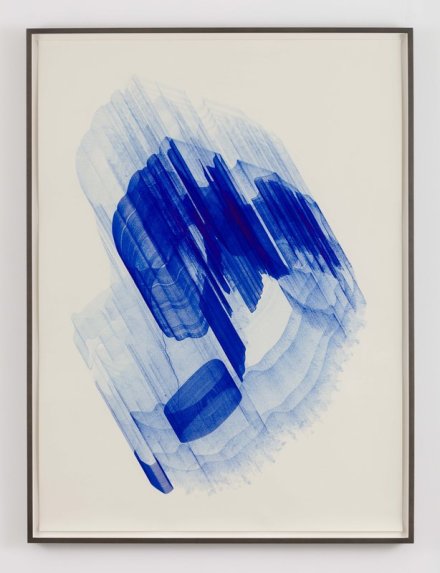 The week will also see a series of openings that will complement a full calendar of sales events, including a show of paintings by R. B. Kitaj at Marlborough Contemporary, and one focusing on the work of French filmmaker Agnès Varda at Blum & Poe.  Pedro Reyes will also be in town this week, opening a new show of works at Lisson Gallery.

The fairs begin Tuesday night with the preview event for Spring/Break, and continues with the Armory’s Show’s VIP opening the next morning.  Fairs will run through Sunday, March 5th. 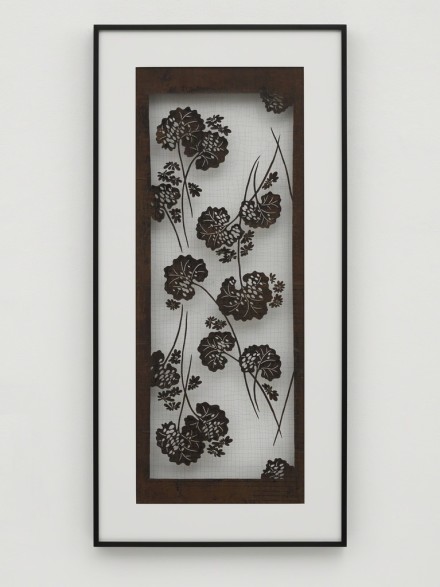 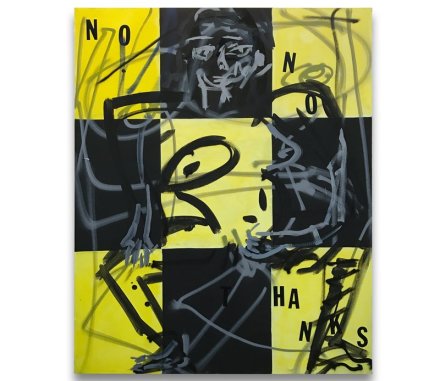 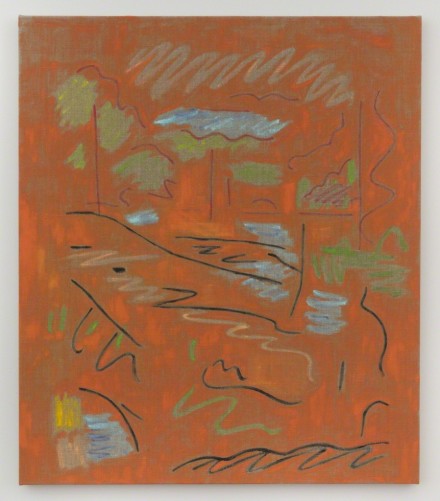 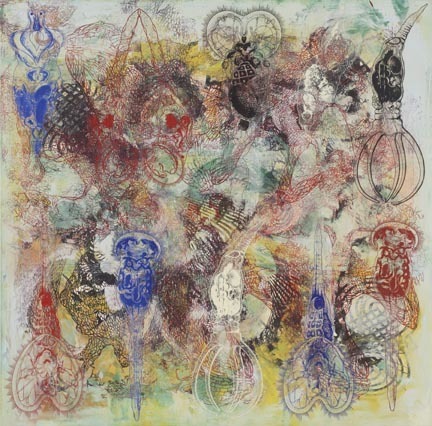 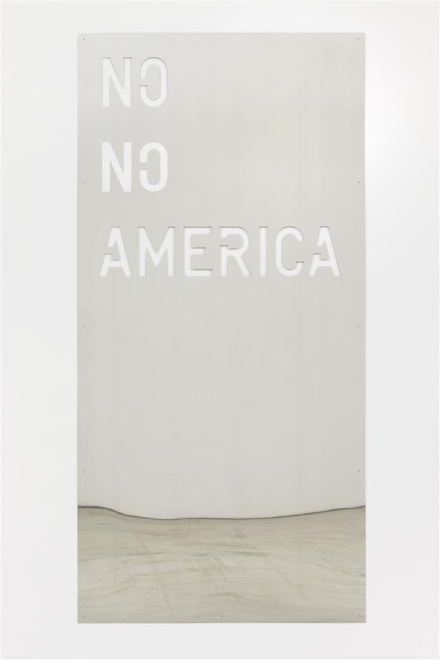 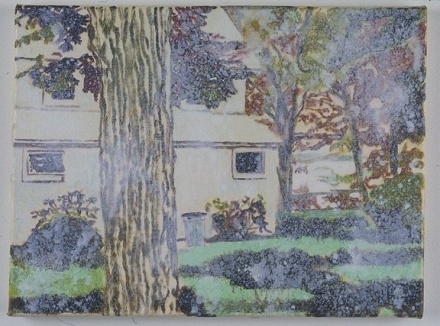 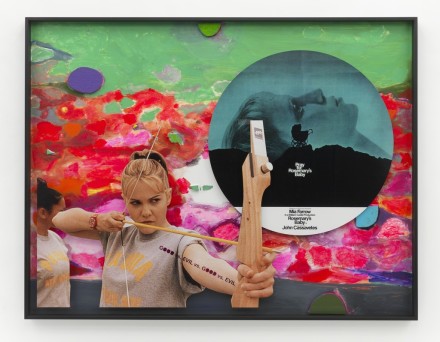 This entry was posted on Tuesday, February 28th, 2017 at 12:47 pm and is filed under Art News, Featured Post, Show. You can follow any responses to this entry through the RSS 2.0 feed. You can leave a response, or trackback from your own site.