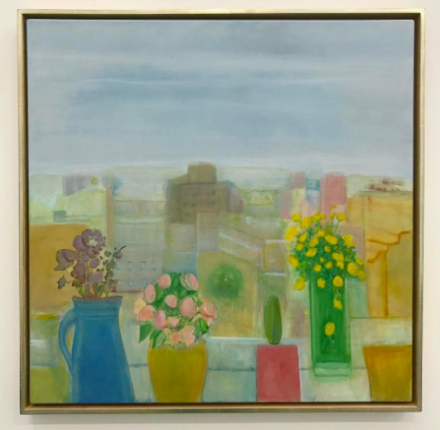 The city of New York has always served as a grand subject for artists, its towering skyline spreading its shadow over the Hudson and the minds of its resident artists.  At Derek Eller Gallery this month, three of these artists are the subject of an exhibition examining this same impact on their respective practices, framed in particular by the meditative oil paintings of Jane Freilicher.  The artist is joined by Daniel Heidkamp and Mira Dancy, both of whom offer their own interpretations of modern life, both in the city, and beyond. 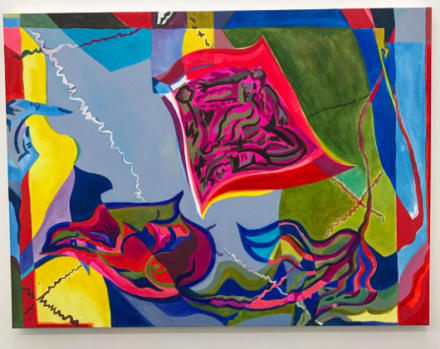 Freilicher’s practice, which spanned from 1950 to her passing in 2014, was a striking contrast with the abstract expressionists she lived and worked alongside during her time in both New York and Watermill.  Her works, frequently depicting the view from outside of her East Village window, are bathed in a gentle contrast in colors, capturing the subdued tones of the New York sunset and its reflection in the lights of the city.  Alongside their skillful rendering and impressive approach to light, the works are equally impressive for their role as a record of the city’s change, documenting the growth of new buildings and towers over the course of the artist’s life. 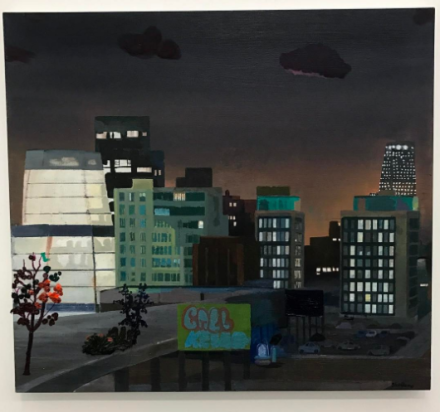 Contrasted with Freilicher’s work, Heidkamp’s selected paintings for the exhibition draw on a striking sense of elevated surrealism, taking the act of en plein air, cityscape painting, and interpreting it through a sense of hazy, elusive approaches to the rigid towers and lights of the city. This approach reaches its apex in the fittingly titled Dreams, a work that peers out of an immense porthole window onto a city bathed in gentle blue oils that give it the impression of disappearing into mist.  Giving the painting a sense of solemn repose, Heidkamp allows his landscapes ample room for the viewer to insert themselves into its narrative hints, much in the same way that the city dweller fashions their own life from the ample threads of sprawling metropolis around them. 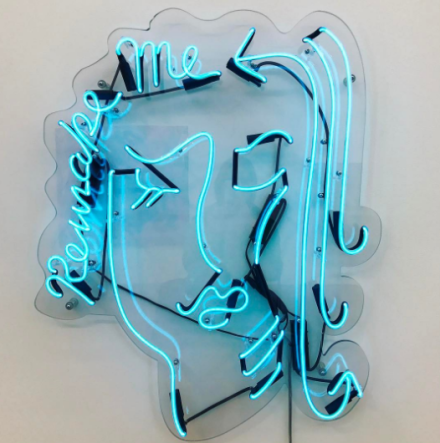 Dancy’s work, meanwhile, takes the human form itself as its primary form, suspending figures (usually female) in swirling, gentle curves of the brush.  Taking Heidkamp’s approach even further, her works swirl in and out of consciousness, often bending the body into twisting, liquid curvatures that melt into her colorful backgrounds.  Elsewhere, she takes this  same gestural hand and renders the female figure in neon lighting, a gesture that ultimately draws her work most closely into exchange with the other works on view, as if translating the sense of the urban landscape into a concrete negotiation between the human body and the infrastructure that ultimately accompanies the cities built up around it. 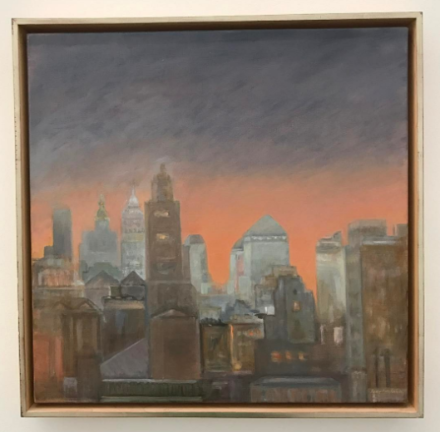 Ultimately, the exhibition conjures an expanded sense of this architectural space, and the varied interpretive actions of human behavior that both acts on and within these structures.  These are works about existing in the modern urban context, and the possible acts of interpretation, historical archiving, or even the sense of creative escape that these environments permit.

The exhibition is on view through February 5th.

This entry was posted on Thursday, February 2nd, 2017 at 12:30 pm and is filed under Art News, Featured Post, Show. You can follow any responses to this entry through the RSS 2.0 feed. You can leave a response, or trackback from your own site.