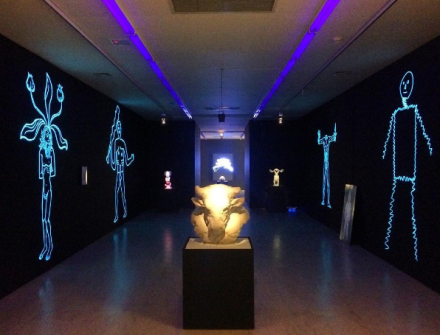 British artist Mark Leckey has brought a dense, timely exhibition to bear on the second and third floors of MoMA PS1 this month, as the artist’s first comprehensive U.S. survey brings a range of perspectives on the pace and content of a digitized life.  Questioning and playfully subverting the varied symbolic systems and technological structures that facilitate the landscape of modern life, Leckey’s exhibition is a fitting opening note of 2017, challenging hierarchies of power and image-making in a time when the consistency and reliability of information has become an increasingly troubled subject. 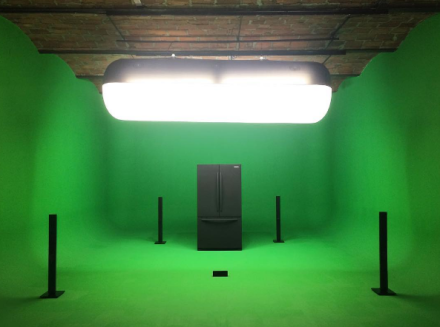 Throughout the show, Leckey’s often enigmatic arrangements make nuanced studies into the act of information processing and the visual systems that accompany them, seeking in particular to illustrate the various networks that his practice works within and through, often incorporating the work of other artists as a way to reflect the act of cognition, and varied perspectives related to his work through wholly externalized forces.

This sense of systems and functions reaches a particular point of clarity on one end of the second floor, where his recent work GreenScreenRefrigeratorAction is on view in close proximity to a series of the artist’s speaker cab sculptures.  The speakers, each broadcasting fragments and snippets of processed audio, play on both Leckey’s youth in the London rave underground, and to his fascination with the materiality of both sound (and more specifically, the human voice), and its relation to technological material.  Each speaker processes and shapes the audio broadcasted from it, creating a distended sense of space and time comparable to what one may feel when lost in the depths of a night of dance-fueled revelry.  Yet Leckey’s understanding of this phenomenon not as the product of any sort of mind-altering chemicals, but rather (at least in part) as part of a wider experience of sound and time in relation to its broadcasting technology, showcases his nuanced, first-hand unveiling of the cybernetic in modern life.  By comparison,GreenScreenRefrigeratorAction traces this same concept towards a more empathetic approach, seeking to relate to the various systems of material relations that drive his subject to function.  Placing himself into engagement with the fridge on view, Leckey’s piece is one that seeks to distill the mundane flows of data and material driving modern civilization into a visible, and often sensible, realm. 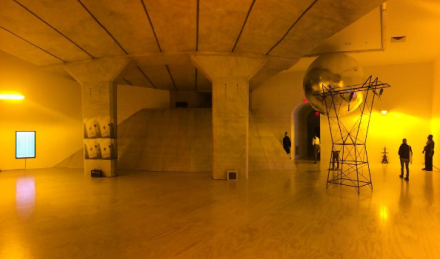 Mark Leckey, Containers and Their Drivers (Installation), via Art Observed

In contrast is Leckey’s Universal Addressability of Dumb Things, the evolving agglomeration and exhibition of materials from Leckey’s own personal archives, which takes a parallel line on the currency of images and objects in the visual domain of modern technology.  Leckey’s objects, themselves carrying various cultural assumptions and images, are here presented in nonsensical arrangements, constellations of things that surge and recede in constructed meanings as the viewer passes over them.  The work as a whole becomes something of a series of empty images, Leckey using their multitudes to overload read narratives to render them as only a content, or perhaps a container, devoid of their original cultural context. 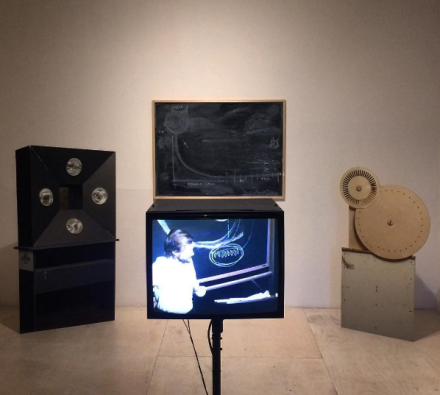 Mark Leckey, Containers and Their Drivers (Installation), via Art Observed

Considering these works in dialogue with those on view on the top floor of the exhibition, earlier pieces and more autobiographical arrangements of material, the show traces multiple shifts in both the focus and evolution of Leckey’s work, each time allowing his present awareness and practice to twist in and out of the work’s current context.  Presenting works that function as an archive of his own historical progression (like his early work Fiorucci Made Me Hardcore), and the cultural underground that ultimately informed his early work, Leckey seems to beg the question of what happens to a society where even memory becomes subject to a series of visual and symbolic exchanges.  Much like the concept of the torrent download, (explored in one of the artist’s pedagogical lectures), as the distribution of images and histories reaches near pervasive levels, memory and image become interchangeable, leaving a series of images and objects without grounding. 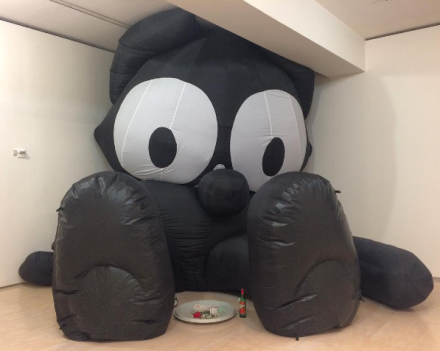 With these points in consideration, Leckey’s work makes a notable argument for the understanding of technological systems, not only in how they function, but how they shape our perception and consumption of information.  Leckey’s point, that we’ve already transitioned to a cybernetic world, makes explicit not only the speed at which human perception now moves through mediation, but the fundamental errors in judgement that these speeds only amplify. If we are to understand the conditions of the world today, Leckey seems to point out, we must understand that modern technology moves only in service to the imperfect rationality of the human mind and its attendant senses.  In a world where “seeing” and “facts” are subject to tense political utilizations, Leckey’s work makes the critique of these modes of sight an absolute imperative.

Leckey’s work is on view through March 5th.

This entry was posted on Monday, February 6th, 2017 at 12:42 pm and is filed under Art News, Featured Post, Show. You can follow any responses to this entry through the RSS 2.0 feed. You can leave a response, or trackback from your own site.