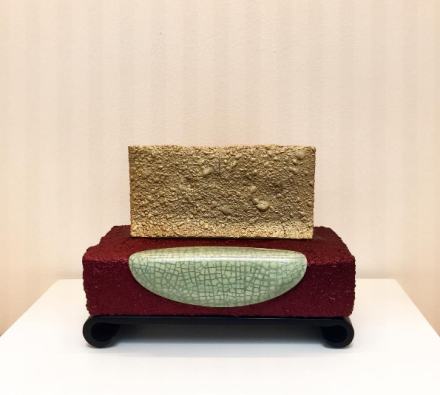 Ron Nagle’s miniature sculptures function in part as narrative fragments, scenes and situations held in time and added a certain sense of life and energy by their imaginative, curving forms or remarkably evocative relations of space.  Some conjure the effect of domestic scenes, others a moment of geological rupture, while others present themselves as somewhere between the two, always emphasizing the artist’s patient craft and attention to detail that has made his connections with fellow West Coast artists like Ken Price all the more apparent.  Nagle returns to Los Angeles this spring for a show with Matthew Marks Gallery, bringing a new body of sculptures and drawings created over the course of 2016, once again illustrating these elements in play with his ever-growing body of work. 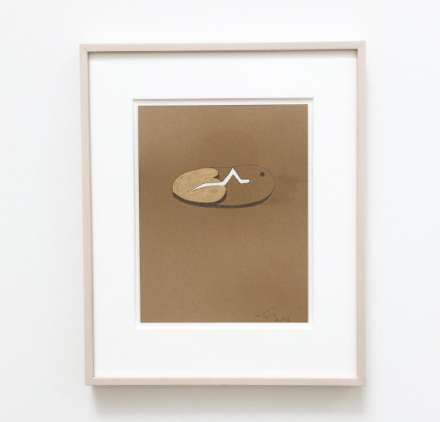 Nagle’s works are a notable blend of materials, forms and autobiographical fragments.  Works are rendered in epoxy resin, ceramic, catalyzed polyurethane, and high-gloss automotive paint (a faint allusion to the artist’s time in the San Francisco hot rod scene during the 1960’s), and make much of their cartoonish, undulating lines and impressionistic approach towards reality.  Some conjure the impression of bonsai trees, while others still draw on a sense of the prehistoric, using rough-shod, jagged elements to present an unclaimed, natural aura inside the works.  Others draw on layers of shaped platforms to imply arranged scenario that seem somewhere between this untapped wilderness and a certain domestic sensibility. 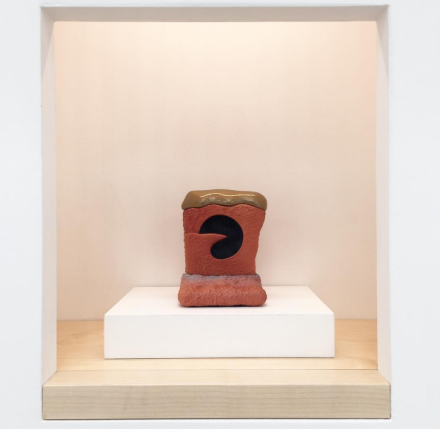 No matter the form or implications, Nagle’s works draw on these intersecting concepts as a way to both distance and constantly re-examine his collision of aspects.  His pieces are marked as much by their referential aspects as they are their skilled fusion of each element in itself.  Polyurethane and resin spread across the original ceramic object in curving layers, lumpy pours of each that manages to both emphasize the element in exchange and their own materiality.  The result are a series of pieces that take great investment in the act of looking, presenting momentary riddles and hidden features that encourage the viewer to spend a lingering moment. 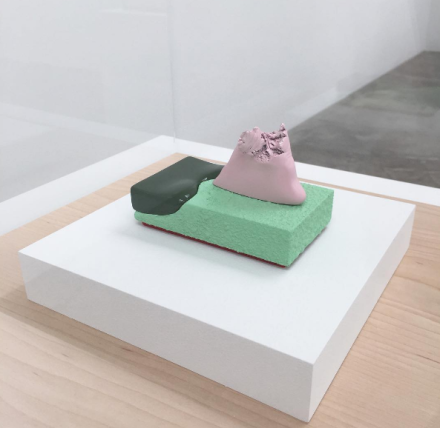 Considering the artist’s assertion of his sculptures as “three-dimensional paintings,” this is a notable point.  Much in the same way that the painter draws on both a vertical layering of material and their horizontal arrangement to create the image, Nagle allows the buildup of each element to function in relation to the others, setting this compositional strategy into the third dimension in a manner that welcomes a circling examination of the work, and a careful attention paid to the interactions of each form and element.  It’s at this same point that the artist’s chosen materials enter into the exchange, their multi-timbral surfaces and negotiation of textures bringing the viewer deeper into the world conjured by his works. 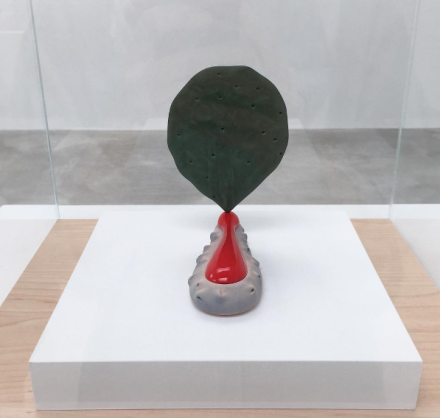 This sense of immersion, wrought with a minimal amount of space, underscores the craft and abilities the artist has honed and perfected over the course of his career.  Using momentary encounters between surfaces, edges, lines and breaks, Nagle is able to conjure a new awareness of each work’s internal universe, and the possible universes that such alien forms may exist within.

This entry was posted on Friday, March 24th, 2017 at 12:20 pm and is filed under Art News, Featured Post, Show. You can follow any responses to this entry through the RSS 2.0 feed. You can leave a response, or trackback from your own site.