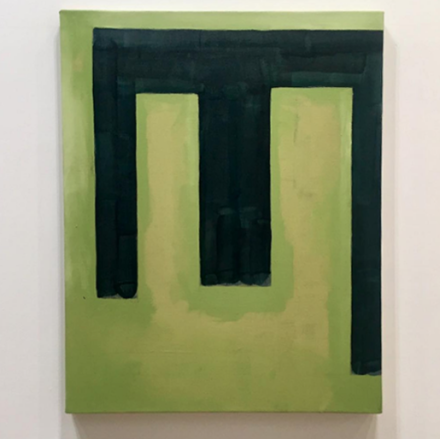 Artist Al Taylor’s body of works is recognized in particular for its swirling accumulations of material, assemblages of plexiglass, hula hoops, broomsticks, drips of paint and other contents built into self-contained systems.  Yet the artist’s work in this mode emerged from a prior decade dedicated almost exclusively to painting, where many of Taylor’s formal interests and approaches to space first began to develop.  Explored through a range of early canvases dated from 1971 to 1980, David Zwirner’s current exhibition at 537 West 20th Street in New York offers an intriguing entry into the artist’s early canon. 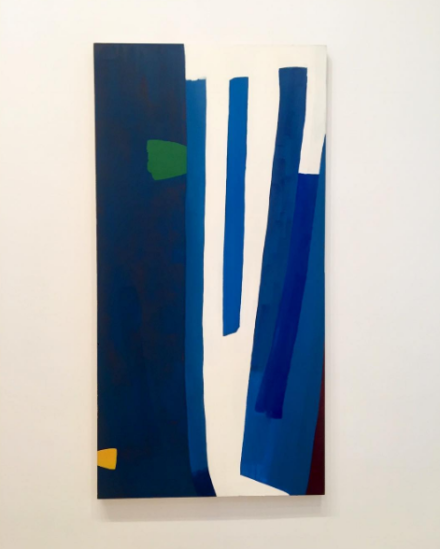 Taylor’s aesthetic debt to the work of the minimalists and color field painters is quite evident in the early works on view, spare acts of gestural abstraction that focus primarily on brushstroke and color.  Yet Taylor’s works, defined in part by an approach to color mixing that sees flickers and hints of various colors through the top layers of paint, takes a primary interest in the capacities for dissonance on the canvas.  His colors frequently steer clear of easy complement, mining juxtapositions of grey-blues and gold in one work, while elsewhere he spreads quick, dense strokes of deeply-hued paints in quick stabs across the canvas.  The sense of motion is tangible, with the clashing colors of each stroke giving the canvas a vivid sense of life afforded additional energy by his decisive brushstrokes. 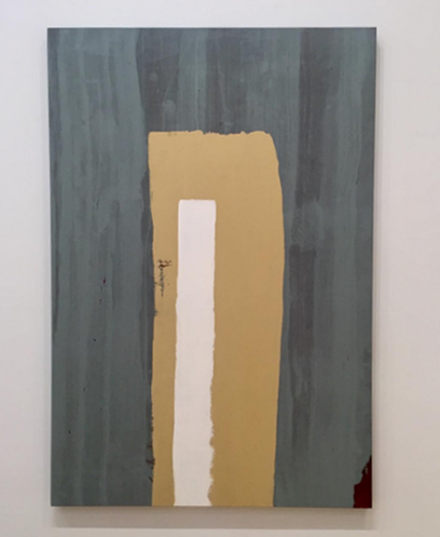 Elsewhere, Taylor’s work draws on more subdued approaches to structure and space, particularly in his cut canvas works, where the artist has made minor adjustments and tweaks to the corners of his works, creating subtle disruptions of the canvas’s spatial logic.  The result are pieces that feel stuck in a state of unbalance, using asymmetrical arrangements and engaging coats of paint to drive at the work’s tense relationship to space. 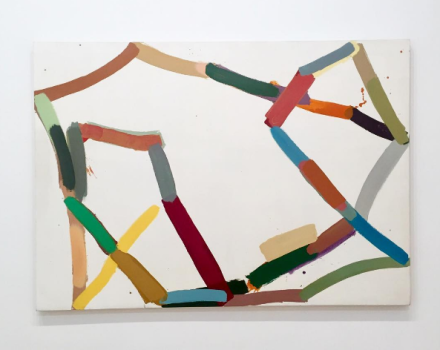 Recalling some of the artist’s more vivid sculptural works, where lines and drips of paint flicker across disparate materials, this sense of formal rupture on canvas teases at Taylor’s later work, exploring a heightened sense of movement through visual tension.  Much in the same way that Taylor’s sculptures play on movement as a condition of its environment, his paintings draw on their modes of assemblage and visual contrast to emphasize their own tense stillness.  Even in their passive state, Taylor’s images and objects give off a sense of vivid energy and a sense of constant motion, emphasizing both the object’s construction, and, more specifically, its indications of the movements used to create the final form.  Presented here in the artist’s formative years, Taylor’s canvases offer something of a road map for his works to come.

The exhibition is on view through April 15th.

This entry was posted on Wednesday, April 12th, 2017 at 10:32 am and is filed under Art News, Featured Post, Show. You can follow any responses to this entry through the RSS 2.0 feed. You can leave a response, or trackback from your own site.