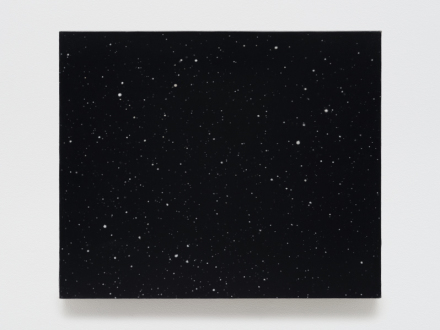 It’s been almost seven years since New York has seen a Vija Celmins show.  Often working in small scales, Celmins has been painting realistic impressions of nature and man-made objects since the 1960’s. Known to take years to finish a painting, Celmins’s relentless pursuit of her work sees the artist often trying to rework pieces even after they have been hung.  The New York show is worth the wait, however, with Celmins presenting a beautiful group of new paintings, drawings, objects, and prints with Matthew Marks Gallery, on view through April 22nd. 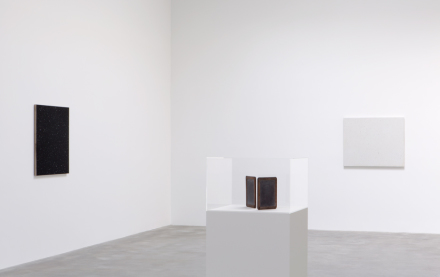 The paintings on view depict night skies and the sea, two recurrent subjects Celmins has used in her work for decades. The images are incredibly realistic, yet clearly made by hand, executed through her honed process of applying countless layers of paint to the canvas.  Celmins has referred to her method of painting as building a surface, re-describing the image, not necessarily copying it.  The resulting images are evidence of the intimate relationship between her and the work over a great length of time, paralleling the seemingly limitless expanses she catalogs in her work.

The center gallery features A Painting in Six Parts – a suite of six paintings of choppy waves which the artist began in 1986, put down after several years, and picked back up again in 2012. Each painting is made using the same image, but varies in size and shades of gray, capturing different hours of the day or night and the various moods they convey through her exploration of the grayscale. 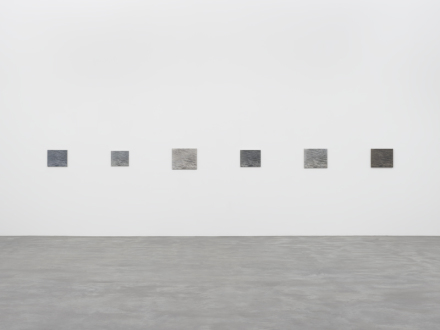 Some of the exhibition’s most enjoyable moments lie in the sculptural work in the show. Small stones are displayed together in vitrines throughout the gallery. At first glance they look exactly the same, but after some time, one can pick out slight differences and variations at play in one from each pair.  Celmins collects these stones and makes replicas from bronze, which she paints over to look exactly like the real stone.  The mirror pair present quite a visual play, locking the viewer into a game of discernment between the real and the copy.

Celmins forces the viewer to look with greater depth at the small details on both objects, appreciating the sense of time spent in carving out the grooves of both objects, whether it was the centuries of natural processes or the artist’s attentive hand doing the work. 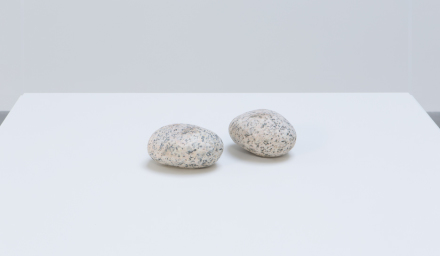 Similarly, the slate tablets on view nearby present a similar challenge in discerning the difference between the “real” and “fake” objects.  Celmins started collecting vintage school tablets in the late 1980s during her time in Sag Harbor.  These objects perfectly relate to her work, functioning in some respects as a direct reflection of her practice. With their range of grays, created over time by children writing and erasing, applying layer upon layer of inscription, the slates and her imitations leave a history, a touch from a ghost-like presence. 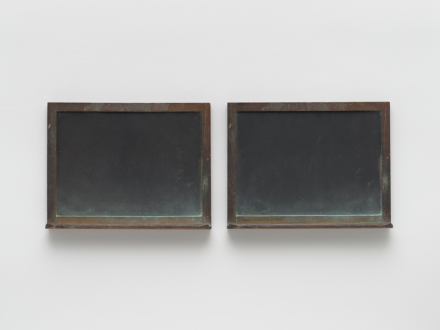 In this show, as in all her work, the viewer finds a quiet space for meditation between the artist and her process of making.  The artist’s work, offering moments of repose and quiet reflection, equally offers an aura of an internal life, emphasized by the sheer amount of time encapsulated within the creation of each surface.  Celmins’s work draws one in, asks for careful attention, and allows the viewer time to slow down.

Vija Celmins is up through April 22nd.

This entry was posted on Tuesday, April 4th, 2017 at 7:40 pm and is filed under Featured Post, Show. You can follow any responses to this entry through the RSS 2.0 feed. You can leave a response, or trackback from your own site.