January 17th, 2022
REFERENCE LIBRARY
Home » RIP: Vito Acconci Has Passed Away at the Age of 77

RIP: Vito Acconci Has Passed Away at the Age of 77 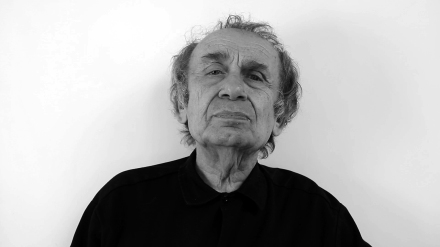 Vito Acconci, the groundbreaking artist, architect and performer whose impact on the field of contemporary art counts among the most influential of the 20th Century, has passed away at the age of 77.  Acconci suffered a stroke this week, from which he did not recover.

Acconci’s work as a performer and pioneer of video work marks him as a giant among the post-war avant-garde in New York.  Working as a poet during the 1960’s, he would gradually expand outwards into broader explorations of performance and physicality, using his body and movements in conjunction with read text and interactions with other performers.  Blending a confrontational, confessional style with moments of intense physical presence, his pieces became a cornerstone of the new New York art scene burgeoning downtown. 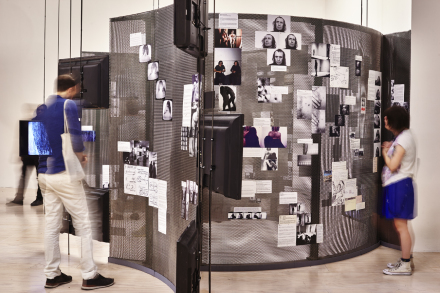 As Acconci’s work evolved, he began branching out into explorations of structure and space, exploring modes of architectural construction and outright architectural commissions as sites where his interests in the mix of private and public awareness could co-mingle.  His famed project for the Storefront for Art and Architecture, designed in collaboration with Steven Holl, stands as perhaps his most iconic achievement in this regard, its interlocking doors allowing a site where the street and interior space can be combined through revolving panels.

“He was only recently beginning to be fully understood,” a statement from Art Agency Partners, which advised the artist’s studio, reads. “The bodily failure of Acconci, an artist whose work was concerned with the body and its failures, comes too soon.”

This entry was posted on Friday, April 28th, 2017 at 8:11 pm and is filed under Art News, Featured Post, News, Obituary. You can follow any responses to this entry through the RSS 2.0 feed. You can leave a response, or trackback from your own site.