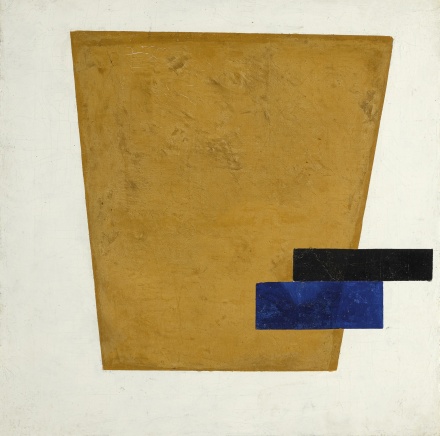 Kazimir Malevich, Suprematist Composition with Plane in Projection (1915), via Sotheby’s

The Impressionist and Modern Sale at Sotheby’s this past evening has closed out the early week’s offerings in that market, capping a $173.8 million sale that saw few major highlights or sparks in bidding, a marked contrast from the occasional fireworks of Monday’s sale at Christie’s.  Despite early claims by Sotheby’s that the auction market was gradually strengthening again after several tepid sales in past months, the past evening’s outing in New York saw somewhat modest results that paled in comparison.  The sale’s sell-through rate hovered at 74%, tempered by the early withdrawal of an Egon Schiele work some had anticipated would reach over $30 million.

Early reports from the sale indicated a dissatisfaction with interest on the piece, causing buyers to pull the work from the sale before it began.  The early withdrawal sent a pause through the crowd, casting something of a pall on the early lots of the auction, and holding the sale to a somewhat sluggish early tempo, with the exception of a Max Ernst sculpture in the fourth lot, which blew past early estimates to set a new record for the artist’s sculptures at $15,987,500, six times its previous record.  A Claude Monet waterlily painting also performed to expectations on relatively strong bids, hitting estimate and selling shortly after for the same final price.  But the evening’s top lot belonged to Kazimir Malevich, as the artist’s Suprematist Composition with Plane in Projection managed to push past its $18 million high estimate after a series of successive bids, ultimately settling at the final price of $21,162,500.

Other highlights included Alberto Giacometti’s Buste de Diego, which set an auction record for the artist at the final of $10,925,000, while a striking Giorgio di Chirico finished at $9,237,500, topping its $7 million high estimate after strong bids. 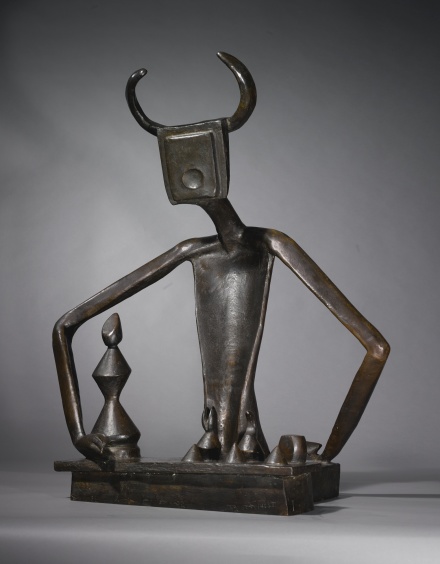 The final results send mixed messages for Sotheby’s ability to drive sales in the Impressionist and Modern market against its rival Christie’s, but it remains to be seen how the Contemporary market, which has shown some signs of stronger growth and an impressive roster of works, will change the picture.  Sales in the Post-War and Contemporary market begin tonight at Christie’s. 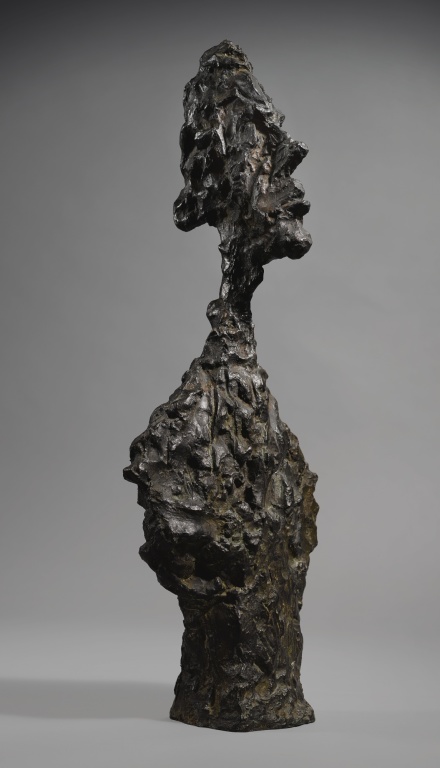 This entry was posted on Wednesday, May 17th, 2017 at 5:50 pm and is filed under Art News, Auction Results, Featured Post. You can follow any responses to this entry through the RSS 2.0 feed. You can leave a response, or trackback from your own site.