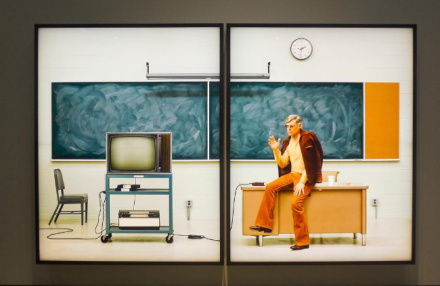 Currently spread out across 303 Gallery’s spacious 21st Street exhibition space in Chelsea, photographer Rodney Graham has returned with a body of new works, continuing his playful and incisive understanding of cultural archetypes.  Drawing from a range of situations and signifiers, the artist’s body of new works, a series of chromogenic transparencies mounted on light-boxes, play on both Graham’s observations of his native Vancouver, and more broadly, his understanding of the conventions of the image in modern creative production. 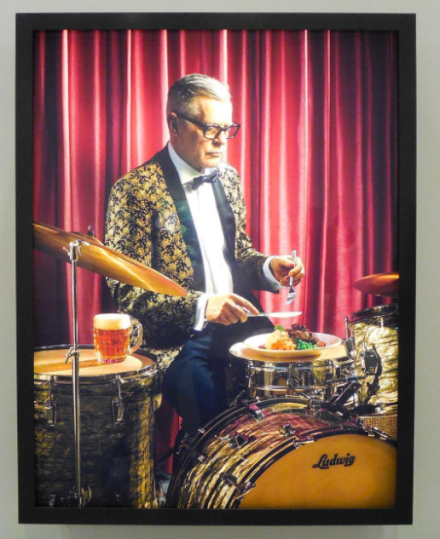 Graham’s work has long explored a careful mix of whimsical, surreal reproductions of cultural scenario, complete with figures that draw heavily from archetypical personas.  Musicians, theorists and collectors dance throughout the show, accompanied by a wealth of materials and props that emphasize Graham’s nuanced exploration of perception and cultural cues in each frame. 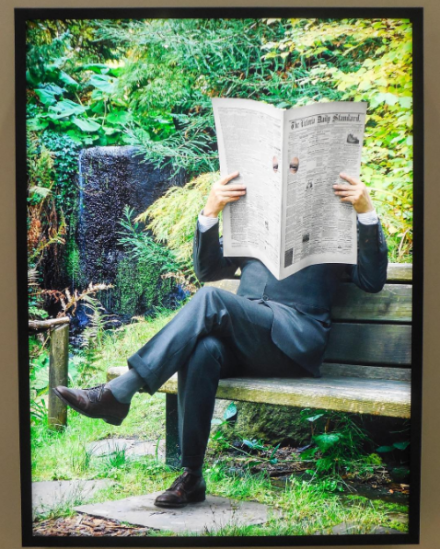 The show runs through a range of scenes and scenarios, with Graham consistently placing his body at the center of the exchange.  In one piece, Antiquarian Sleeping in His Shop, the artist carefully compiles a body of vintage objects and antiques around his sleeping form, pushing a negotiation between the material excess of the image and his diminutive form placed within its bounds.  In another, Media Studies ’77, the artist works his best Marshall McLuhan impression, creating a deftly assembled classroom, complete with dusty chalkboard and television set-up, not to mention his careful pose, cigarette in hand and splayed pant leg held out towards the viewer in a winking acknowledgement of fashion convention. 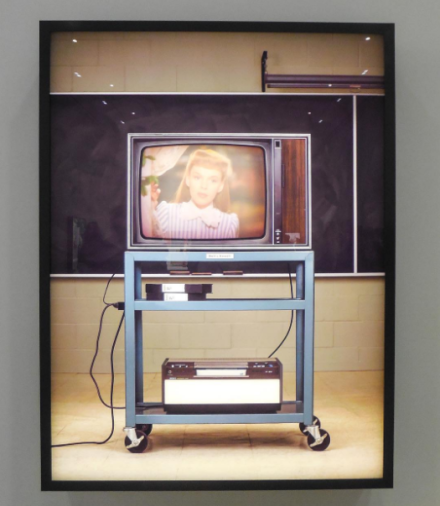 Yet in each of these, it’s notable to see how Graham’s pose and position seems to rupture his images.  The amount of space afforded to his body, and his often stony expression creates a running visual thread throughout the exhibition, one that teases at the image’s simulation of its subject matter, and which Graham seems to enjoy pushing to its breaking point.  In Dinner Break (Salisbury Steak) for instance, the artist’s careful re-creation of a drummer’s portrait is interrupted by the presence of a handsome dinner placed atop the snare drum, and a beer topping his floor tom, a break with the serious expression and clear posturing of the artist’s body that draws distinct chuckles from passerby. 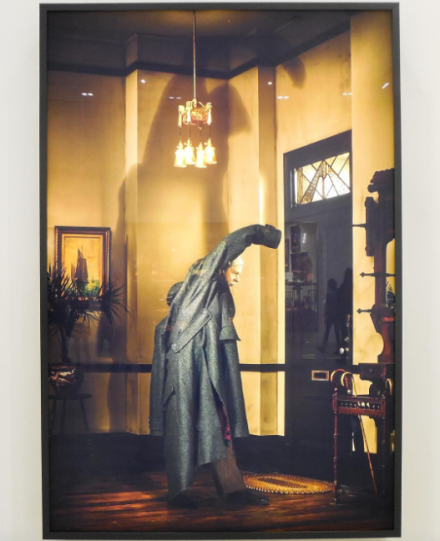 Or perhaps its the figure itself that Graham’s work relies on for its subtle critique of the image.  The immediate familiarity of each image, despite its clear reproduction, is capable of setting off a distended nostalgia for the viewer, a sense of an unspoken figure whose origins are clouded by Graham’s presence, yet feel immediately accessible.  In Coat Puller, for instance, his presentation of an unnamed figure donning a coat feels drawn directly from the silver screen, yet its origin, if one does exist beyond the artist’s mind, is always withheld.  In this framework, where the referent feels just out of reach, the artist is able to play almost endlessly within its shadow, drawing the viewer into a game where pinning down his reference points are almost as entertaining as watching the artist shift forms from frame to frame.

Graham’s work is on view through June 2nd. 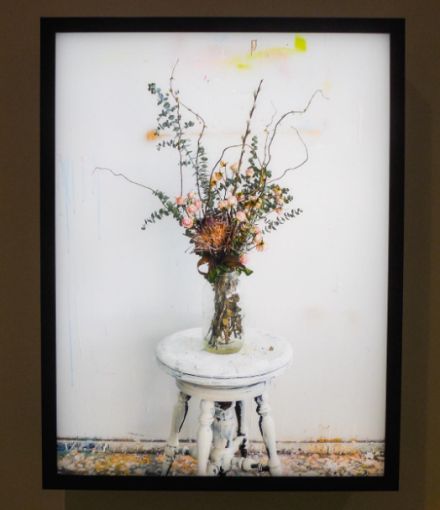 Rodney Graham, Dead Flowers in My Studio 2 (2017), via Art Observed

This entry was posted on Saturday, May 27th, 2017 at 12:05 pm and is filed under Art News, Featured Post, Show. You can follow any responses to this entry through the RSS 2.0 feed. You can leave a response, or trackback from your own site.