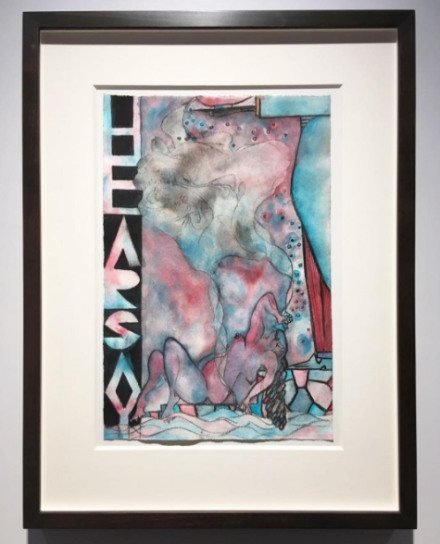 Chris Ofili’s Poolside Magic series, first begun in 2012, is a swirling body of watercolor and charcoal works, running through a visual system of theme and variation that the artist recently returned to this year, adding new details, text and visual threads that cements the artist’s work as an exchange with the continued threads of his own career as much as with the visual iconographies and scenes that he continues to repeat and revisit five years after his first series of works.  Capping his new entries in the series with an exhibition in Venice this week, Victoria Miro has planted its foot in the city of Venice permanently, a fittingly lyrical introduction for the gallery and its artists to the long tradition of Venice and its history of art. 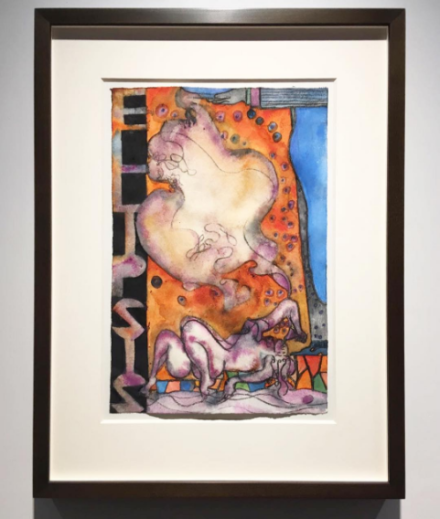 Miro’s new gallery space, which takes over the site of the former Il Capricorno gallery in the San Marco district of the Italian city, has a distinctly welcoming, yet relaxed atmosphere, one which gives itself over quite nicely to the meditative, elaborate works selected for this exhibition.  Ofili’s small-scale pieces, executed on paper, give the viewer ample visual complexity for long considerations of space and form, stroke and movement as they pass from work to work.  Frequently, works in the series repeat or revisit similar graphic milieus, allowing the artist’s slight variations and decisions to shift and alter the images with slight changes in posture and body proportions, or a change in the color contrasts between each element in the image.  Referencing wood-block cuts and mythical scenarios, his works open an exchange between his most recent pieces, and the early works from the series, completed in 2012.  Between the two, one can see evolutions of Ofili’s approach with his brush, and an increasingly exploratory technique that renders bodies from deconstructed pools of color and faint line strokes.  The works give off an energy that implies quick construction and concise timing, yet manage to hold the eye in place for minutes at a time, appreciating each layer of color and its play against the scenes on view. 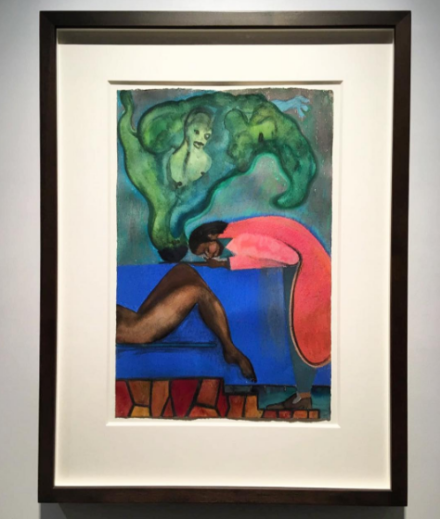 Thematically, the works seem to take on a continued engagement with the artist’s life in Trinidad, where he has lived and worked for several years.  His images borrow from past works in some places, or seem to revisit graphic milieus that Ofili has worked with in the past, this time turning them towards abstracted explorations of the painter’s movement, and the bodies depicted through the inclusion of texts and words, each time bringing new readings and open systems of identification that make his pieces all the more enigmatic, and all the more intriguing.  Much the winding streets of Venice that the artist’s pieces sit among, the exploration of his movements, colors and characters make the work all the more enjoyable, and all the more mysterious.

The exhibition is on view through July 1st. 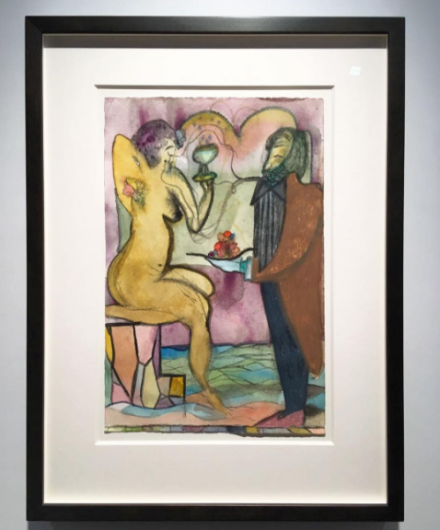 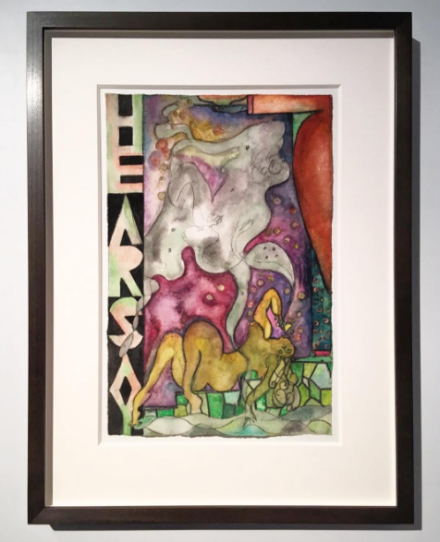 This entry was posted on Wednesday, May 10th, 2017 at 2:44 am and is filed under Art News, Featured Post, Show. You can follow any responses to this entry through the RSS 2.0 feed. You can leave a response, or trackback from your own site.