Venice – “Philip Guston and the Poets” at Gallerie dell’Accademia Through September 3rd, 2017 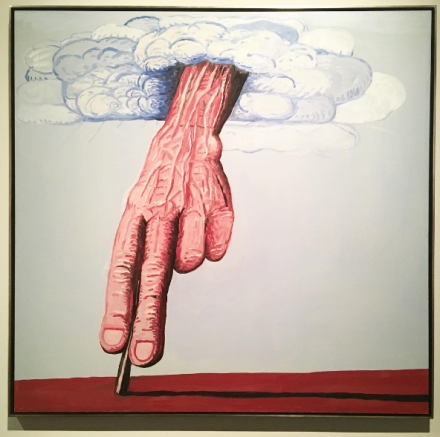 Aiming for a head start on the hustle and bustle of the Venice Biennale Vernissage, the Galerie dell’Accademia in Venice’s (Neighborhood) opened its entry for the week’s proceedings this past Monday; an exhibition tracing the vivid graphic practice of artist Philip Guston, and his work’s interaction with the texts of the 19th and 20th (check) centuries’ most exploratory writers and poets.  The exhibition, Philip Guston and the Poets, captures a series of the artist’s paintings and drawings, displayed alongside selections of text by D.H. Lawrence, W.B. Yeats, Wallace Stevens, Eugenio Montale and T.S. Eliot, offering deeper links to both the artist’s work, and the historical threads of literary culture that often run parallel to it. 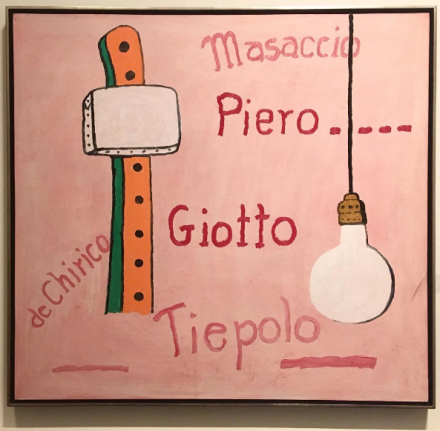 Guston’s paintings were considered anything but orthodox during the early years of his career, earning him his fair share of derision, particularly following an abortive exhibition of vivid works on canvas at the Marlborough Gallery in 1970.  Their cartoonish forms and playful acts of figuration ran in the face of the abstract—expressionist canon championed by so many critics during the era, and often set the artist at odds with much of the city’s art scene.  Yet his works were equally informed by a range of mythical and literary threads that saw Guston seeking a mode of expression that kept the body (and subtly altered replications of its various parts) at the center of his work.  This focus takes on center stage throughout the show at the Academia.  Arms and hands, legs and torsos flit across the canvases, giving off a frenzy of motion echoed by the fluid language of the accompanying poems and texts dotting the gallery space.

Guston himself pulled heavily from literary classics and contemporaries for his work, particularly in works like The Line, where a godlike hand descends from the sky, tracing a line across the surface of the earth in a comical fusion of creation myths, frequent reinterpretations by the poets of his era and those of earlier centuries, and his own playful subversion of his work.   Elsewhere, the artist’s work Pantheon outlines a series of his Italian painterly heroes, from Tiepolo to Giotto, trying distinct linguistic threads that equally tie his work to the country itself. 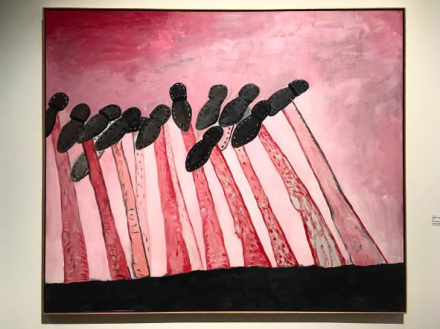 It’s this sense of text and illustration, word and image, that makes the artist’s  work here so compelling.  Guston’s paintings take language and place it into a coy interplay with the image, often using these recognizable themes and their variation as a mode of visual humor and critique.  For Guston, much like the poets included here, the act of painting frequently took on the aspect of a battle with history, one that he so often seemed to revel in, even as he turned the rules on their head.

The artist’s work will remain on view at the Academia through September 3rd. 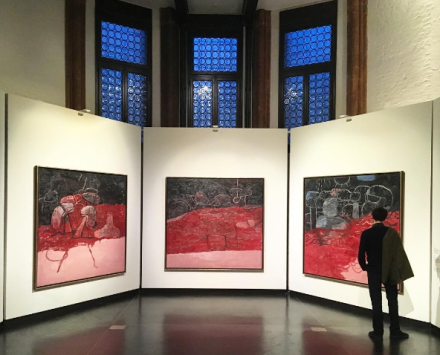 This entry was posted on Wednesday, May 10th, 2017 at 2:45 am and is filed under Art News, Featured Post, Show. You can follow any responses to this entry through the RSS 2.0 feed. You can leave a response, or trackback from your own site.