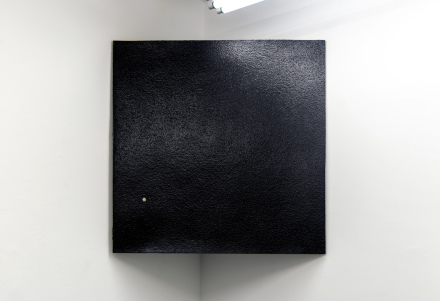 Hosting the Munich-based Deborah Schamoni for its entry in the CONDO New York exhibition, downtown space Queer Thoughts presented a group show featuring artists from both gallery rosters. Comprising works by Gerry Bibby (including a collaboration with Henrik Olesen), Siera Hyte, David Rappeneau, and Davide Stucchi, the exhibition centered around the body, and its suspension in broader informational or social networks. 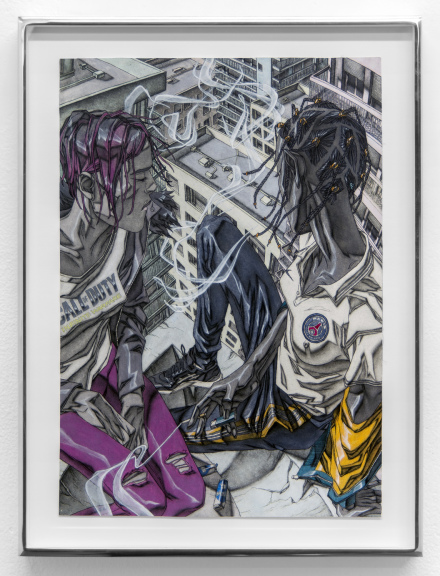 David Rappeneau’s drawings, the only work that explicitly depicts the human form, stood among the most lifeless in the show, ironically.  His images portray the French youth of banlieue culture, apathetically slouching on the rooftops of high-rise projects. Like a streetwear model, their posturing is nihilistic, yet considered enough to always flaunt the logo on their windbreaker. In one untitled piece, an androgynous figure dawns a jacket covered with incessant folds that miraculously smooth out across the right breast – just where a blue Lacoste crocodile is snarling. Even the figure’s wristwatch is worn clock side down, making the Rolex logo on the back become the most prominent, forward-facing detail. Rappeneau depicts the body as mannequin; a form to exhibit alien contexts bound up in the modern politics of consumption, and rendered as an index of this relation to culture, rather than a participant in it. 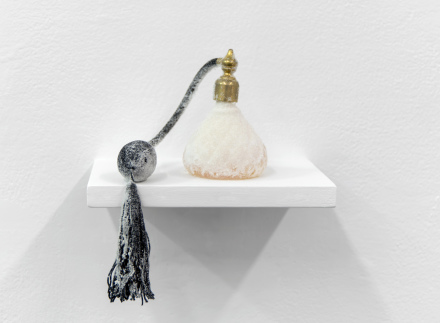 Siera Hyte, fear of a stranger (2017), via Queer Thoughts

Conversely, Siera Hyte’s work is concerned with the body as a biological organism, as a series of processes and functions often bound up in decay and deconstruction. Body heat featured a stained set of coverall pajamas stuffed full of Kraft paper. The pajama-clad paper surrogate, close in size to a school-aged child, was covered with spotted red stains. While the stains innocently originate from strawberries, their appearance was more akin to pruritic hives bleeding out. The varied interpretations, particularly in conversation with the pink-flecked floor, brings a range of morbid, ominous readings despite its simple materials. 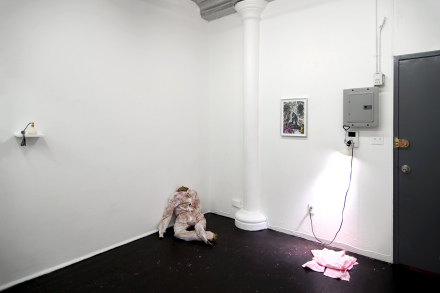 Resting nearby was the second half of body heat: a set of folded pink silk pajamas weighed down by a melting block of ice. A spotlight mounted just above the pile of clothes speeds the melting time of the ice. Despite the association of water being used to clean clothes, the beads of sweat dripping off the melting ice (along with the title of the work) remind one of an unwell body. The damp material acts as harbinger of illness, as if it is sickness perspiring onto the fabric. Hyte’s other work, fear of a stranger, is a perfume bottle coated in salt. Similar to the silk pajamas of body heat, a semi-glamorous item is dirtied by human excretion. Perfume is meant to mask the scent of a sick or unwashed body, but Hyte has sheathed it in the odorous salt it serves to hide. 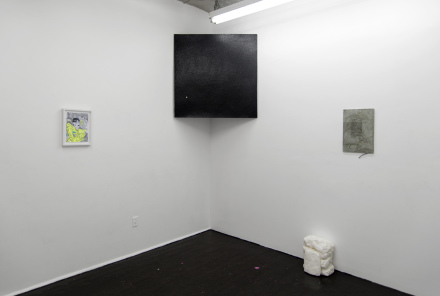 Retreating from any obvious reference to the human figure, Gerry Bibby and Henrik Olesen’s collaborative work, Fernseher, refers to the body by total omission. Wedged high between two walls, their angularly-hung composition acts as the hypotenuse to the perpendicular walls. Fernseher consists of a square patch of carpet that has been painted black and marred with chewing gum – it is essentially a trompe l’oeil floor hung just above eye level. Much like the work of Ethan Greenbaum, Olesen and Bibby’s piece is a document of the body’s impact and detritus on surfaces. A body in transit marks the surface beneath it, leaving footprints and trash behind. 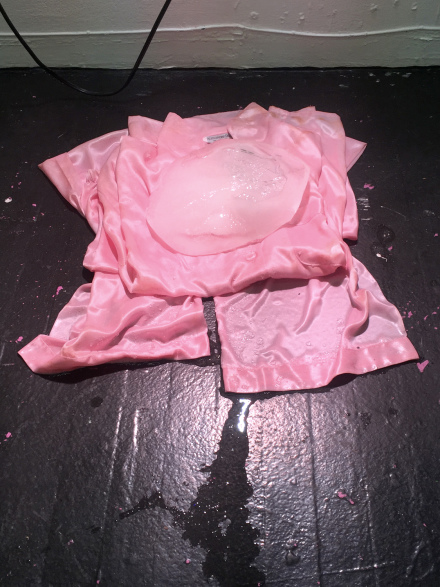 Queer Thoughts and Deborah Schamoni’s collaborative CONDO show considered the capabilities of the body as a physical form. Removing intellect from the biological mass that makes up a human, the body is but a corporeal entity that bleeds, breaks, and litters. But as this exhibition demonstrated, that doesn’t mean it can’t be a billboard either.

This entry was posted on Friday, July 28th, 2017 at 6:46 pm and is filed under Art News. You can follow any responses to this entry through the RSS 2.0 feed. You can leave a response, or trackback from your own site.