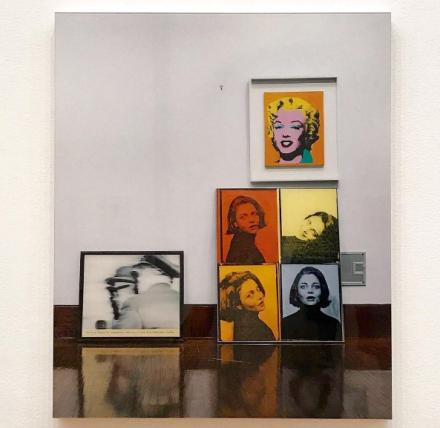 The Museum of Modern Art has opened the first New York museum survey of the work of Louise Lawler, moving throughout a broad range of the American artist’s conceptual exercises and investigations into the power dynamics and aesthetic underpinnings of the art world at large.  Running from the artist’s early photographic investigations and her explorations into the presentation, representation, and, as she titles it “re-presentation,” of various works and images from the expanse of modern art history, the exhibition is a bold reflection on the artist’s work throughout the past 40 years, as well as a rumination on the continued role of the museum as a site for the understanding of the field’s history more broadly. 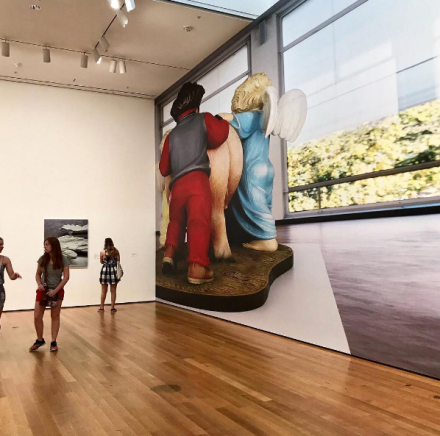 Lawler is perhaps most famous for her photographic practice, entering collectors’ homes, galleries, museums and other bastions of the upper echelons of the art industry, and photographing famed artworks, sculptures and other objects in their relationships to both architectural space and domestic signifiers.  Her works delve into the function of art in relation to broader networks, and of its place in environments outside the white cube.  Her images, presented throughout the exhibition, trace art objects in their relationships to gaudy interiors, stark design choices and other materials that present the art object not merely as a lone object of contemplation, but one suspended in a network of images and symbols orchestrated by both the collector and Lawler’s own framing. 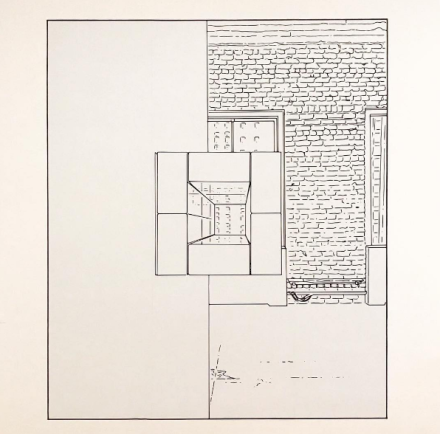 A similar operation takes place in her photographs from museum exhibition spaces, showcasing arrangements of work as both a reflection of the museum’s own curatorial choices and the spatial considerations of whatever room these works fill.  Yet Lawler’s interest in this framework for investigation equally bleeds into her own images, especially in her “adjusted to fit” works, which re-scale previous photographs to fill whole walls of MoMA’s sixth floor galleries, often distorting and blurring the works in each image as a result.  In one particularly commanding inclusion, works by Takashi Murakami and Andy Warhol are twisted nearly beyond recognition by the logistics of filling the museum wall, creating a distorted image playing on Lawler’s interruption of the original site’s logics of presentation, and, as her titles hint, warping the work to comment on its dissonant relationships to the modern era.  Lawler takes her photos and turns them towards a critique of both artists and institution, examining why so many artists like Donald Judd, Murakami or Warhol might appear so frequently throughout her work, always emphasizing the original art works in their relationship to this new image.  Even as she transforms their compositions into curving, abstract lines and blurs of color, one is still struck by both the immediately familiar nature of these images, and the questions of why their aura manages, at least in part, to endure. 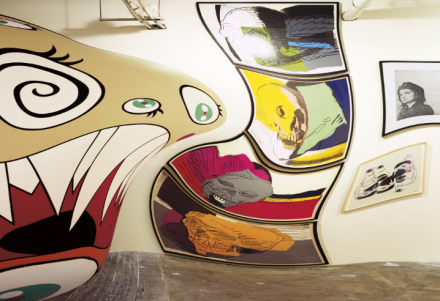 Louise Lawler. Pollyanna (adjusted to fit), distorted for the times. (2007/2008/2012). As adjusted for the MoMA exhibition WHY PICTURES NOW, 2017. Dimensions variable. Courtesy the artist and Metro Pictures. © 2017 Louise Lawler 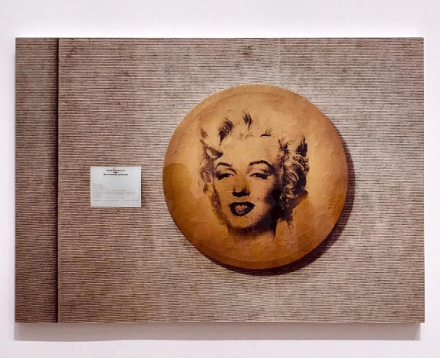 Presented in MoMA, Lawler’s interest in the lone object, and the broader systems it is suspended within, takes on an increasingly interesting note.  Climbing to the top of the museum to view her works, one is presented with a prismatic reflection of the history of art, represented so well in the exhibition halls on the floors below.  Yet as much as Lawler’s work re-works the familiar into a swirling cosmos of new forms, one cannot avoid these historical resonances, a point that forces the viewer into a negotiation between looking at a work, and seeing it in all of its complex relationships to the broader threads of history.  Presented atop the storied halls of MoMa, Lawler’s work does the latter quite well.

WHY PICTURES NOW is on view through July 3rd. 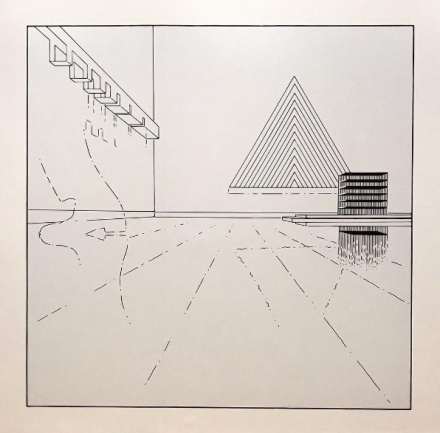 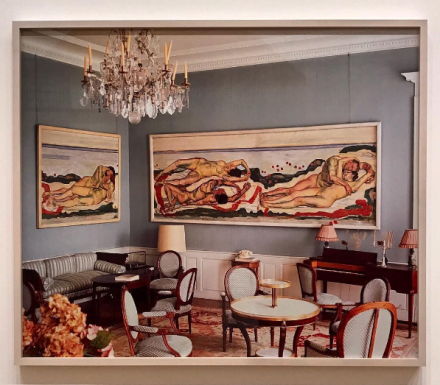 This entry was posted on Thursday, July 20th, 2017 at 12:34 pm and is filed under Art News, Featured Post, Show. You can follow any responses to this entry through the RSS 2.0 feed. You can leave a response, or trackback from your own site.