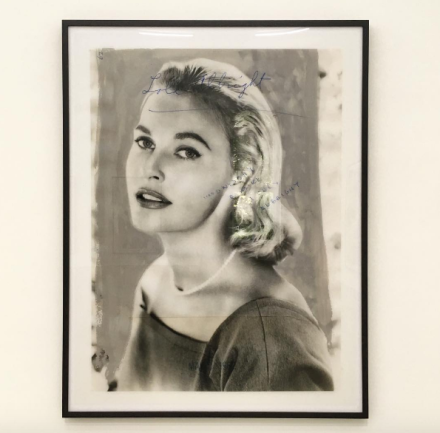 Process is product for Thomas Ruff.  The German photographer has explored a wide ranging body of work over the course of his thirty-plus years of his practice, frequently using the act of creating a photographic image as the generative locus for his work. Embarking on a new body of work in past years, the artist’s press++ series makes its debut this month at Sprüth Magers in Berlin, a fascinating investigation of the act of image production and consumption. 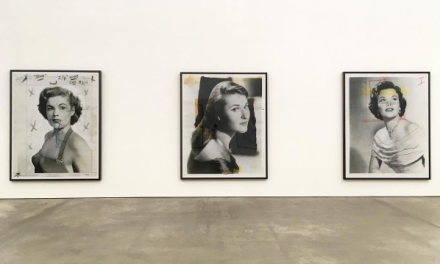 Ruff’s works here take on varied subjects and focal points, settling primarily on both Hollywood movie star press photos and archival press images from museums and galleries. Taking these images and reprinting them with both the front and back of the original photograph facing the viewer, one is presented with both the image and its notes on its creation. The works are presented with few comments, instead allowing the viewer to delve into the various interjections of the party maintaining the image and ultimately deciding on its release to the public. Marks from cropping, resizing, and manipulating the image’s presented form are shown, alongside signatures, brief notes and other marginalia that show the image’s gradual movement through the bureaucratic structures of 20th Century image creation. In others, images are tagged with notes requesting the return of the original image to a museum or owner. 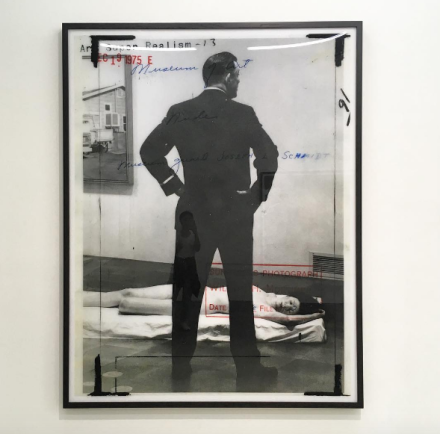 The power of the institution, and its ability to maintain control of the work’s presentation is presented as paramount. These are images from (and perhaps, of) the monolithic modern institution, whether it be the Hollywood studio, the newspaper conglomerate, or the powerful modern art museum. In each, the hands of each player in the institution’s power structure is on full view, a point that seems long past in the modern landscape of easily sourced and reproduced images.  Ruff makes clear agency of the owner in this era of production, drawing lines into the modern era that complicate our understanding of the image, and the actions that ultimately facilitate its movement through the public awareness. 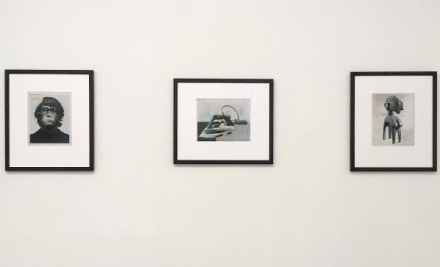 In an age of rapid-fire image distribution and circulation, Ruff’s interest in the act of creating, distributing and publishing an image also presents itself as a negotiation between eras. Mistakes and misattributions, much like those pervasive in the landscape of digital media, present themselves here as subtle mix-ups in the archival process, rather than a symptom of a hasty release of information. Even as the increasingly powerful methods of modern technological production relegate the human hand to a more abstract relationship with the image itself, Ruff emphasizes the human action behind the image itself, a point viewers would do well to keep in mind as they navigate the media landscape of today.

Ruff’s work is on view through August 26th. 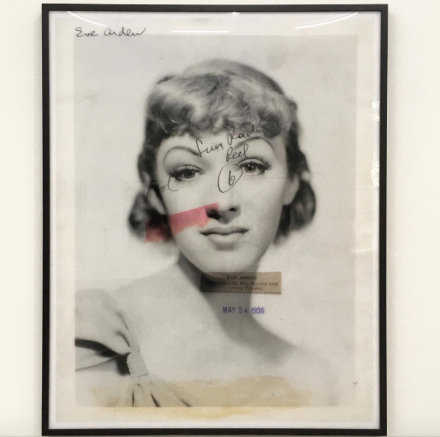 This entry was posted on Saturday, August 19th, 2017 at 8:02 pm and is filed under Art News, Featured Post, Show. You can follow any responses to this entry through the RSS 2.0 feed. You can leave a response, or trackback from your own site.