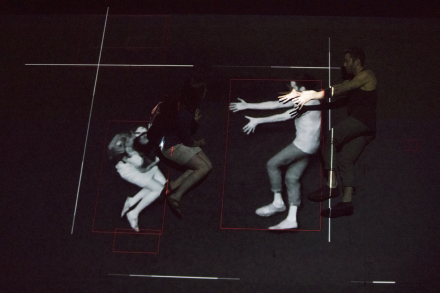 Exploration of surveillance and its corresponding limits has long remained a prominent thread in Ai Weiwei’s aggressively political multimedia practice, particularly following his detainment and imprisonment by Chinese authorities in 2011 due to his vocal dissent of the country’s governmental policies on human rights. Hansel & Gretel, Weiwei’s Park Armory tour-de-force in collaboration with architects Jacques Herzog and Pierre de Meuron, furthers his past surveillance-themed projects such as 2012’s WeiweiCam, for which the artist had installed fifteen cameras around his Beijing residence to stream a 24-hour live footage of his home. Coinciding with the one year anniversary of his detention by the Chinese government, the comparison the artist built between actual imprisonment and systematic violation of privacy echoes with his current occupation of Park Armory’s Guild Hall, transforming the column-free exhibition space into a pitch black zone of uncertainty and peril. 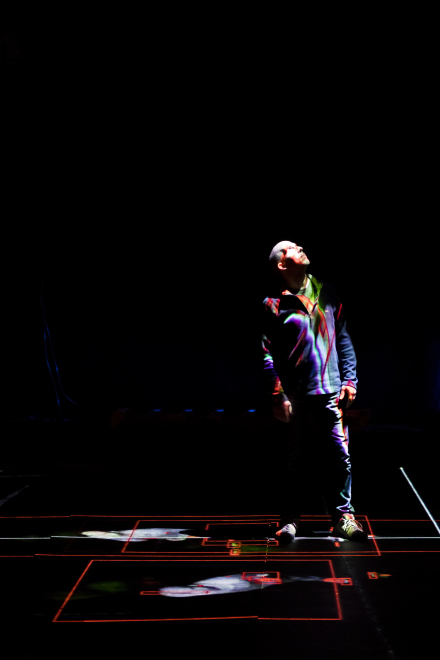 Following a narrow and lengthy corridor, the audience reaches a darkened hall that may seem endless to a novice eye. Meandering through laser crosshairs encapsulating their targets with red frames and grids, participants face the eerie sense of being chased and targeted by anonymous sources. Reuniting after their collaboration in construction of the Beijing National Stadium for the 2008 Olympics, the trio orchestrates a complex infrastructure—creating an awareness of the unsettling uses surveillance technology may yet reach — an optical complex capturing and recording every movement by infrared cameras and searchlights in abrupt reactions to the participant’s gestures. Projecting these recorded gestures directly onto the floor, the system places the audience into a battle with themselves in which “the targets” feel estranged from, and threatened by, their own presence. The sporadic appearance of overhead drones maneuvering, over the viewer with their howling sounds and tempestuous whirls elevates the sense of paranoia in the face of the viewer’s near constant subjugation to the logic of the Armory’s interior. 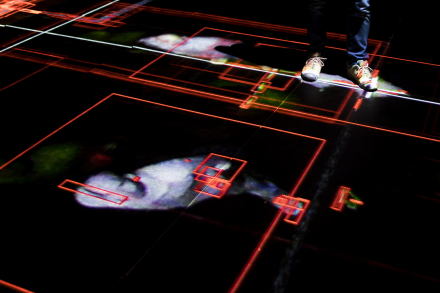 Upon using the exit on the opposite side of the hall, one is guided to the second half of the experience. Awaiting in the Armory’s hallway and adjunct rooms are walls blanketed by large scale flat screens streaming surveillance headshots of anonymous participants. After a 10-second face-scanning session at the entrance, viewers can perch at iPads spread throughout the space, which ask for a selfie and use facial-recognition to retrieve the subject’s headshot photo taken earlier. The aloof candor and unrest conveyed by the low-resolution black and white shot contradicts with the willing image offered to find the viewer’s face, one that amplifies the contrasts between willing photos and the hyper-stressful experience of heavily surveilled, and often militarized, space. The iPad additionally includes a detailed and eloquent timeline on the history of surveillance spanning from Ancient Egypt to WikiLeaks and Snowden. Clicking onto the “Drones” section, users encounter disturbing figures regarding casualties caused by drones used in combat. Concluding the entire engagement is a peephole hidden on the wall at the end of the staircase en route second floor. 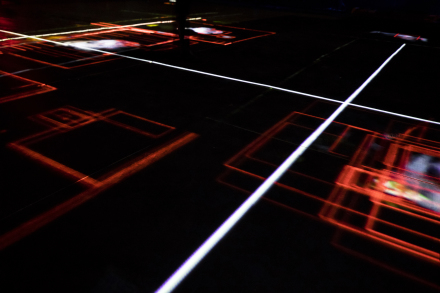 This entry was posted on Sunday, August 6th, 2017 at 7:51 pm and is filed under Art News, Featured Post, Show. You can follow any responses to this entry through the RSS 2.0 feed. You can leave a response, or trackback from your own site.