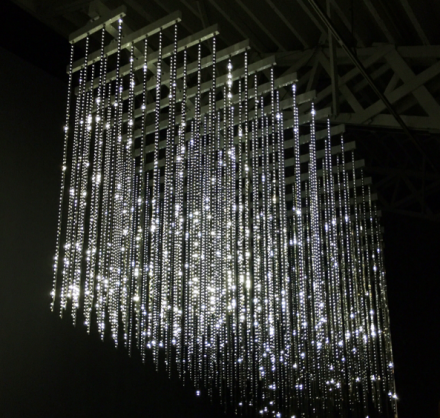 Marking his first exhibition with Pace since joining the gallery this past year, artist Leo Villareal has opened a show of new works at the gallery’s 24th Street exhibition space. Villareal, whose twinkling, shifting LED light installations are iconic parts of the urban landscape from New York to San Francisco and around the globe, has built a reputation for his nuanced understanding of public space, and the capacity for simple light arrays to transform its environment, and brings a series of new installations, light panels and video to the gallery. 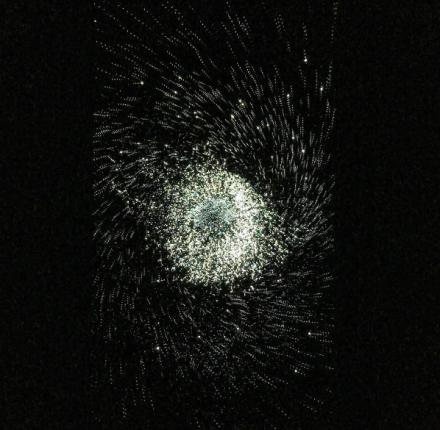 Villareal, who recently installed a massive light-based work across the bridges of London, bathing the Thames river with an ever-changing collage of lights, turns his attention to the gallery here, programming his various pieces to correlate and converse as time passes. Patterns are echoed and elaborated on throughout the exhibition, often creating the sense that they are following the viewer through space and time. This sensation is amplified by the varied forms his pieces take, capped by his massive Ellipse, which hangs over the viewer, twisting their awareness of light and space upwards, while remaining enmeshed in the gallery’s already established spatial rhythm. Villareal’s work rarely imposes itself on the viewer, instead preferring a gradual sense of discovery and elaboration on one’s perception of the piece and its movements, but nevertheless carries a powerful trans-formative energy, turning space itself into a visible medium. As one follows the progressions and changes of each work, their unity through “empty” space becomes all the more apparent. 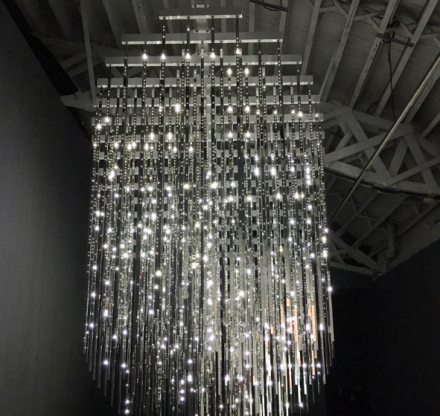 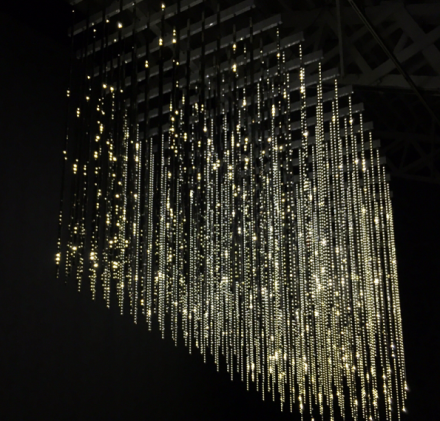 Also on view is the artist’s Particle Chamber, a large-scale piece standing apart from the rest of the exhibition, and inviting viewers to pass into the dark room, where they encounter a series of projected light patterns. Creating the impression of various celestial arrays, Villareal’s technical expertise uses the act of projection as a way to draw complex relations between space and light. His piece makes much of the abstraction between these moving patterns and the objects which generate them, a point which is much less noticeable in his flat-panel OLEDs. Instead, with Particle Chamber 2 Villareal creates an effect akin to a lengthy gaze upwards at the night sky, taking in various arrangements and bodies of light from a distance amplified by the darkness of space around the viewer. 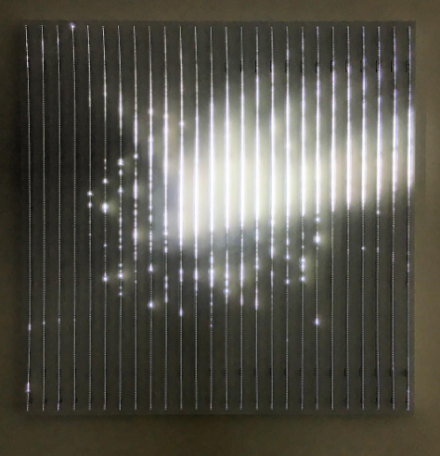 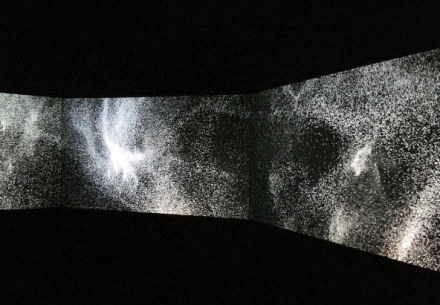 Unlike previous works, where Villareal’s pieces had been used with a direct context and purpose, namely the conversation between massive landmarks, human structures and the spaces around it, the artist’s pieces in the gallery remain notably abstracted, even (in the case of his Particle Chamber) removed from much of the technical mooring that defines his pieces. The result is an exhibition that underscores the depths of Villareal’s interests outside of monumental projects, a fascination with the act of looking, and the time necessary to indulge oneself in the capacities of human vision. At Pace, amidst the ever-evolving patterns of his various works, Villareal offers ample time for contemplation.

The exhibition is on view through August 11th.

This entry was posted on Wednesday, August 2nd, 2017 at 10:36 am and is filed under Art News, Featured Post, Show. You can follow any responses to this entry through the RSS 2.0 feed. You can leave a response, or trackback from your own site.