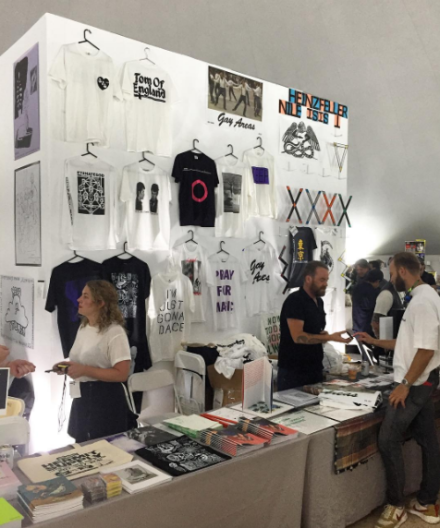 Opening its doors once again this Thursday evening at MoMA PS1, the 2017 NY Art Book Fair got underway with a bang, marking its 12th edition with a new selection of exhibitors, shows, projects and installations that have made the fair a compelling part of the fall art calendar. Inviting well over over 350 booksellers, antiquarians, artists, institutions, and independent publishers from twenty-eight countries to the event, this year’s edition of NYABF continued its engaging work connecting both small press publishers, artists and zine-makers with a broader network of special interest publishers from across the spectrum of both art and writing. 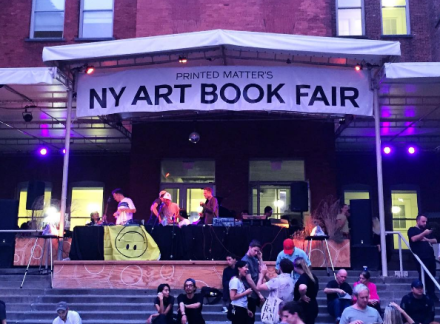 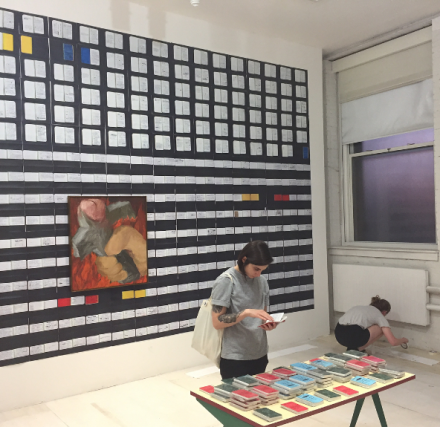 The fair’s mix of installations and presented projects made for an invigorating wander through the aisles and rooms of the fair, each time encountering special editioned works and classic texts that drew the contemporary field’s long engagement with the written word as both conveyer of information and field of conceptual practice. At sponsoring institution Printed Matter’s rare books table, a series of vintage posters advertising shows by Lawrence Weiner, Vito Acconci, and others could be seen hanging on the walls, while Petzel Gallery was offering a more contemporary spin on the editioned poster.  A grid of terrifying posters depicting Donald Trump golfing, adorned by artist Jonathon Horowitz with a vulgar text from one of the president’s candid interviews, was one of the highlights, with guests taking home a copy of the poster with a $5 – $10 donation to the ACLU. At Karma, one could browse through the personal journals of Lee Lozano, perusing the artist’s daily writings in conjunction with her painted compositions. 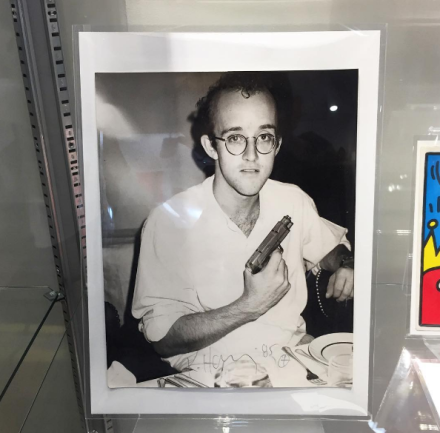 A striking image of Keith Haring at Mast Books, via Art Observed 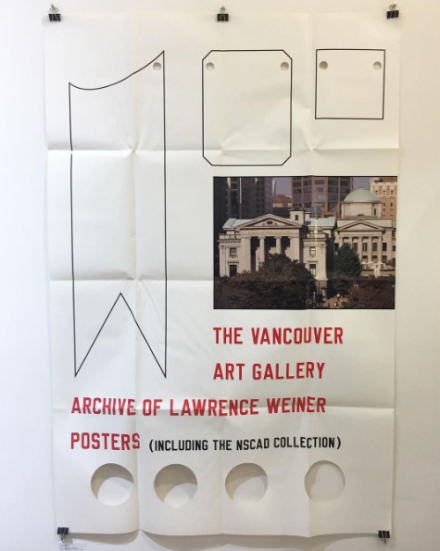 A Lawrence Weiner Poster at Printed Matter, via Art Observed

Upstairs, a series of project spaces and single gallery rooms were presenting special pieces and collections of work that underscored the historical and archival roots of the art book. In one room, Marian Goodman presented series of works by Annette Messager, including both new and historical works delving into a coy, politically-charged feminism. Next door, selections of both printed material and video from “The Starving Artist Cookbook” project were on view, documenting the hours of material showcasing famed artists like John Cage preparing food and sharing recipes on camera. In another corner, just on the other side of the politically-charged “Friendly Fires” section, Sterling Ruby was handing out a series of stark red posters in the Gagosian Gallery booth, which read “Was War Won,” a fitting note for the current era. 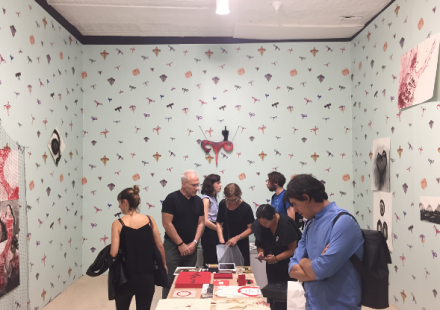 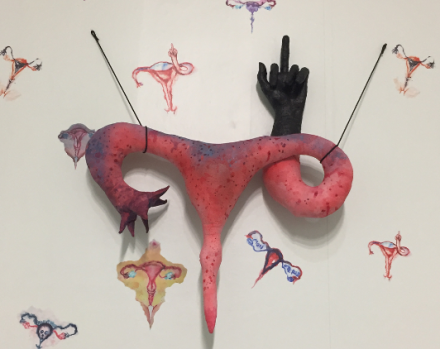 Alongside these pieces, of course, were the wide range of books and texts presented throughout the fair. Modes Vu and Closing Ceremony, a pair of book-makers from China, were presenting a series of nuanced, often quite witty collections of images at their shared booth, while artist Devin Troy Strother’s Coloured Publishing was presenting the artist’s unique brand of socially-engaged and culturally incisive work. Downstairs, Badlands Unlimited was presenting a series of works by artist Paul Chan’s stable of artists and writers, posed as a one-stop shop for groceries, political messages and art pieces, which were drawing impressive attention from those passing by. 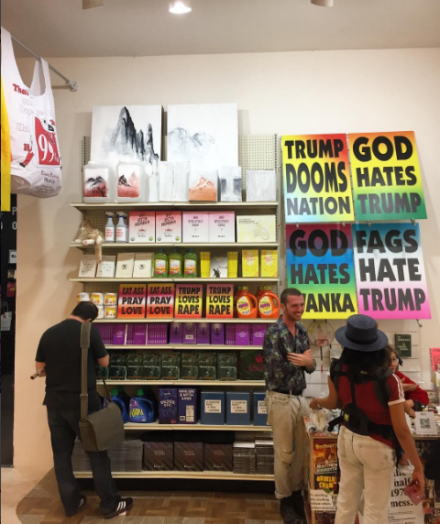 Outside, the event was hosting a range of performances from both local musicians and artists, as well as international mainstays.  New York avant-garde electronics duo BLONDES was on hand during the fair’s opening hours, delivering their brand of warped, throbbing dance music, while Alexis Taylor, a member of seminal British electronic act Hot Chip gave a special performance on piano and guitar during the course of the evening. 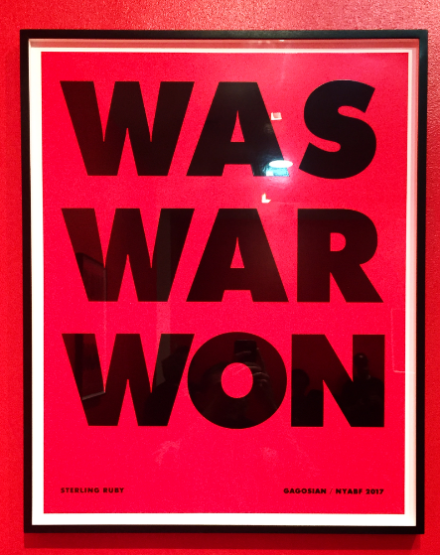 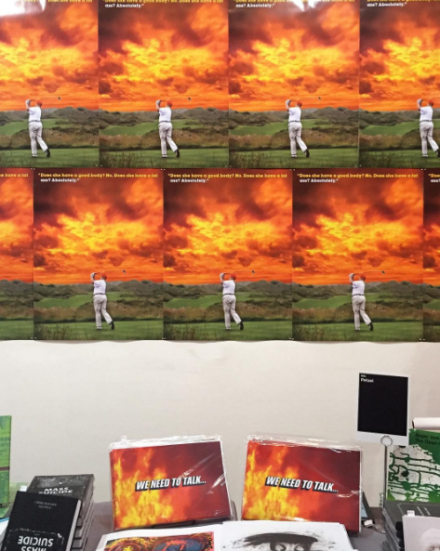 Considering the fair’s increasingly large stature and footprint on the landscape of the New York art world, NYABF seems to have struck something of a fine line between the increasingly well-heeled exhibitors inside, and the spirited Do-It-Yourselfers sitting in the tents outside.  Offering an impressively dense view of the modern landscape of art book publishing, the fair seems to have grown into its role quite well. 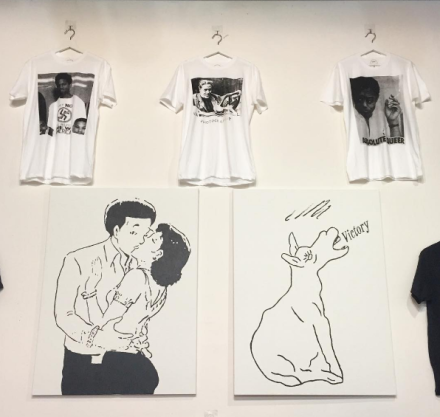 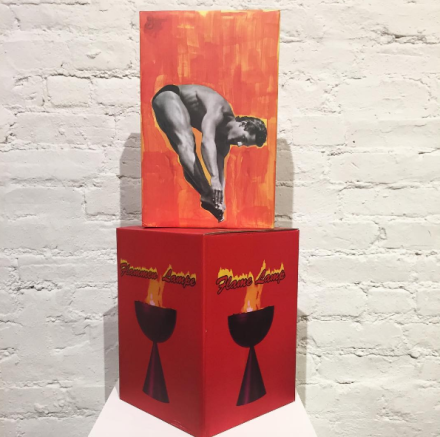 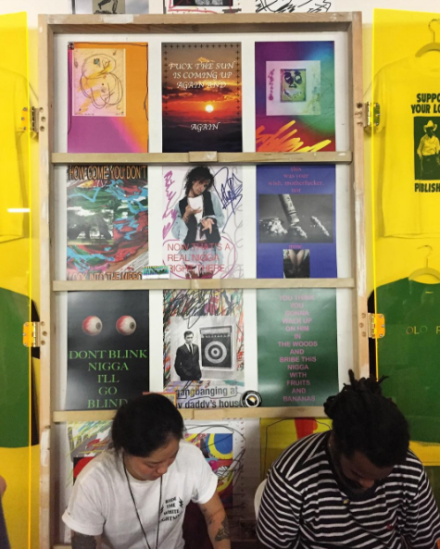 This entry was posted on Friday, September 22nd, 2017 at 9:30 am and is filed under Art News, Featured Post, Show. You can follow any responses to this entry through the RSS 2.0 feed. You can leave a response, or trackback from your own site.