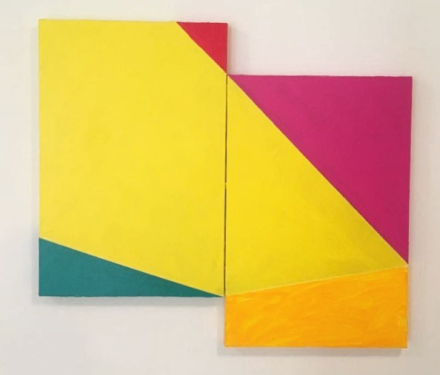 In the early years of her career, artist Mary Heilmann embraced a utilitarian approach to the art object, drawing domestic materials, scrap pieces and other objects into a swirling orbit of bright colors and bold, thick strokes of paint.  Drawing on the energy and vitality of the minimalist language, and its conceptual charge to the body of modern painting, Heilmann’s work embraced both a subdued look at the real landscape of the modern American, and the manifold images that float through it each day.

Mary Heilmann, A Row of Cups and Saucers (2017), via Art Observed

It should come as no surprise then that Heilmann’s exhibition at the Dan Flavin Institute in Bridgehampton feels like such a fitting venue to reflect on the artist’s work. Much like Flavin, Heilmann’s repurposed objects, drawn direct from the realm of modern life, are suspended in an abstracted, almost free-floating engagement with the language of contemporary abstraction. Canvases are coated in thick, liberally-applied layers of paint, and occasionally covered over with other materials like a thick piece of wood, creating a quavering relationships of space and depth.  In other pieces, like A Row of Cups and Saucers, Heilmann’s use of objects like teacups and other ceramics turn the sculptural act back towards utilitarian forms that present themselves as much as a reflection of early, even prehistoric understandings of the aesthetic object as much as tool as object of contemplation. Couched in the language of minimalism, where simple coats of paint push the viewer into a negotiation with their color-matched arrangement, Heilmann seeks a space between either era, leaving only the object and its many-faceted roles and uses in modern society. 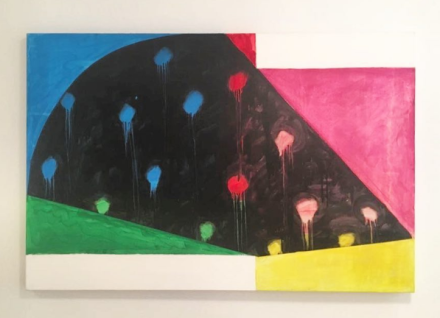 Presenting work from her recent years of practice alongside historically resonant pieces like First Vent, a deep, ochre-tinged canvas that plays with perceptions of movement and vitality through the acrylic’s densely potent color. Heilmann’s practice in these past works, and their sense of a delicate balance between a momentary action and the sheer energy of color and line speaks volumes to the other works on view, which draw on the same dialectic of stillness and power.  When held up against a work like A Row of Cups and Saucers, Heilmann’s interest in use and form, action and pause takes on a greater resonance, an understanding of the painter’s ability to suspend reality, or even the action of painting itself, ad infinitum. Other works, draw on more concrete experiments with the painted canvas, pieces like Ray, which pose a familiar subversion of the canvas’s lone integrity by stretching Heilmann’s image across multiple panels.  Yet even in these moments, movement and form are at the foreground, underscoring how even the familiar gestures of abstraction can be given new life, if only the artist gave them a moment’s pause.

Heilmann’s work is on view in Bridgehampton until May 27th, 2018. 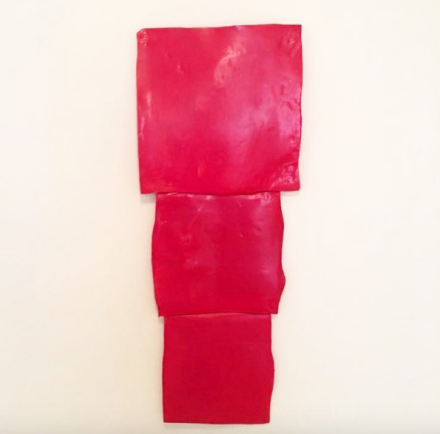 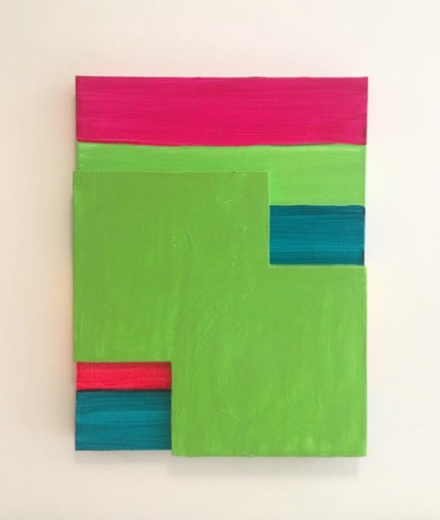 This entry was posted on Monday, September 11th, 2017 at 7:24 pm and is filed under Art News, Featured Post, Show. You can follow any responses to this entry through the RSS 2.0 feed. You can leave a response, or trackback from your own site.