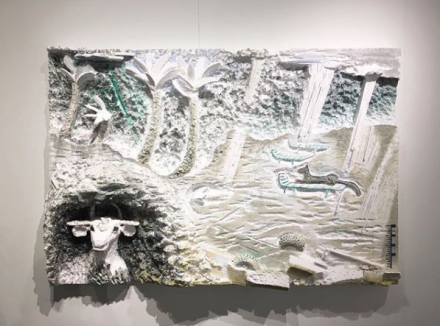 Lin May Saeed at Jacky Strenz, via Art Observed

As far as fairs go each year in Miami, few can compare with the unique flair and spirit of the New Art Dealers Association’s annual production in Miami, taking over hotel lobbies and ballrooms with a collection of works from young artists, smaller galleries and inventive projects that always make for an engaging, freewheeling time matched only by the fair’s impressive eye for vintage Miami charm.  So when the brutal storms that ravaged the southern tip of Florida this year made for some complications in planning at the fair’s annual haunt up-beach at The Deauville, it seemed as if some of the wind had been kept from its sails. Taking over Ice Palace Studios in an area close to downtown Miami, NADA’s most recent iteration manages to make the best of an unfortunate situation, adding the familiar atmosphere and communal spirit of the fair to an intriguing new locale on the other side of Biscayne Bay. 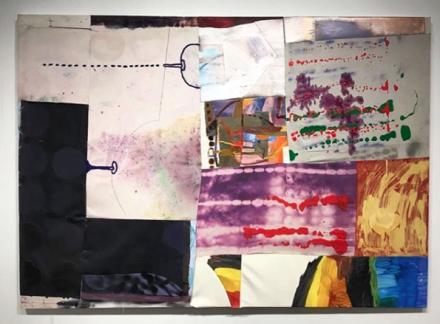 Notching a list of exhibitors that just tops 100, the NADA art fair manages to feel both personal and expansive, with imaginative work and intriguing programming demanding a viewer give their full attention to each and every project spread around the beautifully appointed grounds of Ice Palace Studios.  Outside the space, for instance, artist Ioanna Pantazopoulou had hung a series of colorful, multi-hued hammocks from the lush flora sprouting up around the gardens, ultimately bringing attention to the fertile landscape of the city in contrast with the sprawling towers and condos just on the other side of its wall of foliage.  Inside, more fabric-based work by Cauleen Smith at Kate Werble acted in the opposite manner, bringing bright, natural colors to the stark white walls of the booth in an impressive, but no doubt inadvertent architectural counterpoint. 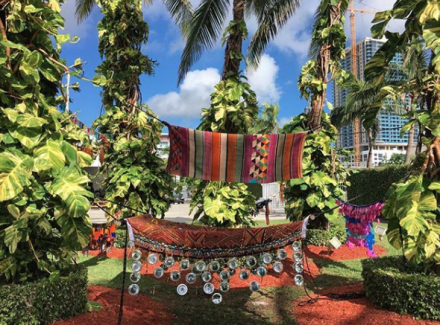 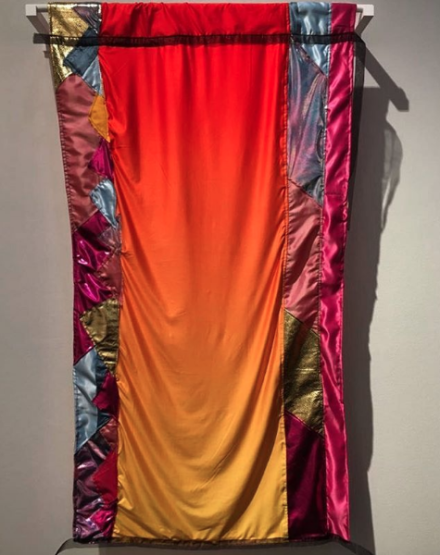 Vivid forms and colors seemed to be a hallmark of the show this year, with a number of galleries siding with a certain approach to abstraction that felt simultaneously cartoonish and rigorously sculptural. At Derek Eller Gallery, for instance, one could peruse a body of impressive wall-mounted arrangements by Jesse Greenberg that mixed a certain allusion to the painted canvas with a three-dimensional, playful engagement with the wall around it. In another corner, Frankfurt’s Jacky Strenz gallery was presenting a series of breath-taking reliefs carved in styrofoam by artist Lin May Saeed, pieces that brought a similar surge of life to such an ostensibly lifeless, staid material.  By contrast, the minimal, but brightly-colored arrangements of artist Andrew Masullo on view at Nicelle Beauchene made for an imaginative variation on the language of graphical abstraction. 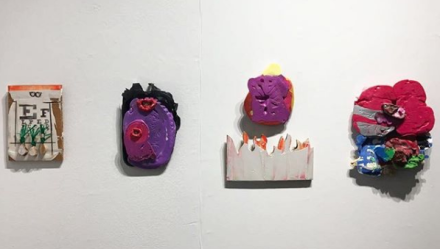 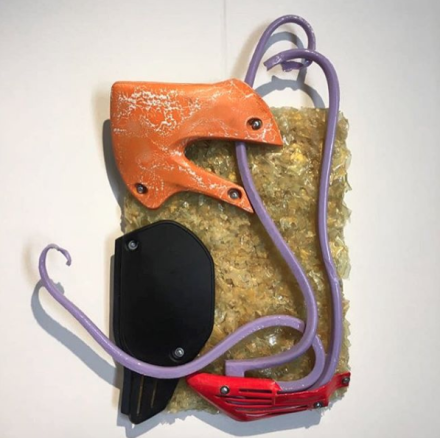 All told, the presentation at Ice Palace Studios fell right in line with the history and style of NADA’s past iterations.  The loose atmosphere and friendly demeanor of the galleries on hand, combined with the modest size of the fair made for an open-ended presentation well-attuned to the fair’s reputation. Browsing the works on view, one couldn’t avoid a feeling that NADA had once again made its new house a home, even way across the Bay from its usual haunt. 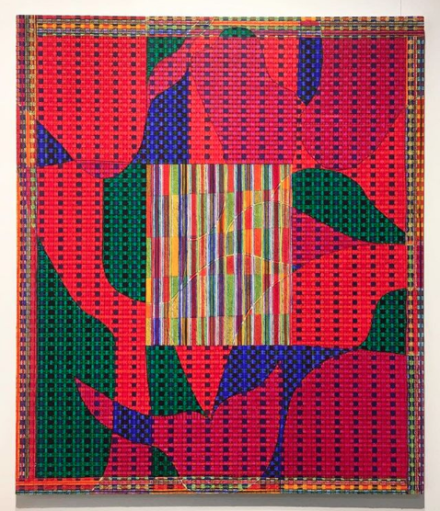 This entry was posted on Saturday, December 9th, 2017 at 12:48 am and is filed under Art News, Featured Post, Show. You can follow any responses to this entry through the RSS 2.0 feed. You can leave a response, or trackback from your own site.