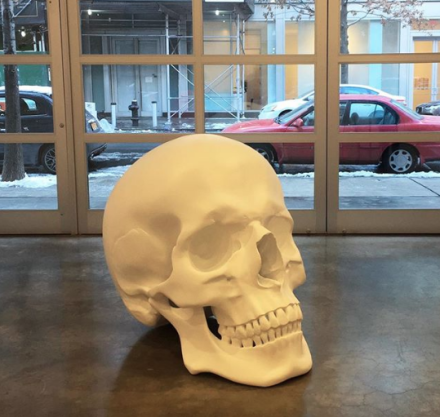 Compiling a range of new works from the artist’s enigmatic sculptural practice, Matthew Marks Gallery has brought a show by Katharina Fritsch to Chelsea, the artist’s first one-person exhibition in New York since 2008. The show, which continues the German artist’s practice in a ground-level engagement with both the forms and images of our everyday lives, as well as the mythologies that animate our daily relationships and cognitive practices, consists of a small series of new sculptures, spread throughout the gallery’s three rooms. 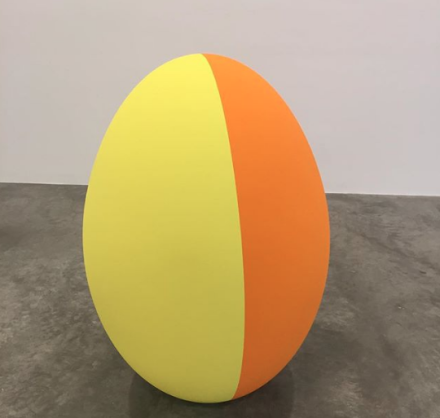 Fritsch’s practice is one directly engaged with the image at a germinal level, taking familiar forms and twisting scale, color and form with subtle inversions of logic, ultimately arriving at a form that dodges in and out of logical comprehension.  One piece, a massive lantern form elongated to tower over viewers, is a particularly good example.  Stretched to the limits of comprehension, the work turns from a sensible and understandable form to an alienated, surreal polygon.  This is complemented quite well by the other works in the first room, a two-tone egg the size of a mini-fridge, and an equally-sized human skull.  The imbalances in scale and form, combined with varying readings of symbols of life and death, combined with Fritsch’s comical lamp-work, pulls the pieces into a strangely compelling system, one that establishes obtuse narratives that nonetheless draw the viewer through the show with any number of connections. 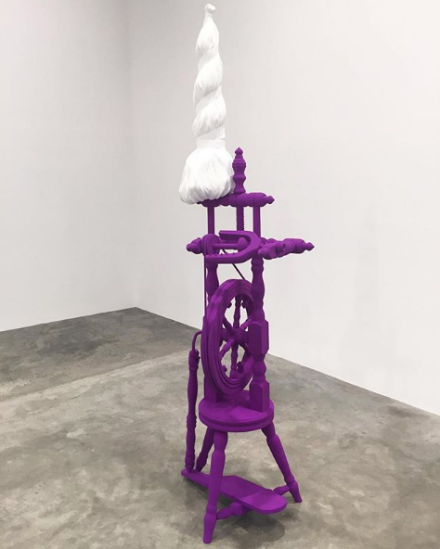 Fristch’s works, despite their initial references toward the everyday, are to some degree suspended in a sort of historical murk, their various anachronistic elements buried underneath the strange scales and colorful appointments in some of her pieces.  An outdated spinning wheel, for instance, feels distinctly connected to the artist’s sense of whimsical elements, both in her willingness to embellish and abstract objects as well as in her willingness to fog historical eras, call up varied cultural signifiers, and even hearken to distinctly different time periods and epochs in the same space.  Even as her brightly colored elements collide with each other, one finds themselves equally trying to connect these images across timeframes, a challenge that adds to their sense of plain-faced abstraction. 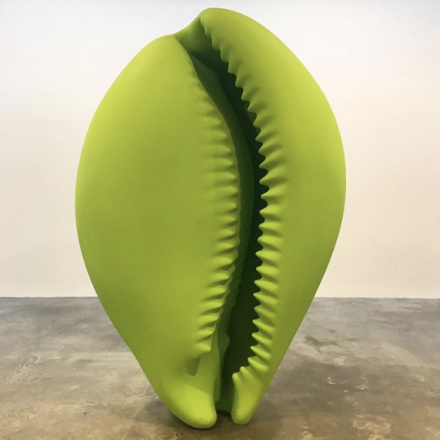 Yet it’s the final room, where a lone, massive green conch sprouts up from the floor, that drives home the realist underpinnings of the show.  Uniting both her surreal objects and images plucked from divergent times, the massive green shell appears as if it unifies both scenes, so commanding and otherworldly in scale and color that any easy distinctions or connections once again fall by the wayside. Fritsch once again proves her self remarkably adept at both scrambling and building complex connections between images, and when she so chooses, completely demolishing the viewer’s built expectations.  This show is a particularly strong example. 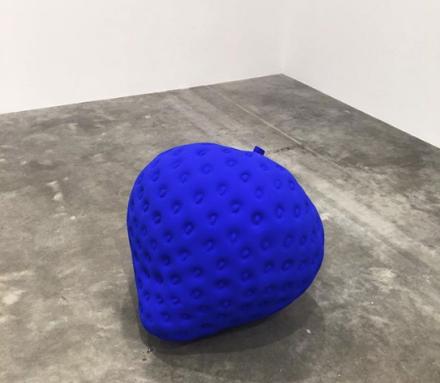 This entry was posted on Friday, December 22nd, 2017 at 12:07 am and is filed under Art News, Featured Post, Show. You can follow any responses to this entry through the RSS 2.0 feed. You can leave a response, or trackback from your own site.