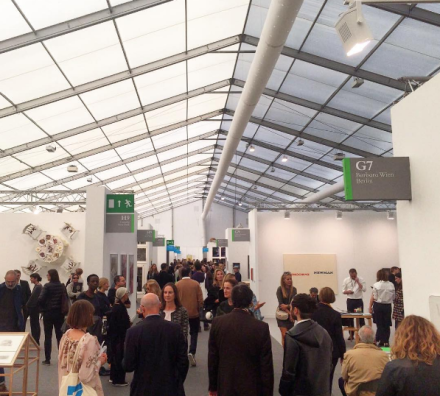 Frieze London returns to Regent’s Park this week, bringing with it its reputation for presenting the best of international contemporary art by emerging and established artists, and its signature program of dynamic commissions, talks and films, all unified under the fair’s bespoke tent design at the heart of the British capital.  Opening Wednesday, the fair will offer a unique look at the state of the British art market, and that of the EU more broadly, while providing a platform for artists in Europe and abroad to explore and express new concepts and ideas in art practice.

At the core of the fair is its impressive roster of galleries and artists on hand, from the blue-chip exhibitors at the center of the fair proceedings to the smaller galleries and exhibitors on hand with younger artists and perspectives from outside the traditional blue-chip fair.  Gagosian will be on hand, showing a series of works by Alighiero Boetti, Harmony Korine, and more, while Lévy Gorvy will present a curated selection of works by François Morellet.  David Zwirner will also be on hand, bringing works by Toba Khedoori and Lisa Yuskavage, among others. Highlights abound well beyond the marquee players at the fest, however. Night Gallery will bring strong works by Mira Dancy and Wanda Koop, while David Lewis will have work by Thornton Dial and Israel Lund, among others.

The fair will also return its well-regarded performance section, LIVE.  Curated by Diana Campbell Betancourt, the 2018 Live program is entitled “Control ~” (“Control Tilde”)—a command on a computer keyboard that unlocks all formulas in a spreadsheet and thus makes them visible. Visitors will encounter works by international artists, drawing attention to unexpected connections and hidden formulas that impact wider social, political and economic realities.  Part of this year’s event, artist Liz Glynn will present her new project The Fear Index at Live 2018, an interactive performance exploring volatility in the financial system, and the psychology of risk. A group of dancers situated in a grid-like installation with sculptural props will move in response to reported sales, data points, and traffic at the Frieze London art fair, accompanied by a live audio mix arranged by Los Angeles-based artist Geneva Skeen. Camille Henrot will also take part this year, taking back up work previously explored in her 2015 Metro Pictures show, under the title Bad Dad and Beyond, Enough is Enough, Ded Moroz, Guilt Tripping, Dawg Shaming, which will install phone kiosks around the fair which viewers can interact with. 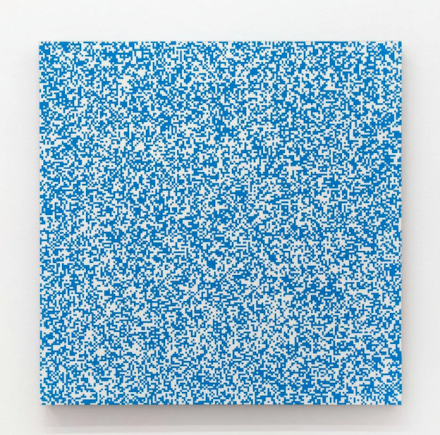 The fair will also return its popular Talks section, offering new perspectives and close contact with a range of artists and performers.  Highlights this year include a talk with Nan Goldin, reviewing the intensely personal aspect of her celebrated practice – including the series ‘The Ballad of Sexual Dependency’ and ‘Thanksgiving’ – as well as her recent activism, as founder of P.A.I.N. (Prescription Addiction Intervention Now) with Linda Yablonsky, a veteran art critic, journalist and the author of The Story of Junk: A Novel (1997). Also of note is a talk by Laurie Anderson, presenting her unique style of multimedia storytelling, drawing on her personal experience – from her Midwestern upbringing to the recent conditions of life in Trump’s America – followed by an in conversation with Frieze Talks co-curator Lydia Yee.

At the Films section, artist Jeremy Deller will be presenting an hour-long film commission, Everybody in the Place: An Incomplete History of Britain 1984-1992, looking back on the country’s “second summer of love,” the blossoming rave scene that reached its peak in the early 1990’s.  Writers Anjalika Sagar and Kodwo Eshun will also be on hand with their Otolith Group project, presenting a new film, Message of the Forest.

Matt Hansel, There Is An Uneasy Distance Between Looking and Seeing (2018), via yours mine and ours

The week will also see the return of Sunday Art Fair, a smaller fair dedicated to young exhibitors and emerging artists designed to give added exposure and access to the buying crowds flocking to London this week, while keeping costs and logistics at a more manageable scale. Ivan Gallery will be on hand, with work by Sandor Bartha, Elijah Burgher and Cristina David, as will Los Angeles’s LTD, which is bringing work by Naima Green and Jillian Freyer.  New York Gallery yours, mine & ours will also be on hand, showing work by Matt Hansel.

Otolith Group, Message of the Forest (Still), via Frieze

On top of the fair proceedings, a string of gallery openings will dot the city. Hauser & Wirth will open a landmark show of works by Zeng Fanzhi at its 23 Savile Row location, while the Serpentine will open a show on Pierre Huyghe on Wednesday.  Also of note is a show of work by Joe Bradley at Gagosian, providing ample opportunities for the intrepid viewer.

Robin F. Williams, Because You’re Worth It (2018), via Various Small Fires

This entry was posted on Tuesday, October 2nd, 2018 at 12:54 pm and is filed under Art News, Featured Post, Show. You can follow any responses to this entry through the RSS 2.0 feed. You can leave a response, or trackback from your own site.