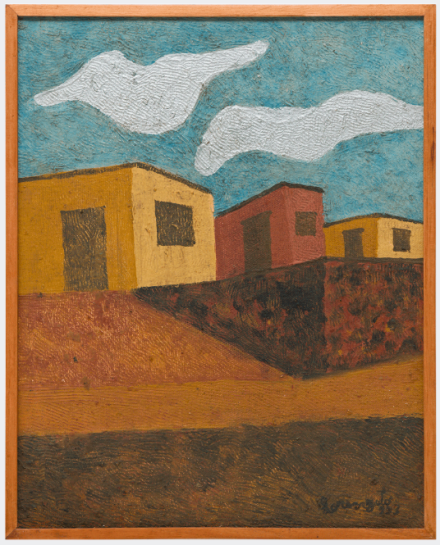 Now through February 9, David Zwirner is presenting work by the Brazilian-born painter Amadeo Luciano Lorenzato, making the the first time Lorenzato’s work is being shown in the United Kingdom, and the first solo show by the artist outside of Brazil. One of the foremost painters of his generation, Lorenzato developed a body of work that centers on subjects he encountered in his hometown of Belo Horizonte, Brazil, where the Brazilian Concrete Art movement emerged in the 1950s. These include land- and townscapes, favelas, and individuals he met in his daily travels.

Lorenzato’s compositions are rendered in a rich palette of pigments the artist created himself, and render their subject matter through geometric forms and textured surfaces, achieved through the use of range of tools that included brushes, combs, and forks. Lorenzato never aligned himself with one particular school or movement. Rather, he sought simply to paint the world in front of him, as he saw it. As he once noted, “I leave home, pick up a piece of paper and draw on it, then I note down the colors more or less and then, when I have the scale models, I paint.” 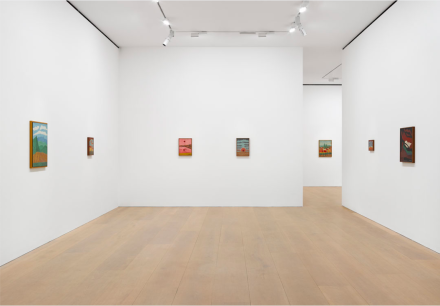 Though he spent most of his life in Brazil, Lorenzato travelled extensively throughout Europe between 1920 and 1948. During this time, he worked across Italy, as well as Eastern Europe, then returning to Belo Horizonte where he lived and worked until his death in 1995. The works on view in this exhibition span the last three decades of the artist’s career in Brazil. They reveal the methods and motifs that occupied the artist throughout much of his life, such as geometric form and texture, as well as a deep rootedness in Brazilian identity and culture. 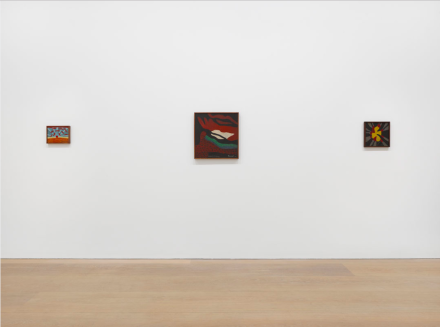 Sunsets, floral arrangements, and hanging fabric are recurrent in these woks, which masterfully use color to delineate space and distill objects to their essential forms. In Pôr do Sol (1989), rows of flower-patterned fabric hangs before a neighborhood, houses rendered in earthy tones of brown and orange and set against a pink-hued sunset beyond a mountain range. Color, texture, and line define the vibrant landscapes of Lorenzato’s Brazil, offering plain and direct yet breathtaking views imparted by an intimate observer of this landscape. 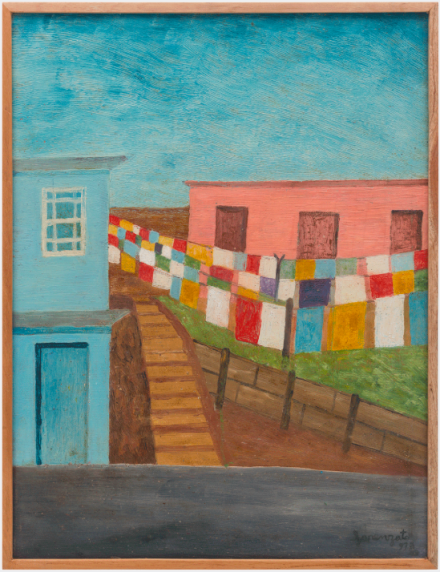 Though appreciated during his lifetimes by his contemporaries, Lorenzato has been relatively unknown outside of Belo Horizonte. His work has only recently begun to receive widespread attention within the broader context of Brazilian modernism. As the first exhibition of Lorenzato’s work in the United Kingdom, this show marks a jumping off point for the wider appreciation of this artist’s stunning work.

This entry was posted on Sunday, January 27th, 2019 at 1:51 pm and is filed under Art News, Featured Post, Show. You can follow any responses to this entry through the RSS 2.0 feed. You can leave a response, or trackback from your own site.