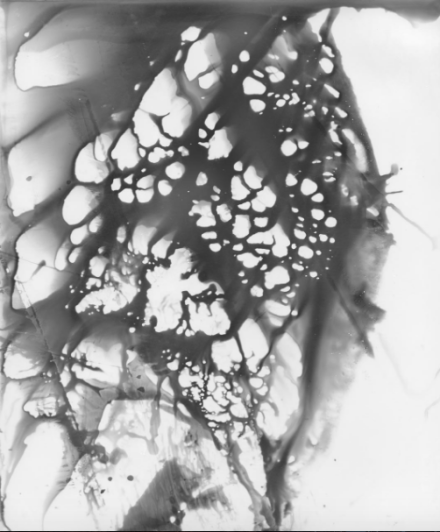 Over the course of the last decade, photographer James Welling has branched out into a series of more experimental modes of image production, often welcoming degrees of abstraction and indeterminacy into the creation of his photographic images.  Using unorthodox photographic procedures in conjunction with varied processes that see his works moving between abstraction and representation, his recent series of work are emblematic of the breadth of his ongoing experimentation with the conventions and materials of photography. 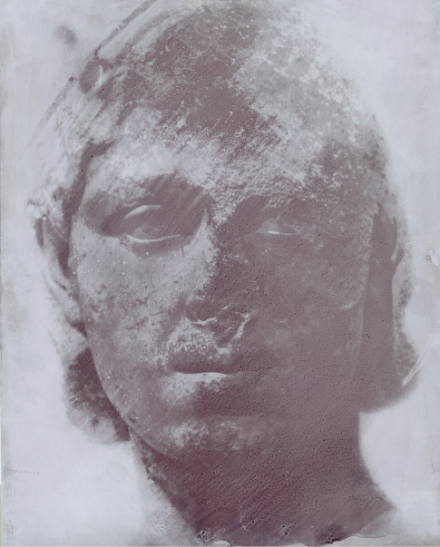 This range of experimentation sits at the core of Welling’s work currently on view for a new show at David Zwirner’s Upper East Side location in New York, presenting three bodies of photograph from the last several years.  The three bodies of work on view—Julia Mamaea (2018–ongoing), Bodies (2014–ongoing), and Chemical (2010–ongoing)—were created by the artist in response to new impulses and interests in the possibilities of the photograph to capture and present more abstract moments of interaction between the original subject, the technology of capture, and the final product.

Since the 1970s, when he was a student at the California Institute of the Arts, Welling has built a relentlessly evolving body of images that considers both the history and technical specificities of photography. While his work delves into discrete series whose subject matter ranges widely, his work is united by an examination of what the gallery refers to as “states of being” producing images that are equally able to be read as an image as they are able to be read as the processes creating it. 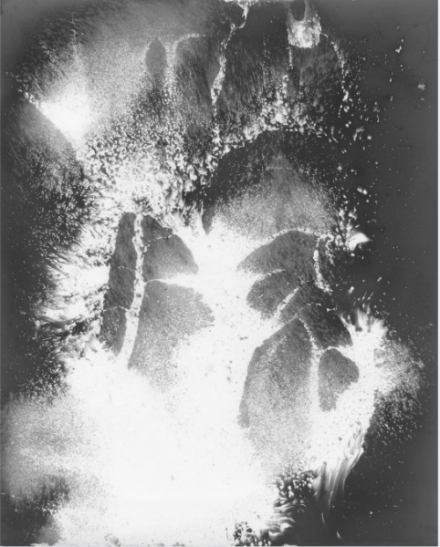 Welling’s 2018 Julia Mamaea, for instance, delves into the partially destroyed statue of the same name on view at The Met just a few blocks away.  Welling’s documentation of the sculpture using unique gelatin dichromate prints coated with aniline dye draws on outdated printing technologies that bear traces of their production, creating veils of color and texture, very much present physically in each image. Exhibited serially, Julia Mamaea presents a study in repetition and difference, underscoring the way meaning is projected through materiality and sequence. 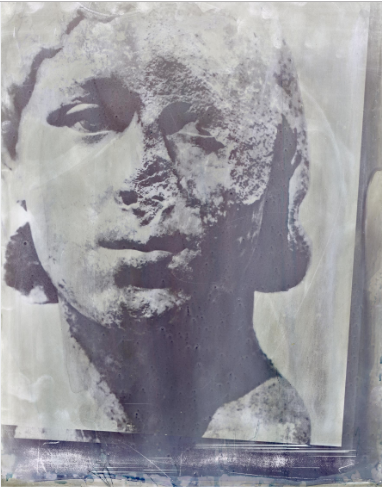 Bodies, similarly, places classical sculpture within complex and layered compositions, investigating the relationship between form and artificial color. The work draws on Greek and Roman stone sculpture as his root imagery, and treats the images both physically and digitally, ultimately creating multilayered pieces the exist in a plurality of states and spaces simultaneously.  By contrast, Chemical, presented on the third floor, continues Welling’s ongoing experiments with camera-less photography. In Chemical, he paints photographic chemicals on chromogenic paper and further inscribes the surface with graphite and other materials. The resulting compositions are at once paintings and photographs—both chemically derived and handmade. 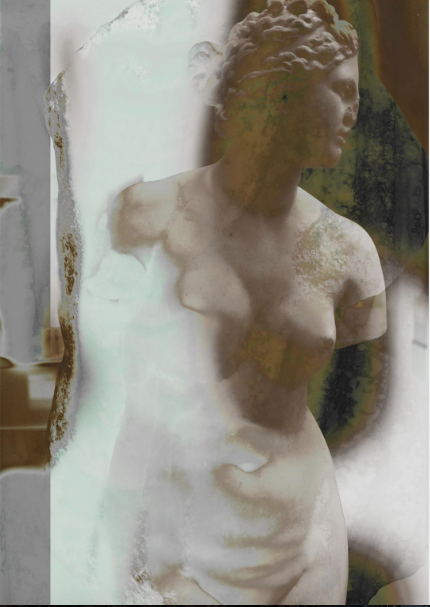 Each series of pieces are presented as a network of images and source material, an intriguing contemplation on the artist’s work, and his ability to move through multiple stages and frameworks of the history of art and image production simultaneously. Layering together a number of historical antecedents, Welling presents images seeking to break free and float in a state away from specificity and context.

This entry was posted on Friday, January 11th, 2019 at 8:19 pm and is filed under Art News, Featured Post, Show. You can follow any responses to this entry through the RSS 2.0 feed. You can leave a response, or trackback from your own site.