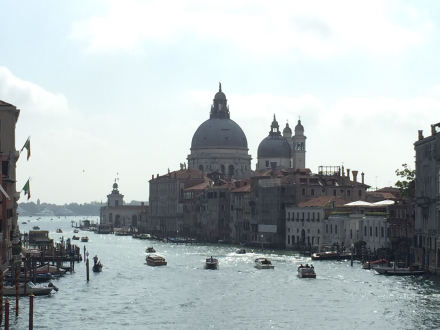 With the summer months looming and the cities of Europe emerging from the gloom of the continent’s winter season, the month of May marks the opening of the the 58th edition of the Venice Biennale, the crown jewel of the art world’s circuit of international art exhibitions and curated projects. Having run for over one hundred years, the annual exhibition stands among the most important and iconic of shows, filling the Most Serene Republic and its winding streets and alleys with countless shows and projects alongside the main exhibitions at the Arsenale and Giardini. In just a week’s time, the fair will open its doors, and announce the prizes for its best pieces and artists, setting the stage for new artworld stars to blossom under the eye of its jury.

The Biennale is a show in three parts, the first being a central exhibition organized by Ralph Rugoff, director of the Hayward Gallery in London, and only the second American to take the slot as a curator for the show. He has selected 79 artists and collectives for his program, titled “May You Live in Interesting Times.”  “It seemed open-ended in what it might mean and might be a way to frame an exhibition that hopefully is reflecting on this time, but also offered the possibility that you might find a perspective of living in this time where you could see it as an interesting time, rather than a dangerous, hair-raising, horrific period of human history,” he tells Art Newspaper about the show concept.  The show will be presented as a pair of separate shows, each showing the same artists with distinct bodies of work in each. 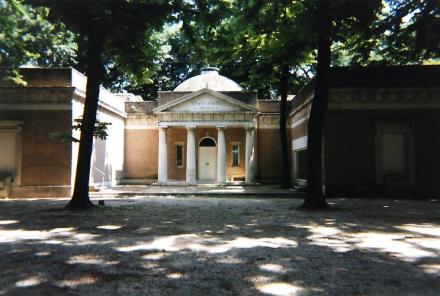 The US Pavilion, via US Department of State

His artist list is equally interesting.  Darren Bader will be participating, showing an augmented reality work that is cryptically references as some sort of alternative guide to the city, but will definitely incorporate some of the artist’s happenstance and madcap approaches to the creation and presentation of work.  Nigerian-American artist Njideka Akunyili Crosby will also be on hand, presenting a selection of new paintings that will offer a grounded, expressive view of modern life and consciousness through her subdued, yet powerful portraits and scenes.  Artist Laure Prouvost will also take part this year, bringing her signature approach mixing chaos and misunderstanding with precise observations of language and persona.  This filmic work, accompanied by sculptures and other objects, features 12 characters, including a magician and a rapper, walking about parts of France, before heading to Venice.

The show also will include the pavilion exhibitions at the Giardini and outside the show at the Arsenale, where each of the participating countries will put on a show in their independent pavilion spaces. At the U.S. Pavilion, for instance, a show of sculpture by Martin Puryear, proposed by the Madison Square Park Conservancy, will go on view, a departure from the powerful and challenging work of artist Mark Bradford on view at the last edition of the fair. At the German pavilion, artist Natascha Sadr Haghighian will follow up the Golden Lion-winning pavilion by Anne Imhof in 2017.  Challenging and data-intensive, the artist’s work around this project will involve the accumulation and representation of data, using economic and information studies principles to reframe the artist’s work, and her name (she will show under the name Natascha Süder Happelmann). The Canadian Pavilion at the Biennale has also been reopened, with a restored interior that The National Gallery of Canada is hoping will improve the working conditions for its chosen artists. “I give always very much importance to the conservation, as much as possible, of the original design,” says designer Alberico Belgiojoso “Nature changes, while architecture stays at it is.” 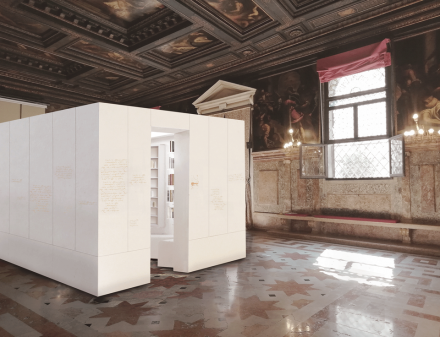 There are also the exhibitions spread out across the city and providing a broad range of different perspectives on the city and its long history with the arts. From ambitious affairs at the city’s museums and foundations to small pop-ups and project exhibitions, to talks, lectures and performances, the city will be packed with artists and works over the next few months.

One intriguing show will feature artist and poet Kenneth Goldsmith, who will be showing a printed version of the Hilary Clinton emails leaked during the 2016 Presidential Elections in the U.S. These are the most important political documents of our times,” Goldsmith says in a statement. “They have been discussed at every level of public opinion but almost no-one has read them.”  The show will take place in a Venetian supermarket inside a former cinema in the Cannaregio neighborhood of the city.  The New Zealand Pavilion will also spill out into the streets of the city, with artist Dane Mitchell presenting a series of phone masts disguised as pine trees, reading out various bits of text over the course of its showing.   At the Ca’ Pesaro, one will be able to view a show of works by Arshile Gorky, an ambitious presentation of over 80 works that will look to once again establish the artist’s monumental footprint on modern art.  Also of note is the UK painter Edmund de Waal’s show in the Venetian Ghetto—Europe’s oldest Jewish ghetto. The artist’s work, dwelling on “the poetry of exile,” will feature two installations, one in the 16th-century synagogue, the Canton Scuola, and a second based in the Ateneo Veneto, near the Fenice Opera House.  Artist Adrian Ghenie returns to Venice this year as well, bringing a body of works to the Palazzo Cini that marks his second time in the city since representing Romania in 2015.  Another landmark show will come from the Fondazione Prada, where curator Germano Celant has compiled the first major retrospective of the work of Jannis Kounellis since the artist’s death in 2017.   Another landmark show comes from François Pinault’s Palazzo Grassi, where a selection of recent and historical works by Luc Tuymans will be on view. 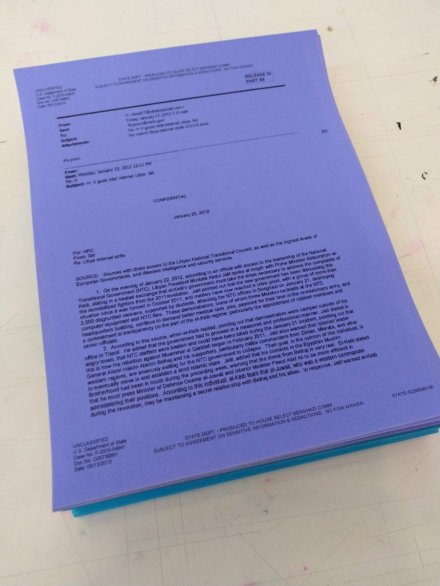 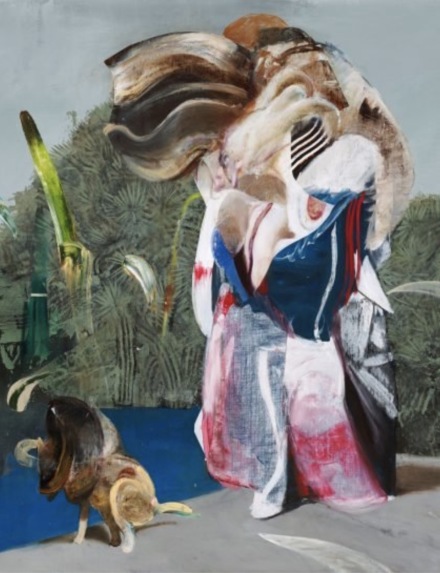 This year will also see the launch of a new arts district on the island of Giudecca, including 11 art galleries and three national pavilions— Estonia, Iceland, and Nigeria. “The island of Giudecca has an incredible legacy as a platform for nurturing contemporary art and we are thrilled to placing all of its current galleries and future projects under one umbrella of Giudecca Art District,” says director Pierpaolo Scelsi. “We want to give Venice back to Venetians and art lovers around the world by creating one united art quarter that is a go-to destination for anyone visiting the city.”  The Icelandic Pavilion is a particular highlight, with Hrafnhildur Arnardóttir (AKA Shoplifter) turning former warehouse into an exhibition space for her brightly colored sculptures made of hair, which will be accompanied by performances from a heavy metal band. 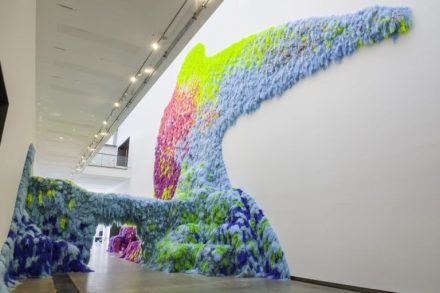 Shoplifter, via the Artist

All told, the opening days of the Biennale are a swirling torrent of shows and projects, a peek into a world where great art is around every corner, and the adventurous only need seek it out.  While these picks are a good start to the week’s events, there’s almost no end to the number of shows one can stumble across.

The show opens May 11th, and closes November 24th. 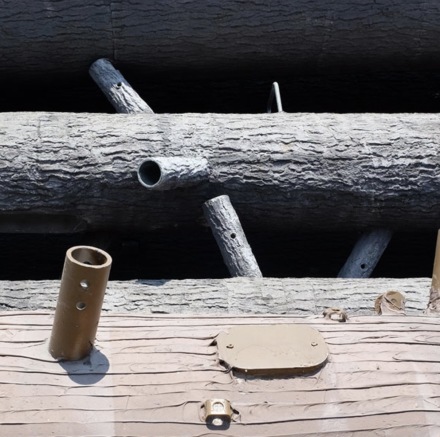 This entry was posted on Monday, May 6th, 2019 at 12:22 pm and is filed under Art News, Featured Post, Show. You can follow any responses to this entry through the RSS 2.0 feed. You can leave a response, or trackback from your own site.