Paris – Seth Price: “Self as Tube” at Galerie Chantal Crousel Through June 20th, 2019 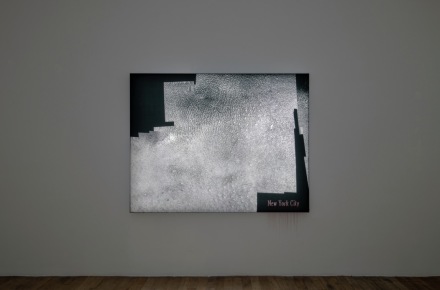 Marking an ongoing continuation and elaboration on his recent works dwelling on the body, shared and public space, production and the self, Seth Price has launched a show of new works on view at Galerie Chantal Crousel in Paris this month. Featuring a recent series of mixed media paintings and back-lit photographs, as well as a series of light-boxes and light tubes, the show continues Price’s recent work wrapping digital imagery around the bodies and the spaces they share, then translating those images to specific art contexts, forms, and functions. 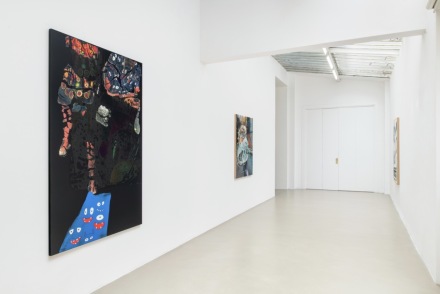 For the past several years, Price’s work has frequently worked with the construction of the body and the consolidation of its various forms within the produced art object. Using digital photographic technology to create images of human skin over long stretches of the body, using models of various ages, genders, and races and a highly specialized camera that captures the body from every conceivable angle. 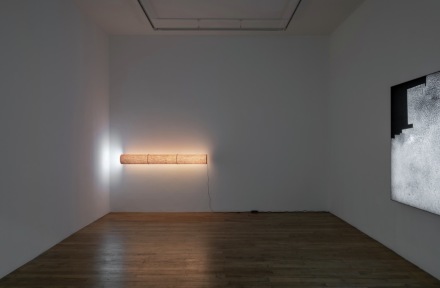 The vast amount of data produced by this process is algorithmically stitched together by a mapping program similar to the one used by Google. Blending the real and the artificial, the images are then further modified with a modeling software. Price’s pictures turn the nuanced curvature of the human arm or leg, torso or foot, into a flat plane, twisting and warping its forms to fit into the space of the image. For his most recent iteration of these works, the finished images are printed onto a proprietary fabric specialized to receive dye-sublimation transfers, and either wrapped around a clear acrylic tube or stretched across an aluminum frame, which is then illuminated from within by strips of LED lights. Capped at one end, the light tubes have a flashlight effect. The result are further abstractions of the body, moving from a study of digital effects to a more abstracted form, taking over raw space in a manner that places skin itself back into three-dimensional space and into participation with the viewer’s movement. 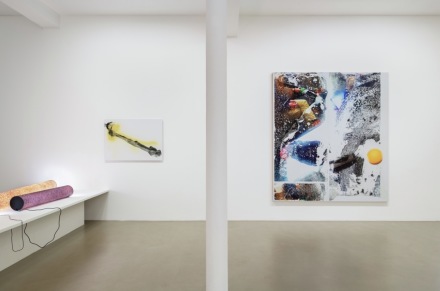 Similarly, with his new paintings, Price uses printing, collage, paint, and photographic techniques. Some belong to the artist’s recent series of “Social Space” paintings, which are based on photographs of people that he took in the New York streets and subways, while others feature objects at once strange and familiar, created with 3D modeling software. All works are manipulated by way of chemicals and pigmented polymer fluids on plastic. Price, in both bodies of work, seems to have gone back to an interest in how images and bodies co-exist, how action and movement, the viewer’s eye and frame, and even the spaces in which these human agents exist, all collaborate in the production of images, meaning, and concrete situations around which the daily world plays out. As much a study of human form and its place in the modern digital landscape, Price’s broader interest in technological pressure on the self, the “folklore” of social symbols, and the spillage of meanings and materials, presents here as an investigation of what happens as the body as sign and as image moves ever further from the body as physical presence.

This entry was posted on Friday, May 31st, 2019 at 2:29 pm and is filed under Art News, Featured Post, Show. You can follow any responses to this entry through the RSS 2.0 feed. You can leave a response, or trackback from your own site.