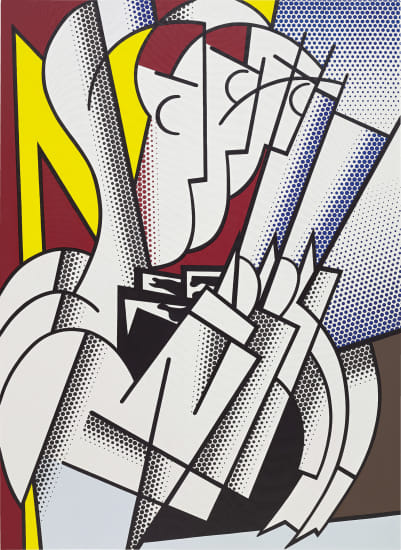 With minimal fanfare and a steady hand, Phillips Auctions rounded out a well-managed evening sale of Contemporary and 20th Century works yesterday evening, closing a 36 lot sale to a final sales total of £35.9 million  with 5 lots going unsold.  The evening marks another strong and reliable outing for the auction house, making itself felt in the blue-chip market with increasingly strong results. 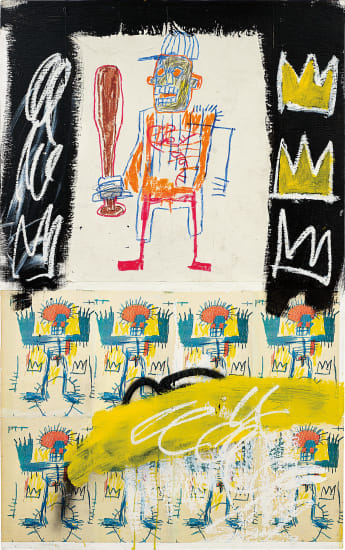 The sale kicked off with a strong performance by a Tschabalala Self work, which has seen strong results this week, achieving a final of £237,500, while a Lynette Yiadom-Boakye work beat estimate one lot later for a £795,000 final.  The sale continued smoothly, breaking £1 million for the first time with a Rudolf Stingel portrait (final: £1,695,000) at Lot 6, and, despite a burned Cindy Sherman one lot later, continued to surge, selling a Hockney studio scene for £2,895,000, and one of the sale’s prized lots, a kinetic Roy Lichtenstein, for £4,977,000.  A pair of Pablo Picasso works followed up strong, holding at estimate for £3,075,000 and £2,415,000, respectively, while the sale’s cover lot, a Luc Tuymans, performed to expectations, selling for a £1,215,000 final.

Sales have concluded for the week, and one can expect several months of rest for major market activities, but rest assured some are already looking to the fall, when another round of auctions will serve as a new test of the international market’s health.

This entry was posted on Friday, June 28th, 2019 at 4:22 pm and is filed under Art News, Auction Results, Featured Post, Show. You can follow any responses to this entry through the RSS 2.0 feed. You can leave a response, or trackback from your own site.