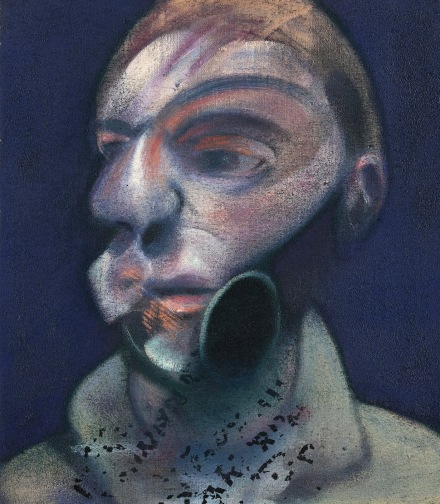 Following up on a steady, reliable auction last night at Christie’s, Sotheby’s came out swinging this evening, marking a £69,720,050 sale in London that showcased a relatively strong market and ample interest for works at the highest levels of the blue-chip market.  The evening’s sale, which saw 4 of the 43 lots on offer go unsold, marked a strong closing for the first half of the year at Sotheby’s, and brings the season one step closer to conclusion. 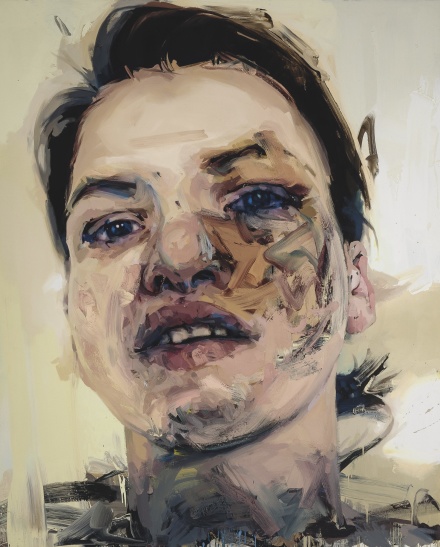 The sale opened with a subdued Charline von Heyl, which garnered impressive interest, doubling estimate to finish at at a final of £150,000, and an Albert Ohelen that also blew past estimates, landing at £1,815,000 over an £800k high estimate.  A few lots later, a Bridget Riley would beat estimate to a £1,071,000, before Jenny Saville’s Shadow Head sparked the first round of major lots, selling at estimate for £4,184,500, and calling up a Francis Bacon self-portrait that also reached estimate to a £16,542,650 final.  A second Albert Oehlen work, Self-Portrait with Empty Hands, was also a strong performer, just topping estimate to a final of £6,234,700.

Following this burst of strong sales, the sale would trickle through the later lots.  A Christopher Wool text painting failed to sell at Lot 19, while a Lucio Fontana piece sold at estimate for a final of £2,415,000.  But the latter half of the auction was commanded by the setting of a new auction record for the work of Wols, selling at 10x the estimate for a final of £4,526,200.  The sale moved relatively quickly following this offering, closing out on a run of works selling at estimate with little fanfare.

This entry was posted on Wednesday, June 26th, 2019 at 4:30 pm and is filed under Art News, Auction Results, Featured Post, Show. You can follow any responses to this entry through the RSS 2.0 feed. You can leave a response, or trackback from your own site.