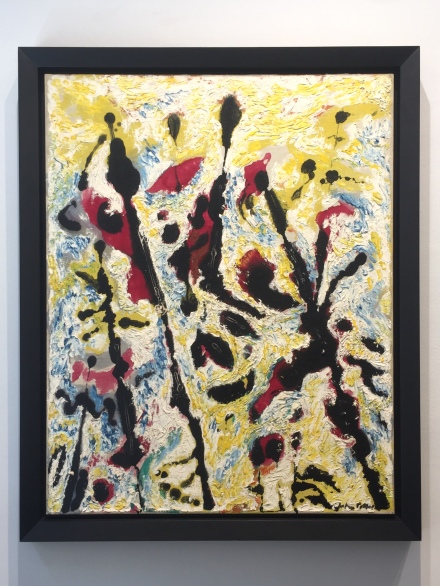 Continuing Abstraction is a fitting title for the exhibition just opened at Rheinsprung 1, another pop-up fair exhibition by the mighty Gagosian Gallery that simultaneously serves as the inauguration for its 17th permanent exhibition space worldwide. Marking both an exploration and elaboration on the language of abstraction, both in the past and through today, the show seems to look back at Gagosian’s impact on contemporary art, intertwined with the languages of abstraction that have changed and evolved over the past century. 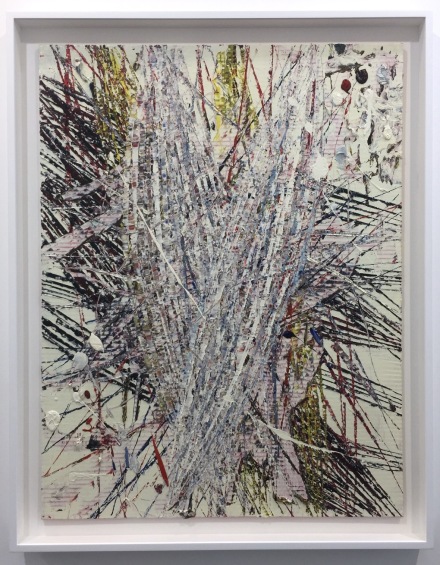 More than just a demonstration of formal possibilities, this exhibition attests to the ways in which abstraction has allowed artists to charge even the most basic compositional structures with new meaning, welcoming a series of works that run from paintings to sculpture, ready-mades to deconstructions of the canvas, always using abstraction and its languages to explore the trajectory of abstraction in the United States and Europe from the immediate postwar period to the present. The show traces artists’ diverse approaches to materiality and gesture in particular, with painting taking center stage, and the dripped and poured paint of Abstract Expressionism to the multi-referential innovations at the forefront of today’s painters allowing nuanced conversations to emerge from the assembled works. 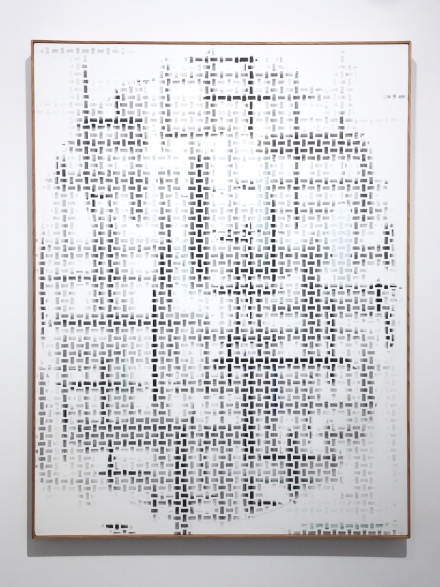 Roy Lichtenstein, Plus and Minus VI (1988), via Art Observed

What’s most notable here is the potential historical scope a gallery like Gagosian is able to assemble for such a show, painting with broad strokes that are anchored by the quality and depth of the works on view. The earliest works included are by Willem de Kooning: January (1947–48) and Untitled (1948), works that ground the show’s insights in alternatively subtle and radical movements away from observation-based abstraction and towards the expressive non-objectivity of American Ab-Ex. The painter’s works depict the biomorphic in fragments, twisting elements and aspects of the body and the world through an increasingly distorted lens. A similar effect is achieved in the works of Helen Frankenthaler on view, yet, with a bit more pacing, the forms and figures set in a sort of lackadaisical drift that turns them slowly away from their initial referent. These operations allow an increasingly abstracted narrative thread to emerge, moving through the operations of Cy Twombly, and minimalists like Brice Marden, while also doubling back on the later minimalist references of Roy Lichtenstein’s Plus and Minus VI (1988) or Marden’s own style of grid-based iterations. Works by Joe Bradley and Albert Oehlen offer a more recent perspective, combining prior modes of abstraction in order to reconsider the distinctions between genre and media, spontaneity and calculation 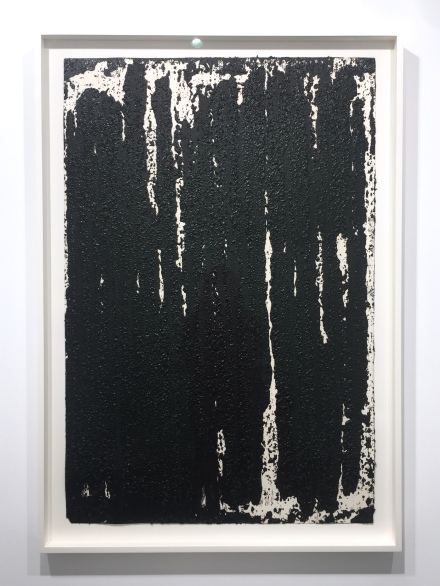 Taken as a whole, the show is an impressive invitation to consider the role that Gagosian takes in the definition and exploration of modern painting, and how it has posed its own artists within that continuum. Echoing down through the annals of history, the works on view seem to beg the question of just how tightly intertwined galleries like Gagosian are to the history, and nomination, of painting’s course forward. 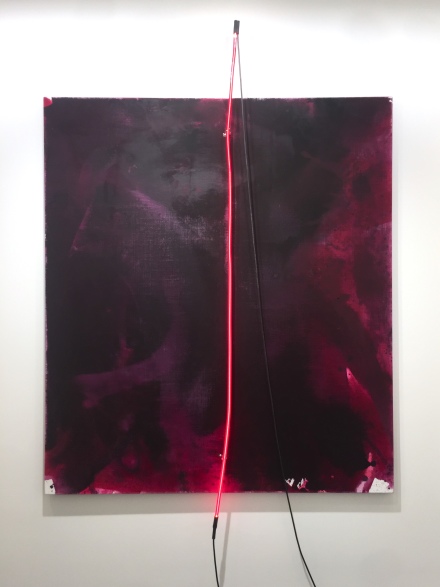 This entry was posted on Friday, June 14th, 2019 at 1:29 pm and is filed under Art News, Featured Post, Show. You can follow any responses to this entry through the RSS 2.0 feed. You can leave a response, or trackback from your own site.