New York – Alex Israel: “As It Lays 2″ at Greene Naftali Through 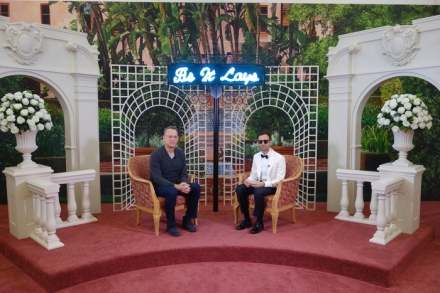 On view at Greene Naftali’s exhibition space in Chelsea, the Los Angeles-based artist Alex Israel has put forth a selection of new works and a collection of videos that reflect on his practice idolizing and reflecting the dizzying landscape of the Californian metropolis. Trafficking in the seductive, aspirational imagery that characterizes his hometown, Israel’s practice regularly draws on the aesthetics and iconographies so often reserved for commerce and Hollywood, and turns them towards a sort of suspended sense of both propduction and self-mythologization. 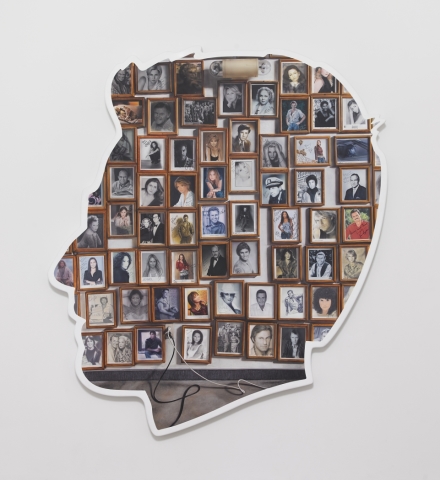 Like many artists, Israel’s aesthetic language is predicated on the production of images, yet his images stem from the self, from the presentation of an object and ethos already in existence as a way to further propagate it, namely, his own face and image. Languages of product placement, viral marketing and social media converge in his works, as Israel embraces a unique approach to self-promotion and self-marketing that pervades his paintings, installations, and readymade objects, even the commercial formats of merchandise, film, and TV. 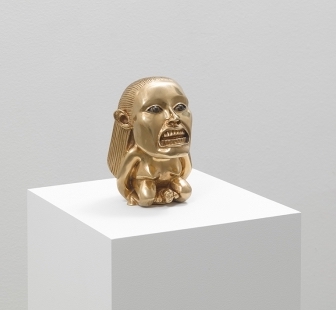 This work is centered by his ongoing self-portrait series, a sort of cartoonish avatar outline of his head that has undergone countless color permutations and graphical embellishments over the years. In this body of works he has captured iconic Los Angeles scene; twisting freeways and rearview mirrors, celebrity headshots, and even a photo drawn from Instagram of two girls posting live from the grounds at Coachella. The work pulls the production of the city’s own reputation, its sunny landscapes, star-maker machinery and of course its legendary music festival brand through Israel’s own image, a sort of all-consuming personal brand that leaves the city inseparable from his own outline and perspective, these are self-portraits of Israel embedded in his own landscape, or rather, the landscape becoming increasingly pronounced within his own persona. 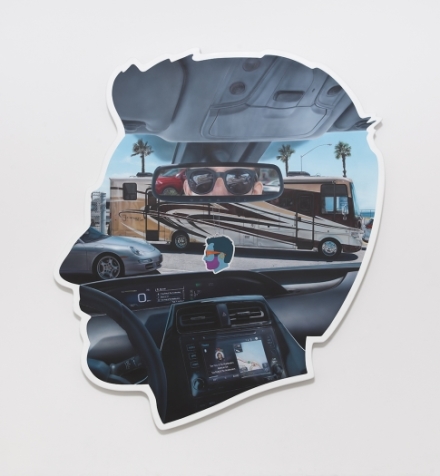 Israel is also presenting the sequel to As It Lays in the gallery space, his DIY talk show filmed on a Hollywood Regency-style set that lifts the signage of Bel Air. The work in which Israel wears his trademarked Freeway sunglasses while volleying banal questions to an eclectic succession of celebrity participants, presents a sort of fragmented counterpoint to the expressions of daily life included elsewhere in the show, a flat plane of entertainment industry glitz that seems to both defuse the star power of his guests, and present Israel as on a level with their own fame. His questions are untethered to the stars’ particular accomplishments, or to even celebrity itself; instead Israel’s impersonal questioning renders his subjects at once iconic and interchangeable. 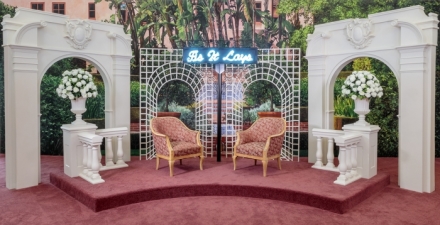 This production of Los Angeles and of himself, as both passive observer and concrete signifier, underscores Israel’s strangely compelling operations, an artist looking out at the sunny expanses of the city, and allowing them to become an ever-more integrated part of his own self.

This entry was posted on Tuesday, June 4th, 2019 at 2:39 pm and is filed under Art News, Featured Post, Show. You can follow any responses to this entry through the RSS 2.0 feed. You can leave a response, or trackback from your own site.