January 20th, 2021
REFERENCE LIBRARY
Home » New York – Joan Mitchell: “I carry my landscapes around with me”

New York – Joan Mitchell: “I carry my landscapes around with me” 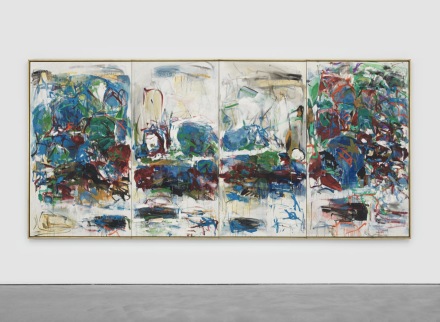 Currently on view at David Zwirner’s 537 West 20th Street location in New York, the gallery is presenting  a selection of multi-paneled paintings by American master Joan Mitchell, the first exhibition to look specifically at Mitchell’s work in this format, and the possibilities for her work brought forth through the use of expansive amounts of space.

Organized in collaboration with the Joan Mitchell Foundation, the exhibition is an impressively deep and well-curated affair, working through four decades of the artist’s career through a tight framework of her work with multi-paneled arrangements.  Featuring paintings from both public and private collections as well as the holdings of the Joan Mitchell Foundation, this show will be the gallery’s first exhibition of Mitchell’s work since having announced exclusive representation of the Foundation in 2018. 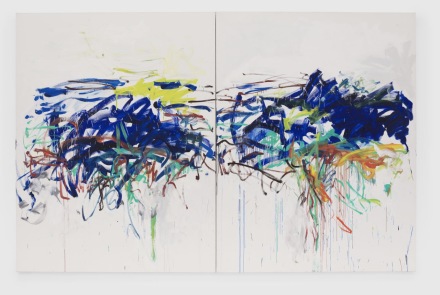 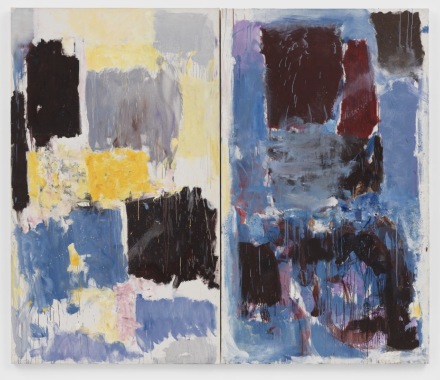 The show in particular underscores Mitchell’s challenging use of the technique. One of the few artists of her generation to embrace polyptych compositions, Mitchell would refine and expands her approach in the format, orchestrating a distinctive balance between continuity and rupture that would see her delve into the structure and space afforded her across many feet of canvas. The pieces present, true to the show’s title, as expansive landscapes emerging out from the collected array of gestures and movements, a panorama of movements and actions that underscore Mitchell’s ability to work between languages of space and time, memory and immediate impression, depth and stillness. 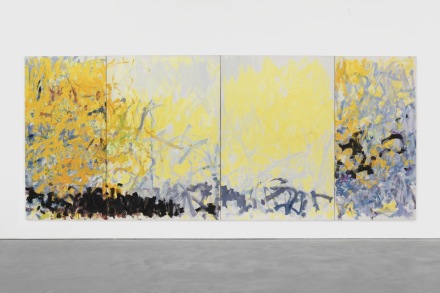 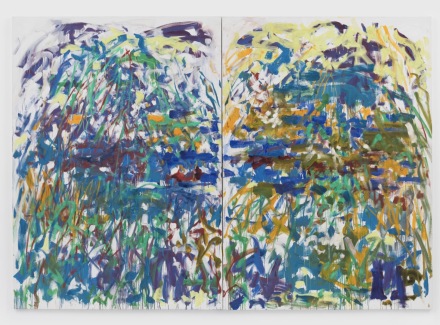 Of particular note in the show is La Seine, a nearly fourteen foot wide composition that swirls and twists,  through space, billed as one of the the first quadriptychs that the artist made, and underscoring the sense of vision and movement she sought to express in these complex arrangements.  By contrast, other works see a series of minuscule canvases laid together in array, as if Mitchell sought not mere the sensation of seriality or scale in her use of multiple canvases, but a quite definite sense of separation and space, the lines of each work keeping her ideas and gestures split apart when she saw fit. In Edrita Fried, dedicated to Mitchell’s longtime friend and psychoanalyst in the year of Fried’s death, the artist manifests a sense of melancholy and reverence in its movement from vigorous and dense blue and violet brushstrokes in the left panel into the yellow-orange at the far right.

Much in the same manner as the paintings themselves, Mitchell’s show here is a true emotional journey, swirling in and out of focus in torrents and strokes of paint.  The summation of these pieces is a world created anew, created in both tiles of canvas and great swaths of movement.

Read more:
Joan Mitchell: I carry my landscapes around with me [David Zwirner]

This entry was posted on Wednesday, June 26th, 2019 at 12:10 pm and is filed under Art News, Featured Post, Show. You can follow any responses to this entry through the RSS 2.0 feed. You can leave a response, or trackback from your own site.