For over three decades, artist Julia Scher has explored the relationship between surveillance, authority, and exhibitionism, orchestrating complex and intimate explorations of the way human and non-human parts of the modern technological apparatus function, both in the creation of and the limitations of personal expression and individual freedom in the modern world. Delving into how technology creates new and divergent relationships to the existing structures of power, Scher investigates just how these relationships bound and inform our place in the world. 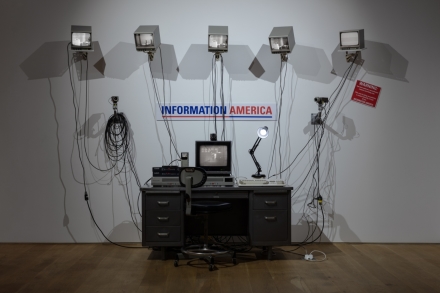 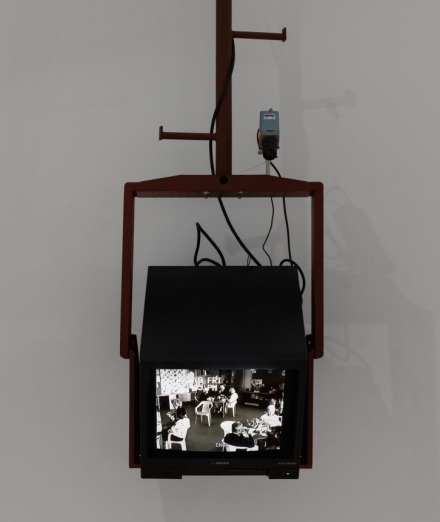 In one work on view the nearly four-hour confessional video Discipline Masters, Scher recounts traumatic memories from her childhood in a style of direct address to the camera that is now a common device in reality television programming. In another, Scher poses the act of surveillance as a reclaiming of marginalized bodies, in particular the elderly and infirm, posing their forms against the interiors of the gallery. 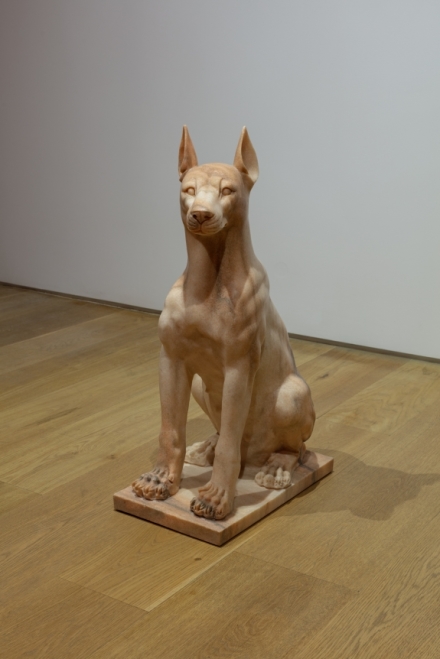 Another work, Information America, 1995, generates an administrative aesthetic to give cover to the potentially more alarming, then new, activity of profit-driven data harvesting, a striking investigation of digital rights that showcasing the forward-thinking and often politically challenging thought of Scher’s practice over 25 years ago. Scher’s work seems to follow the links in thought and modern political theory to their natural conclusions, a point that both underscores why so much of her work now feels light years ahead of its time, often to the point of a chilling accuracy. Viewing her work, the aesthetic arrangements and the political undertones that she covers, one can only wonder why we did not heed her words, and her works, far earlier.

The show is open through July 26th. 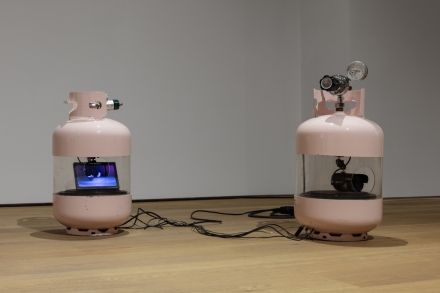 This entry was posted on Thursday, June 27th, 2019 at 12:05 pm and is filed under Art News, Featured Post, Show. You can follow any responses to this entry through the RSS 2.0 feed. You can leave a response, or trackback from your own site.