May 17th, 2022
REFERENCE LIBRARY
Home » RIP – Painter Joyce Pensato Has Passed Away at the Age of 78 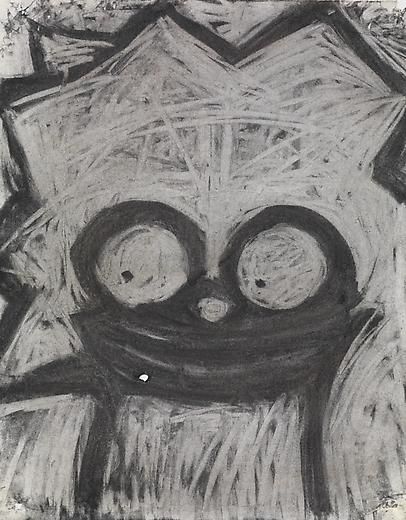 American painter Joyce Pensato, whose recurring cast of American pop icons and slurred, often disturbing renditions of familiar cartoon characters made her a standout of the late 20th Century New York downtown scene, has passed away at the age of 78.

Born in Brooklyn, Pensato first was a longtime student of the Art Students League and the New York Studio School, sharing a studio with artist Christopher Wool. Her works, which developed a uniquely brusque approach to figuration and exploration of cultural iconographies, would evolve into a stark exploration of modern culture, depicting harsh takes on Mickey Mouse, Homer Simpson, Felix the Cat, and more, all executed with massive slurs and splashes of black paint that gave the works a dark atmosphere and strangely captivating emotional landscape lacking from her original models. “I like being messy and I love throwing paint around and fucking it all up,” she said to Artforum in 2017. 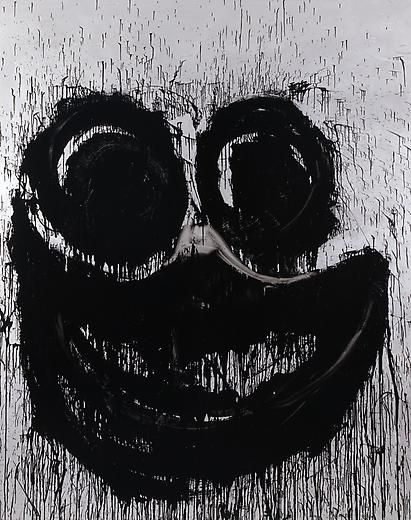 Pensato would find success as her works great increasingly.expressive and powerful during the late 80’s and early 90’s, building a language that would come to define her output. “She has no interest in using cartoon imagery to cool down her paintings, to distance herself from the emotionalism and spontaneity of Abstract Expressionism,” reviewer Barry Schwabsky wrote in Artforum’s first review of her work in 1995. “Instead, Pensato uses it, in distorted form, to emblematize, to name, however indirectly—as purely abstract imagery perhaps no longer can—the aggressive, anxious psychological quality that is the content of her work. . . . Pensato accepts the cartoon as a distortion of the human figure, then distorts the distortion only to mutilate it as well.”

Pensato’s work is in the collections of the Centre Pompidou in Paris, the Museum of Modern Art in New York, the Whitney Museum, the San Francisco Museum of Modern Art, and the Hammer Museum in Los Angeles, among others, and her tributes to the American imaginary will live on as an expressive aspect of 20th and 21st Century practice.

This entry was posted on Thursday, June 13th, 2019 at 7:28 pm and is filed under Art News, Featured Post, News, Obituary. You can follow any responses to this entry through the RSS 2.0 feed. You can leave a response, or trackback from your own site.