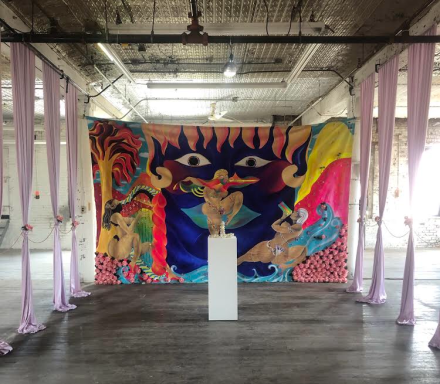 Taking over the impressively appointed former William Ulmer Brewery at 81 Beaver Street in Bushwick, local gallery The Chimney has initiated an impressive installation, taking over six large rooms in the building to present a series of large-scale installations and selections of works by nine American and international artists. 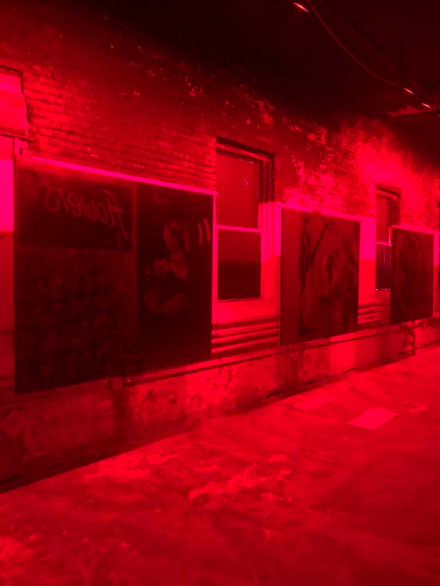 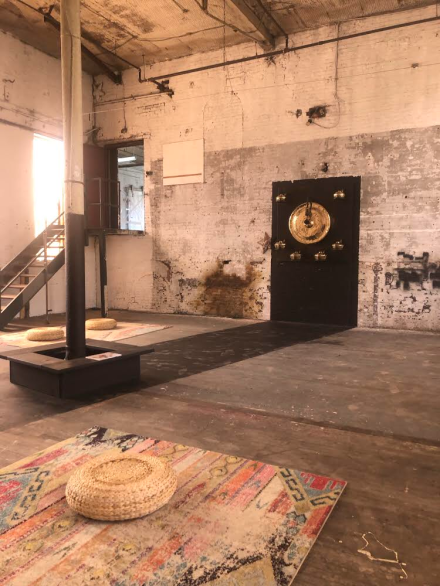 Held in collaboration with Tungsten Partners, the exhibition welcomes a series of both local perspectives on the area, and an expanded sense of how the Bushwick neighborhood has become a hub for international exchanges in the artists.  The first room welcomes the works of Japanese artist Yasue Maetake and Andrew Erdos, who has worked in the area for several years. Using glass as his primary medium, Erdos’s work explores intricate investigations into landscape and time, forming massive geological analogs that underscore the artist’s process and material in exchange with broader sensations of our global ecological systems, while Maetake’s mixed-media sculptural works investigate the liveliness of matter, artifact’s material and expressive qualities as well as the infinite possibilities of forms.  Conversing through their distinct practices and shared awareness of materiality and time, density and balance, the combination is an intriguing set of selections. 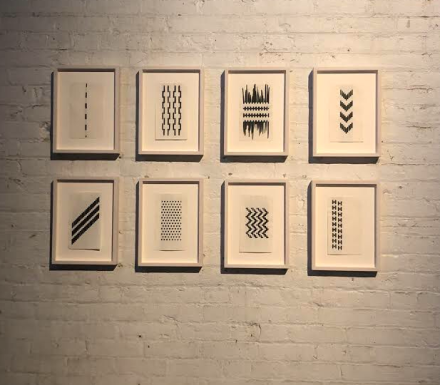 In another room, artist Matt Taber has installed a table whose surface appears as a static cut-out of the ocean, a form that walks a thin line between designed object and utilitarian material that underscores the relations to the sea as a static boundary and moving architecture, one bound by outside forces and flows.  Paralleling this concept with that of the cybernetic exchange that humans enact each day with algorithmic data systems and information flows, Taber draws a connection between long-held models of the world and newer forces that, in part, govern it. 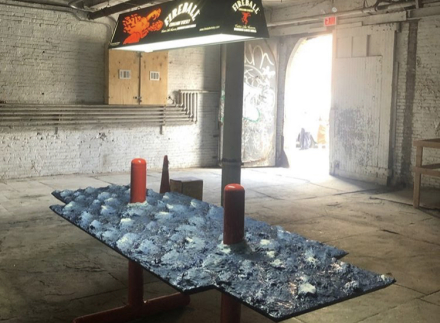 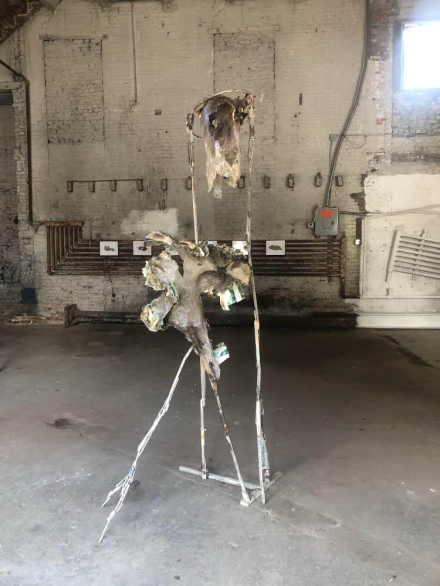 This sense of interplay and the creation of new worlds is a fitting metaphor for the show at large, a space at the cusp of a new period for the North Brooklyn neighborhood.  As increasing attention is played to its fertile arts community, these connections between points of the map get increasingly complex, and ever more compelling.

This entry was posted on Friday, July 26th, 2019 at 6:23 pm and is filed under Art News, Featured Post, Show. You can follow any responses to this entry through the RSS 2.0 feed. You can leave a response, or trackback from your own site.