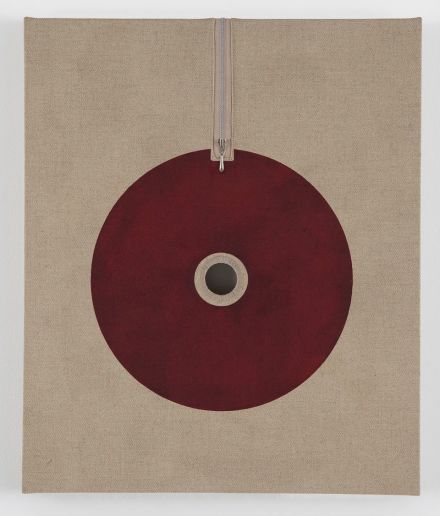 On view for the summer months at Lehmann Maupin, a group show compiling the work of Angel Otero, Donald Moffett, Carrie Moyer and many more. The exhibition, co-organized by Curator Michael Goodson and Lehmann Maupin Curatorial Director Anna Stothart and spanning both of its Chelsea locations, combines a group of artists centered around more traditional formal, material, and spatial concerns, while also explicitly engaging with social, political, and psychological areas of influence to expand the established narrative traditionally used to answer the question, “Where does abstraction come from?” 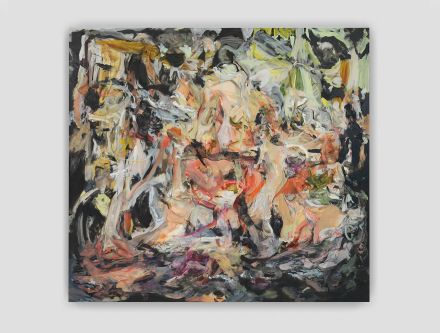 Cecily Brown, All Nights Are Days (2019), via Lehmann Maupin

Bearing the title ‘cart, horse, cart,’ the show targets concepts of the intrinsic, rigorous, hybrid, and systematic qualities of constructing work, the ideas of process and iteration that each of these artists pursue within their individual practices. The viewer is thus encouraged to consider a more expansive view of abstraction, one that includes, but is not limited to, personal and shared histories, cultural specificity, modes of identify, and of course, process. Like the work of McArthur Binion, which twists subtle biographical reference systems and personal information into a network of deft brushstrokes and meticulous pattern-making, the works explicitly depart from the classical notion of abstraction viewing the canvas as a space of raw movement and energy or restrained focus. 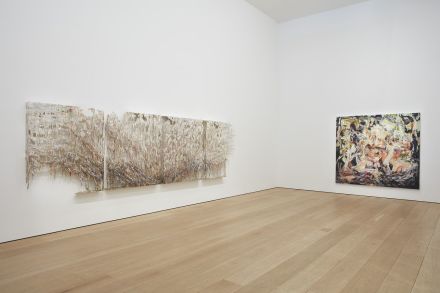 Career-long practices emerge not only from formal conventions of painting, but also from empirical conditions unique to each artist and their process. While artists like Angel Otero, Tomashi Jackson, and Molly Zuckerman-Hartung push against the confines of the shape of the standard canvas and stretcher bar to create paintings that activate the space they occupy, others such as Sarah Cain, Beverly Fishman, and Donald Moffett explore materiality as a way to deal with the rigorous content of each work. Together, the artists featured in cart, horse, cart explore the myriad styles and underlying systems artists continue to consider by reexamining the complex foundations and assumptions embedded in abstraction. In Brown’s work, one can see the multiple layers of brush movement and and the figures and forms repeatedly built up and broken back down through layering and repeated action. By contrast, Fishman’s works bear the marks of both focus on surface texture and color as much as the spatial arrangement of objects and parts, a concept that creates a nuanced, almost hypnotic after-effect.

Closing Friday, cart,  horse, cart is an intriguing look at just how the modern artist works through systems and their abstractions, ultimately rebuilding the “cart” once again. 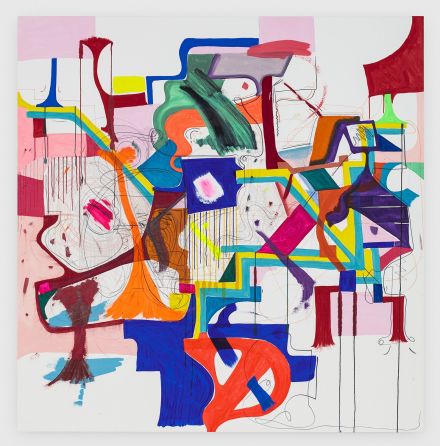 This entry was posted on Friday, August 16th, 2019 at 4:41 pm and is filed under Art News, Featured Post, Show. You can follow any responses to this entry through the RSS 2.0 feed. You can leave a response, or trackback from your own site.