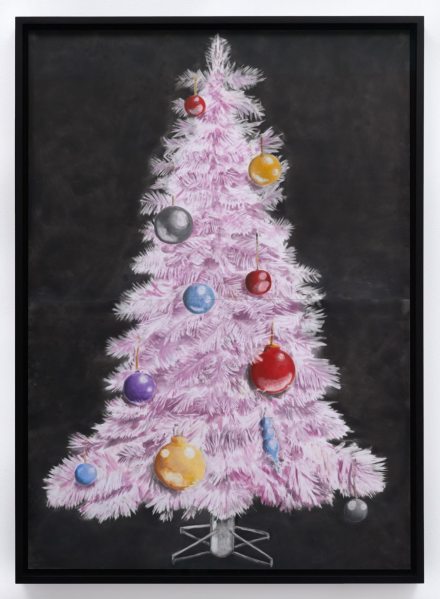 “What is the weird?” queries Karma in the exhibition text for its summer group show, which brings together the work of Henni Alftan, Matt Hilvers, Ruth Ige and Andrew Sim. Quoting from Mark Fisher, the show’s press release seems to trace a subtle line around the show as a whole: “When we say something is weird, what kind of feeling are we pointing to? I want to argue that the weird is a particular kind of perturbation. It involves a sensation of wrongness: a weird entity or object is so strange that it makes us feel that it should not exist, or at least it should not exist here.” 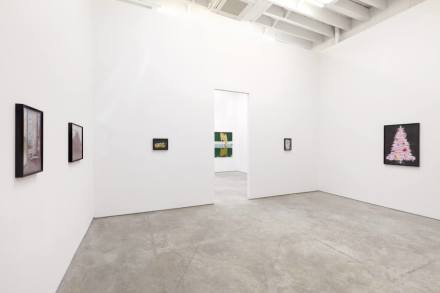 The sense of displacement and alienation that the text seems to emphasize drives to the heart of the works on view, and their respective conceptual moorings in turn. This is definitely a “weird” show, a combination of extreme close-up images and distended turns on text painting working alongside ghostly apparitions and traditional landscapes. The show, in some degree, seems to work at the idea of the weird as merely a frame, a unifying element for a diverse body of works; these are artists working at distinctly divergent technical approaches and subject matters. Yet something subtle lurks beneath. 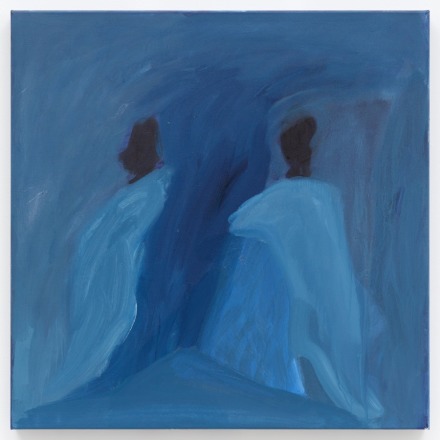 The range of skill and historical context are expansive here, and the various styles and approaches utilized move through a range of practice that places the works not so much at the end point of different progressions, but more so at a convergence point in pursuit of something just out of reach inside the image. There’s the range of subjects depicted in Andrew Sim’s work for instance, a wooly yeti depicted with a comically human face, or a glowing pink Christmas tree, each isolated from a ground that might turn the work back into a scenic study. Rather, the alienation of the object turns these works into something else, a clinical examination of sorts that interrogates both its own construction and the symbol itself. 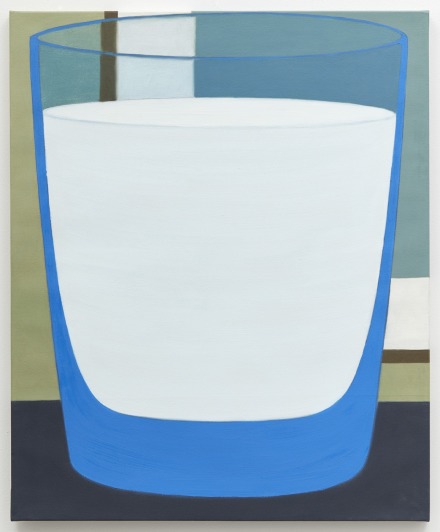 By contrast, Ruth Ige’s series of blue-hued paintings take an ostensibly human forma and suspend it in flurries of painterly gesture, refusing to land in definitive stages and scenes, and instead giving the work over to fervent movement and energy. Yet this power is countered by the rich blue palette, which fills the image with a calming, subdued energy that hamstrings any sense of vivid action. 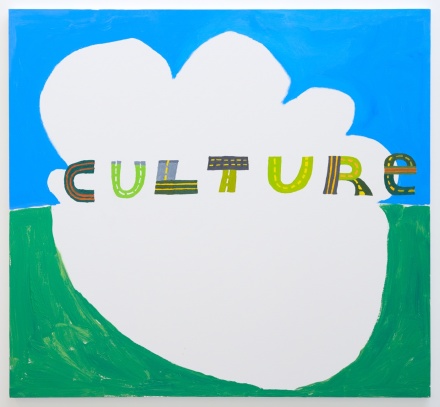 Henni Alftan’s work seems to split the difference, posing images and scenes that hint at a sudden movement or pause in a sudden action. A spilled glass of milk in one work takes a sharp look up close at the scene, presenting a moment of pathos for the fallen object while delighting in the soft curves and gradual lines of the glass. This might be the best way to pursue an internal logic for “the weird,” in this show, as if the sense of how the image is created and constructed on canvas distances the scene from its original construction, and how the painter’s own enjoyment or struggle with this image renders the new one in physical space. The painter is positioned as struggling with an image as it is birthed, as seesawing, between the state of construction, between imagination and perception, all while the work is created. Few sensations could be weirder.

The show is on view through September 15th.

This entry was posted on Monday, August 12th, 2019 at 3:01 pm and is filed under Art News, Featured Post, Show. You can follow any responses to this entry through the RSS 2.0 feed. You can leave a response, or trackback from your own site.