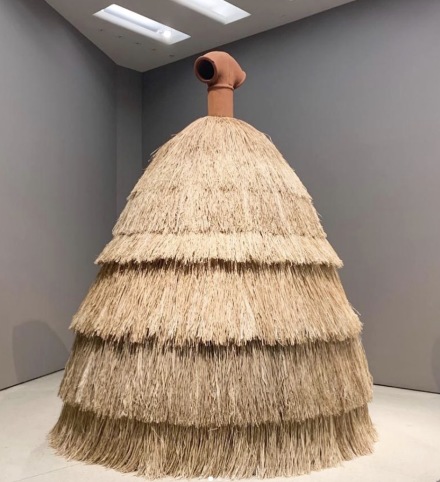 Over the course of her career, Simone Leigh has continuously and insistently centered the black female experience, creating a range of works that pose the body in arrangements twisting architectural elements, sound, and other items into shared space. For her show with Guggenheim for her 2018 Hugo Boss Prize, the artist explores fusions of sound, text and sculpture to create broader narratives of resilience and relation. 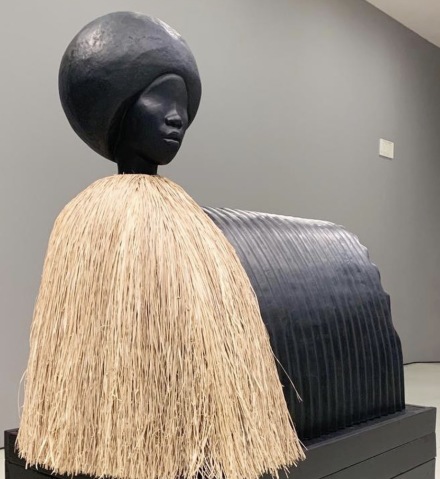 The show title is drawn from the writings of Harriet Jacobs, a formerly enslaved abolitionist who, in 1861, published an account of her struggle to achieve freedom, including the seven years she spent hiding from her master in a tiny crawl space beneath the rafters of her grandmother’s home. This act of defiant fortitude, which forged a “loophole of retreat” from an unjust reality, serves as a touchstone for Leigh’s long-standing commitment to honoring the agency of black women and their power to inhabit worlds of their own creation. 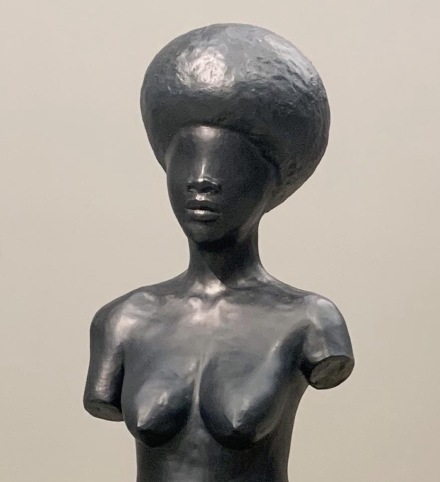 In the new sculptures on view, Leigh has merged the human body with domestic vessels or architectural structures, calling to mind ideas of labor and care, while summoning ancient archetypes of nude statues and the folk traditions of the African Diaspora.  Other historical references also abound, ranging from the Benin bronzes to the portraiture of seventeenth-century Spanish painter Diego Velázquez.  The artist’s work, delving into the idea of “formal creolization,” the artist’s work embraces the legacy of colonialism as a manner to examine and reposition these frameworks as both forces of dissonant re-workings of culture, and representations of the rifts left by the force and violence of colonialism. The faces of Leigh’s bronze sculptures are depicted without eyes, while another work features an abstracted torso assembled from a clay pipe. This refusal of a reciprocal gaze endows each figure with a resolute autonomy. 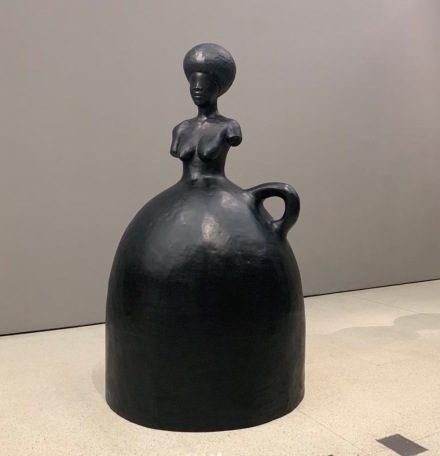 Leigh’s prevailing theme of self-determination is expanded upon in a sound installation at the back of the gallery and in an accompanying film program featuring works by the artist and by director Madeleine Hunt-Ehrlich, turning the voice of Harriet Jacobs into a series of exploratory video pieces that delve into history and seek to bring back a part of that same historical trauma that her writings bring to the surface.  The narrative of Harriet Jacobs is one of many evoked by cultural historian Saidiya Hartman in a new text that grew out of a dialogue with Leigh. Available as a takeaway broadsheet designed by artist Nontsikelelo Mutiti, Hartman’s “Notes for the Riot” renders a rich poetics of black feminist revolt and transcendence, one that reverberates throughout the exhibition.

The show is on view through October 27th.

This entry was posted on Friday, August 23rd, 2019 at 12:21 pm and is filed under Art News, Featured Post, Show. You can follow any responses to this entry through the RSS 2.0 feed. You can leave a response, or trackback from your own site.