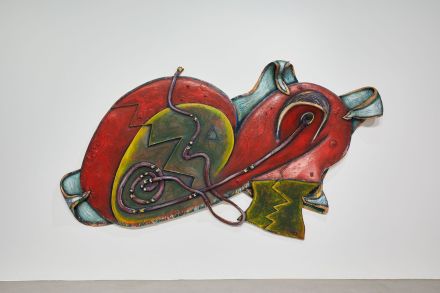 The work of American painter Elizabeth Murray gets its first UK exhibition this summer in London, with Camden Arts Centre showcasing an impressive selection of the artist’s work from across her multifaceted career. Documenting Murray’s continued engagement with the languages of abstraction and conceptualism, the artist’s work delves into various iterations of painterly expression, from studies in violent action to nuanced investigations of the canvas as a form and medium in and of itself.

Absorbing influences from Arp to late Kandinsky, as well as her contemporaries — including Warhol and the Chicago Minimalists—Murray was part of a group of like-minded artists who rejected the hard-edged painting style of the previous generation in late 1960s New York. Her works animate the canvas as a site of both realistic re-creation and graphic embellishments that turn the canvas towards one piece of a compressed space, where multiple layers and gestures must contend with each other. 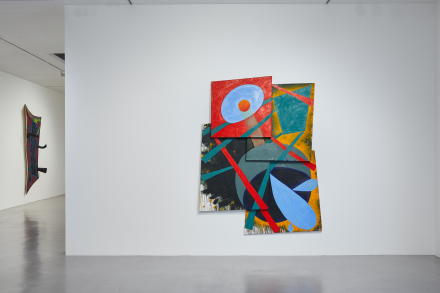 The show aims to serve as a sort of historical missing link, tying Murray’s vivid experimentations to those of the generation to follow her in New York. Focused around her work during the 1980’s, Murray’s practice is investigated as a tie to the works or artists like Julian Schnabel and David Salle, each drawing on her sense of the possible in painting and her vibrant, monumental, multi-panel and three-dimensional paintings and works on paper from the era. On view are signature paintings including Wake Up, from 1981, featuring a shattering coffee cup across three canvases that plays between illusion and the literal, often twisting the language of the “traditional” women’s space of the kitchen and home, and turning it into a site for upheaval and change. Her depiction of objects often explored by her historical forbears are here challenged with a new sense of energy, as if daring critics to make connections between her gender and her work. 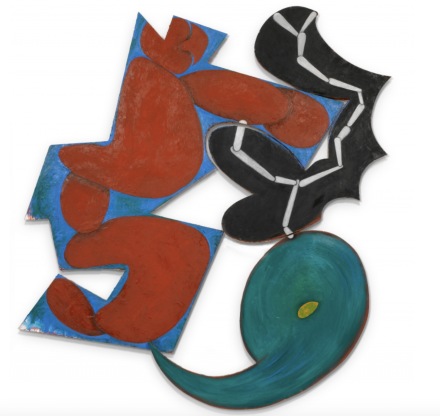 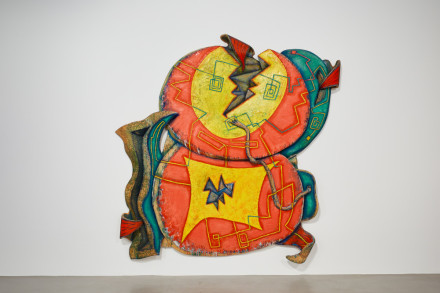 The show’s sense of history, and how one might consider Murray’s work in the landscape of today, makes for a striking conversation on new narratives emerging out of the still conceptually vibrant movements of the 1980’s. Timely and revealing this exhibition is a unique opportunity to see and reassess the exhilarating three-dimensional paintings from this influential but previously undervalued, artist.

This entry was posted on Wednesday, September 4th, 2019 at 12:26 pm and is filed under Art News, Featured Post, Show. You can follow any responses to this entry through the RSS 2.0 feed. You can leave a response, or trackback from your own site.