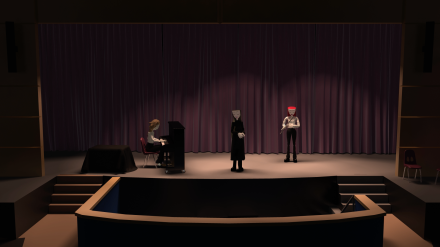 With the turning of the seasons and the first tastes of brisk fall weather, this year’s edition of the Performa Biennial is set to open in New York.  Marking the 8th edition of an event founded by art historian and curator RoseLee Goldberg, Performa is dedicated to exploring the critical role of live performance in the history of twentieth-century art and to encouraging new directions in performance for the twenty-first century.  A favorite among the New York art world, the fair offers a deep look at a range of performing practices and perspectives spread across the city, inviting adventurous art lovers to dive into the fabric of the city to seek out inspiring and energetic new work.

This year’s edition, spanning November 1st to the 24th, is a densely-curated selection of events, marking a year focused in particular around the 100th anniversary of the Bauhaus, and a selection of works celebrating and reframing its conceptual impact. The Bauhaus is also the focus of the Performa Institute programming, daily events, and talks at the Performa 19 Hub – a pop-up space in Manhattan that becomes the epicenter of the three-week program. 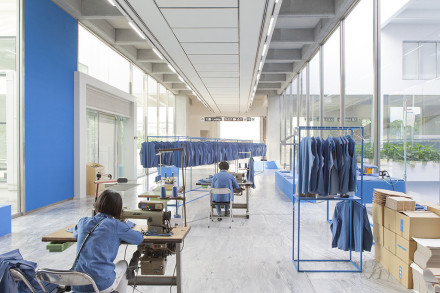 Huang Po-Chih, Production Line-Made in China and Made in Taiwan (2014), via Performa

Of particular note among the selection of works every year is the festival’s commissions, which originates new performances by artists, many of whom may not have worked live before, to create a work especially for the Performa Biennial, supported and developed from concept to realization with Performa’s curatorial and production team, and presented in dedicated spaces appropriate to the scale and intention of each work. Among the works are a production by artist and composer Samson Young, whose interpretation of the popular Chinese folkloric myth of The Eight Immortals features a range of music and video work accompanying the classical story, as well as a new work by Bunny Rogers, reflecting once again on the media consumption of her childhood and its impact on the world around us today.  Also of note is Performa and Performance Space New York presentation of Kia LaBeija’s first large scale performance, Untitled, The Black Act, proposing a contemporary interpretation of the third act of Oskar Schlemmer’s early Bahuaus ballet piece Triadic Ballet (Das triadische Ballett), a twist of language and identity that will see the performer challenge easy distinctions of adaptation, concept, identity and place. 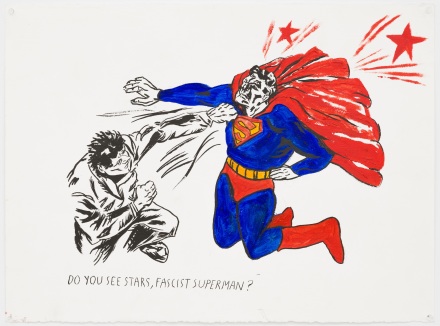 Other highlights are spread across the city, taking a range of performative techniques and concepts.  For instance, at the New Museum, artist Raymond Pettibon will stage a reading of an assemblage of his fragmentary scripts, scenes, and lyrics, billed as an attempt to envision personal perspectives and imaginative approaches to the historical past and the edges of society, while joined by a range of performers that include Marcel Dzama, Kim Gordon, and more. Elsewhere, at Salon 94’s new uptown studio, the renowned designer Gaetano Pesce will set up his full studio within the gallery space, and will conduct a series of experimentations in direct engagement with his audience. 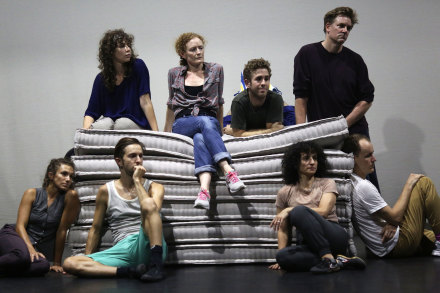 Yvonne Rainier, Parts of Some Sextets, via Performa

There are ample events and productions to attend, with a full program available at the Performa 19 Website.  The event runs from November 1st to the 24th.

This entry was posted on Monday, October 28th, 2019 at 7:55 pm and is filed under Art News, Featured Post, Show. You can follow any responses to this entry through the RSS 2.0 feed. You can leave a response, or trackback from your own site.