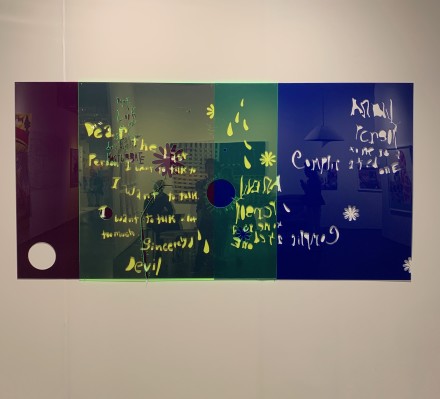 Art Week Miami is underway, and the city itself seems to have slowly built its own counterpoint to the sprawling complex of fairs across Biscayne Bay at the Miami Beach Convention Center.  While Miami Beach continues to draw massive crowds of both buyers and visitors, its luxe appointments have long found a compelling counterpoint at NADA Miami, set up inside the Ice Palace Film Studios, where the focus is on showcasing new art and to celebrating the rising talents from around the globe. Exploring new or underexposed art that is not typical of the “art establishment,” by their words, NADA Miami is also the one of the only major American art fairs to be produced by a non-profit organization, and is recognized as a much needed alternative assembly of the world’s youngest and strongest art galleries dealing with emerging contemporary art. 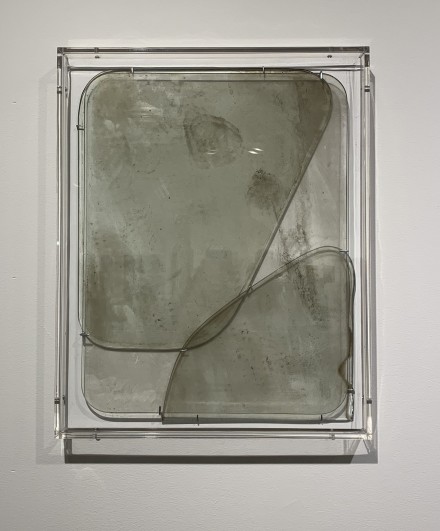 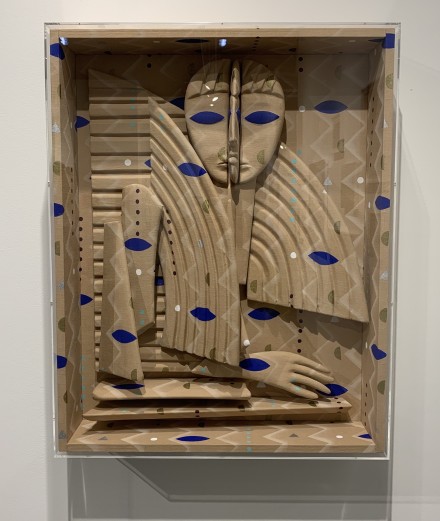 The result of this mission statement is a familiar atmosphere, where artists and gallerists chat away and greet each other with a grin and a hug. The work was equally engaging.  At JDJ/The Icehouse, artist couple Mark Barrow and Sarah Park had compiled a selection of knitted works and wallpaper that realized a deep, almost otherworldly interpretation of domestic space, while the Gordon Robichaux booth was presenting works by artist Leilah Babirye, combining industrial materiality with craft signifiers to create intimate, nuanced arrangements.  Derek Eller was also on hand, offering a diverse showing of works by Henry Gunderson, EJ Hauser, and more. 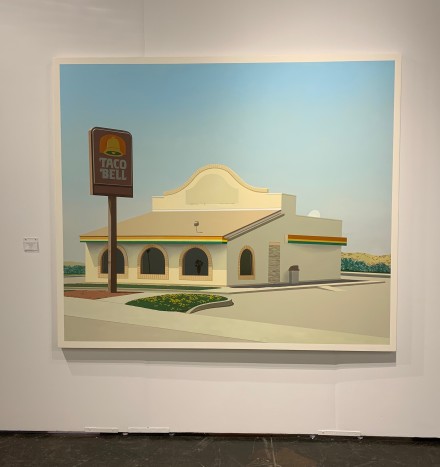 In the fair’s NADA Projects section, Know Wave was presenting an impressive collection of paintings by the artist Sue Tompkins, playful investigations of space and gesture the relied on light touches and brisk movements to achieve their effect, while Embajada was showing a series of detailed oil paints by Dalton Gata, cartoonish portraits and scenes that underscored a sense of playfulness and vibrant energy perfectly at match with the fair itself. 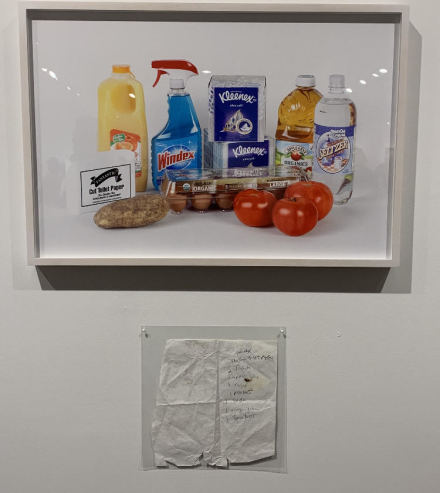 This sense of playfulness, of adventurous and imaginative art, once again underscored the vital place of NADA in conjunction with the rest of the week’s proceedings. Considering the glitz and glamor of the fair across the water, NADA offers another look at an art world united by mutual support, a mission that one only hopes will continue for years afterwards. 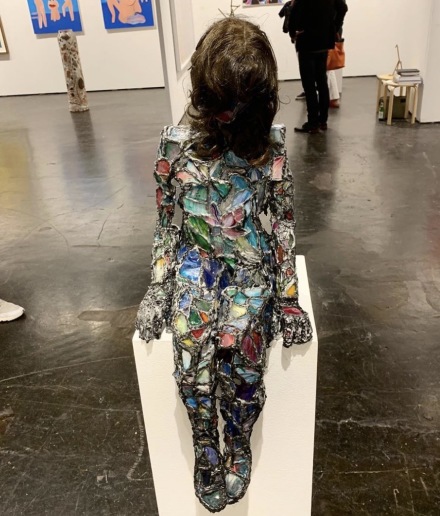 This entry was posted on Saturday, December 7th, 2019 at 2:43 pm and is filed under Art News, Featured Post, Show. You can follow any responses to this entry through the RSS 2.0 feed. You can leave a response, or trackback from your own site.