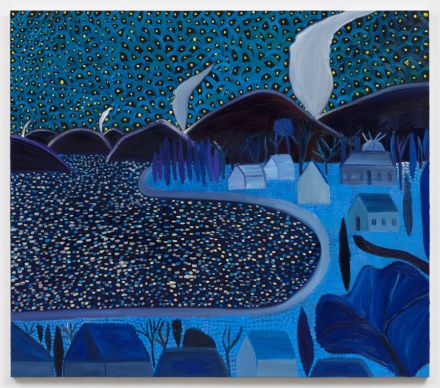 Passing away at the untimely age of 35, artist Matthew Wong left behind an impressive body of painted canvases, pieces that moved through a dynamic and compelling emotional range exploring light and shadow, space and bodies as shifting value systems rarely lingering in easy relief for any prolonged period. Opening just a few weeks after the artist’s passing, his current exhibition at Karma, Blue, continues this practice. 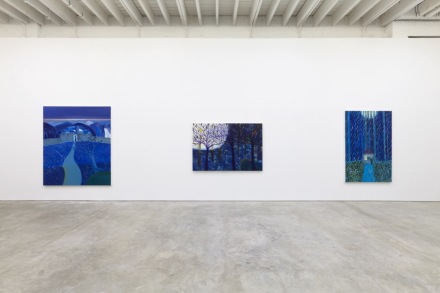 Wong casts the landscapes and interiors of his exhibition under the glowing spaces between light and shadow, the transitional states where light passes to dark, and day might fade slowly into the early hours of night. The works here, dusky and nocturnal, were intended as the coda, or sundown, to a previous series of day-lit oil and gouache paintings, exploring a watery, fluid treatment of both space and the light that bounds it. Delving in particular into the color blue, Wong was primarily fascinated with the idea of the color as a fluid ground upon which light and space could play out. 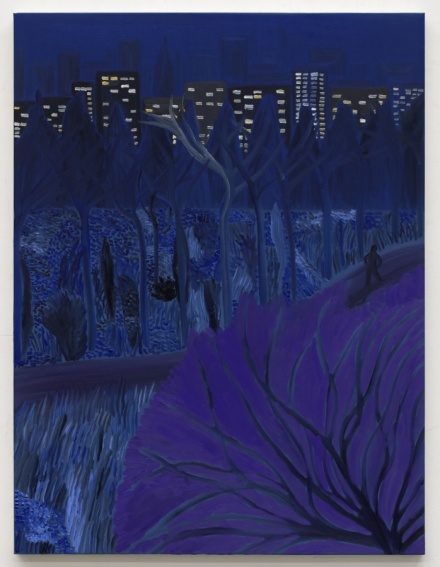 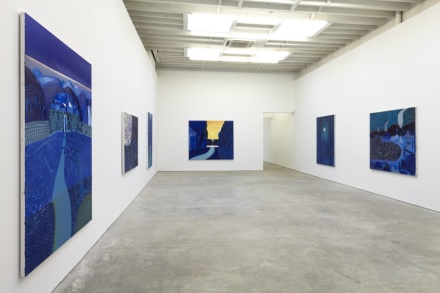 Wong concerned himself with the “blueness of blue”: its fluidity, its affect, and its uncanny ability to “activate nostalgia, both personal and collective,” according to the show’s press release, and his interest in subject matter that drifts into the personal sphere is underscored by the scenes themselves. Meditative and bucolic, they move between improvisation and memory, taking on characteristics where space and time are just as hazy as the light that floats into the picture plane. The images here were witnessed in Sicily, often on walks while traveling with his mother, the result being a time frame in which the artist both looks back on his past, and seems to delve into it more deeply to seek out elements and ideas either initially hidden, or emergent with the inclusion of new sensations. Wong’s rendering of light is dappled, corpuscular: a contrast to the smooth gradations of his interiors, and occasionally feature spotlights, cascading from a door or window left ajar. These moments and symbols, often implying a space just out of site, contributes to the allure and mystery of these works, and the sense of sadness that seeps forth when considering a talent gone too early. 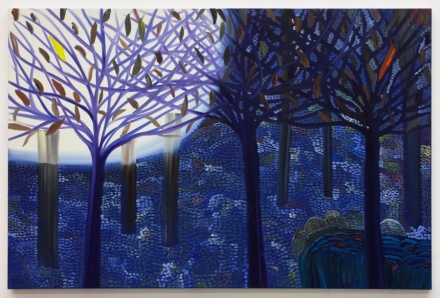 This entry was posted on Friday, December 27th, 2019 at 3:12 pm and is filed under Art News, Featured Post, Show. You can follow any responses to this entry through the RSS 2.0 feed. You can leave a response, or trackback from your own site.