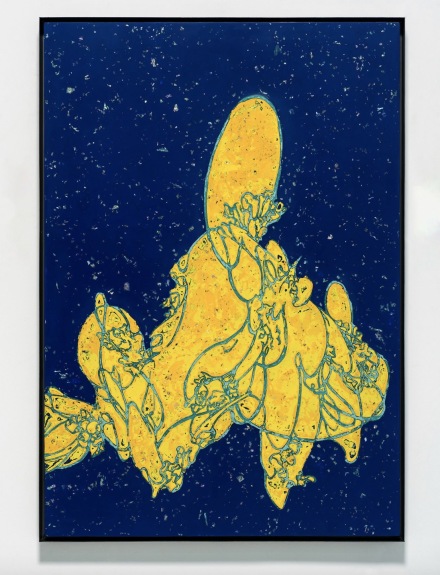 On view through January 18th in New York, the South Korean artist Lee Bul presents a selection of new works unified under the title Interlude: Perdu at Lehmann Maupin, a solo presentation that  features recent mixed media paintings from the artist’s Perdu series that blend biomorphic and cybertronic forms, vividly yet delicately rendered in acrylic paint and mother of pearl.  The artist’s work, which incorporates these divergent forms into a new formal language, makes for an expressive wrinkle in her broader body of work. 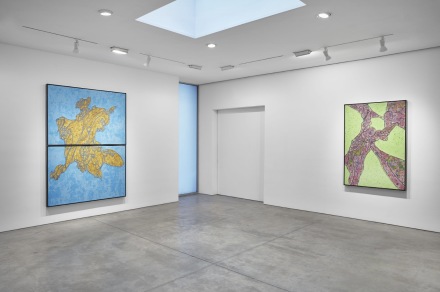 Bul’s work, often drawing on divergent explorations of the boundaries between representation and abstraction, explores a range of bodily forms and ruptures in the expression of the body and its replication as image.  Exploring the idea of the body in either transcendence over the physical form, or a sort of biological, evolutionary interlude, her work is both a constantly expanding graphical inquiry into the body in flux.  In her most recent Perdu works, Lee Bul explores these binaries, between the artificial and the organic, the conceptual and the material, time and movement.  Composed of organic and inorganic material such as mother of pearl, velvet, and acrylic paint, the artist’s otherworldly visions of fragmented bodies are seemingly caught on the move, at various distances and in differing detail. 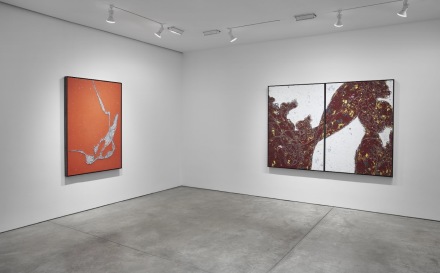 Drawing on the French word for “lost,” Bul’s work here takes the state of movement both as one of discovery and of loss, the transition of states turning familiar forms into something foreign.  The unfinished state of the forms in the Perdu works and overall theme of a physical and metaphorical yearning for completeness is rooted in these past iterations where anagrams, like cyborgs, are formed from reconfigurable parts.  Bul’s work, which here takes particular interest in the change and disappearance of states, the power and violence of these concepts and how it twists the body into unfamiliar forms. In Bul’s Perdu works, her anthropomorphic forms are presented as beautiful, disturbing creatures that might have something to tell us about humanity’s shortcomings. 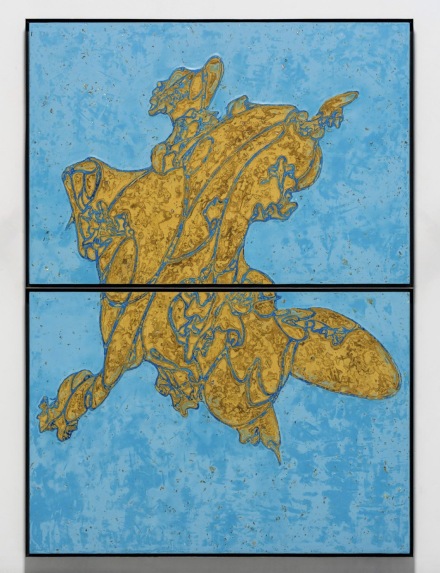 This message doubly cautions against blindly investing in any technotopian fantasy that promises perfection through bioengineering’s transcendence of the human condition not collectively, as utopia was envisioned, but individually and unequally—the conditions of dystopia. In this exhibition, Lee Bul offers viewers the opportunity to contemplate the current state of the world through a vision of the future that offers both hope and fear. She invites us to consider the human impulse to promote visionary and idealistic notions as an attempt to fulfill the elusive promise of a truly egalitarian and harmonious existence.

This entry was posted on Tuesday, January 14th, 2020 at 12:01 pm and is filed under Art News, Featured Post, Show. You can follow any responses to this entry through the RSS 2.0 feed. You can leave a response, or trackback from your own site.